Tonga. Just a few days into the new year, King Taufa’ahau Tupou IV appointedhis youngest son, 40-year-old prince ‘Ulukalala Lavaka Ata, as new prime minister. Crown Prince Tupouto, who left the government in May 1999 to engage in business and which some believed would get the post, had earlier objected that the prime minister should hold office for life. However, Tupouto said that Lavaka was the only one who could speak fully openly to the king.

In November, an Australian biotech company received exclusive right to research on Tongan’s genetic heritage. By taking DNA and blood samples from the country’s 100,000 residents, the company hopes to be able to find the causes of a variety of diseases, such as breast cancer. The population of remote islands is ideal for gene researchers because it is easy to trace the genetic heritage back several generations. 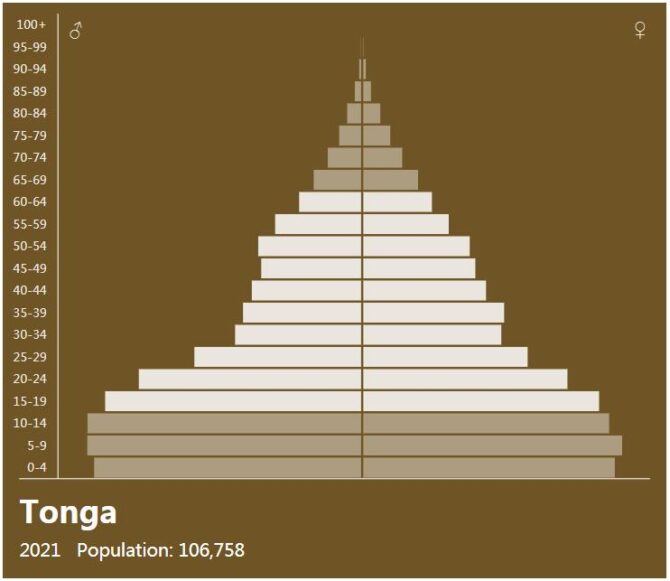 The archipelago of Tonga has been inhabited since ancient times: the Lapita people arrived there around 1550 BC and founded the first capital, on the island of Tongatapu. The Tu’i Tonga empire began to form around 950 AD and in the following centuries the Tongan warriors extended the borders to include parts of the current islands of Fiji, Samoa, Tokelau and Niue.

Discovered by J. Le Maire and WC Schouten in 1616, the T islands were visited in 1643 by A. Tasman and in 1773 and 1777 by J. Cook. In 1787 the arrival of missionaries ended a period of civil wars. However in 1799 the assassination of Emperor Tuju’aho threw the country in a new internal crisis that lasted for about 50 years, until George Tupou I reunited the kingdom under him, introduced the first form of constitutional government, and instituted a reform in the land allocation system still in use today. In 1899, the T islands, in serious financial difficulties, were placed under the British protectorate (1900). Progressively endowed with ample internal autonomy (1958 and 1967), the kingdom emancipated itself from the protectorate in 1970, remaining however within the Commonwealth. From the late 1980s a campaign for democratization was launched, which led in 1994 to the establishment of the first political party, the reformist People’s Party, but its victory in the 1996 elections for the renewal of the Legislative Assembly (composed of 30 members, of which only 9 eligible) did not change the balance of power. In 2006 George Tupou V ascended the throne; the new sovereign agreed to take charge of an agenda of democratic institutional reforms and set up a commission for the revision of the Constitution. The most significant changes were the renewal of the electoral system and the reduction of the king’s powers. In the elections of November 2010, with a turnout of 90% of the population, citizens were able to elect 17 of the 26 deputies of parliament (the rest remain the prerogative of the nobility). In March 2012, upon the death of Tupou V, Prince Ulukalala Lavaka Ata, brother of the deceased ruler, ascended the throne with the name of King George Tupou VI. The elections held in November 2014 saw the victory of the Democratic Party, whose leader S. ʻAkilisi Pōhiva has assumed the office of premier, reconfirmed after the new victory of the political group in the consultations of November 2017; in September 2019, following his death, he took over ad interim S. Sika.

Tonga is a member of the Pacific Islands Forum (Pif), was admitted to the United Nations in 1999 and in 2007, after about 12 years of negotiations, he joined the World Trade Organization (WTO).