Togo. Despite Parliament being totally dominated by the RPT presidential party, Prime Minister Eugene Koffi Adoboli was cast in a distrustful vote in August. Adoboli was criticized for failing to do anything about the country’s poor economy or improving relations with the western world. As new Prime Minister, President Gnassingbé Eyadéma appointed one of his closest confidants, Parliament Speaker Gabriel Messan Agbéyomè Kodjo.

In the fall, the UN and the OAU formed a commission to investigate the allegations that several hundred people were murdered in connection with the 1998 presidential election.

In April, the countries of the West African Union signed a trade agreement with the United States. Until now, they had been commercially oriented towards the EU.

The ruling party won the parliamentary elections in October 2002, prompting the main opposition parties to protest the way the votes were counted. In December, Parliament removed the clause in the constitution that prevented Eyadema from running for a third presidential term.

In February 2003, the EU declared its willingness to take part in organizing the elections in June, on condition that the government gave clear signals of desire for a democratic opening, would respect the election result and allow all political sectors to participate.

Surrounded by allegations of electoral fraud, Eyadema was elected in June 2003 for a third presidential term with 57% of the vote. The EU had decided not to send election observers, as the conditions were not in place for the conduct of a free and fair election. EU aid was suspended until October.

It was speculated that Eyadema – Africa’s longest-serving dictator with 35 years in power – was ill. He had not been seen since the celebration of Independence Day in January.

In September, about 150 soldiers were sent from Togo to Liberia to reinforce the West African peacekeeping force.

Eyadema died in February 2005. Following a proposed constitutional change, the military appointed his son Fauré Gnassingbé to the post of transitional president. A step that was condemned both within and outside the country and characterized as a coup d’état. Under the slogan “Togo, a dead country,” the leader of the Renewal Action Committee, Yawovi Agboyibo, called for demonstrations, and two days of demonstrations followed the military coup. The African Union threatened to impose sanctions on Togo.

The April presidential election was won by Fauré Gnassingbé with 60.22% of the vote. After the result became known, it came to riots in Lomé, where the opposition declared the election fraud and marked by a lack of transparency. Gnassingbe now formally assumed the presidential post, while at least 16,500 Togolese refugees fled to Benin and Ghana from the violence and chaos that ensued after the election. Many of the refugees criticized the security forces for assault.

In June, United Nations High Commissioner for Human Rights Louise Arbor stated that she would send a mission to Togo to investigate the reports of fundamental rights abuses in the country before, during and after the April presidential election. That same month, Gnassingbe appointed Kodjo to the post of prime minister. The opposition leader thus returned to the same post he had held in the 1990s. The president’s brother, Kpatcha Gnassingbe, was appointed Minister of Defense.

Opposition leader Harry Olimpio was accused by the government in February 2006 of planning an attack on a police headquarters a month earlier. Olimpo denied knowledge of the attack, and stated that he himself had received anonymous calls warning him of a plan the security forces had put in to murder him. 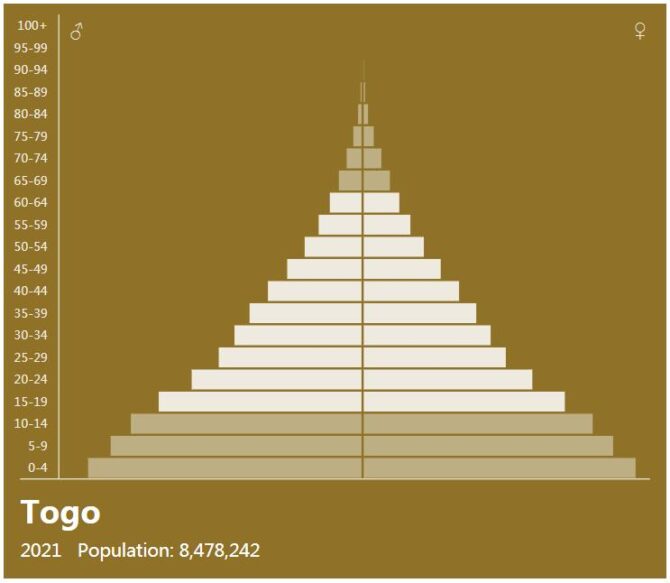