Samoa. Samoa and the territory American Samoa in January signed an agreement on cooperation in trade, education, health care, agriculture and the judiciary. The relationship has at times been strained between the two territories since Western Samoa changed its name to Samoa in 1997, which may give the impression that there is no other territory with that name.

Two former ministers were sentenced in April to death accused of instigating the murder of a third minister, Luagalau Levaula Kamu, in 1999. The convicted were later sentenced to life imprisonment.

In 1993-94 there was a significant decline in exports, which exacerbated the trade deficit. In 1994, export revenue corresponded to just 4% of import expenditure. Foreign exchange earnings from Samoan workers abroad partially offset this lack of trade balance.

Following the advice of the United States, Samoa opened itself to foreign investment in tourism, which involved the construction of hotels and airports.

The introduction of new goods and services taxes in 1995 and a 15% cut in public service spending led to strong public protests.

In the 1996 elections, Prime Minister Tofilau Eti Alesana’s party lost much of its support. Still, it was able to retain power through alliance with independent groups and continued liberalization of the economy, eliminating tariffs and reducing taxes. Towards the end of the year, the burning of forest to create agricultural land came out of control and destroyed a large part of the natural forests. In November, Eti was forced to resign as a result of cancer. He was replaced at the Prime Minister’s post by Tuilaepa Sailele Malielegaoi. 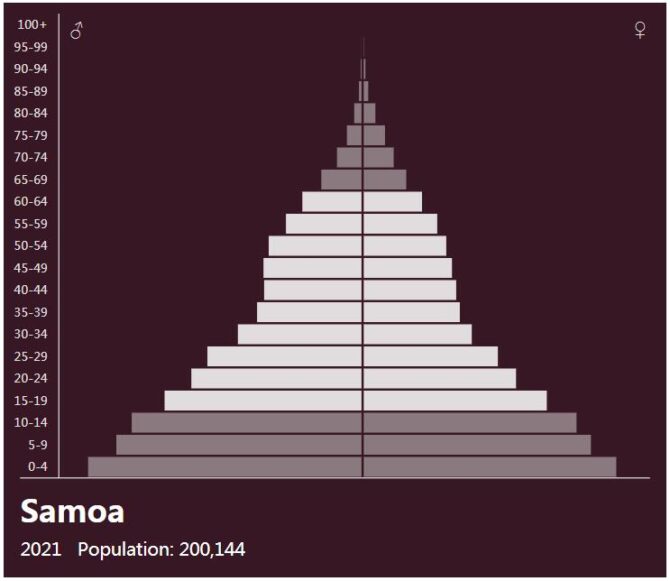