Yemen and Saudi Arabia signed a permanent border agreement on June 12 to end 65 years of conflict between the countries. Under the agreement, the countries’ forces would withdraw about two miles from the border on both sides. At least ten Yemeni soldiers had been killed on January 20 after Saudi forces took control of Jabal Jahfan mountain seven kilometers into Yemeni territory.

Seventeen US flutists were killed on October 12 when US fighter USS Cole was blasted into the air in a suicide attack in the port city of Aden. Two previously unknown Islamist Yemeni groups claimed responsibility for the deed and declared it a revenge for US support for Israel during the Palestinian uprising. Later in the year, six suspects were arrested, but the main suspect was still on the loose.

Swedish technician Anders Salenius, an employee of the Swedish company Sweco, was held hostage by a rebel group belonging to al-Zaidi clan for two weeks in November. The kidnappers demanded that the Yemeni government, in exchange for Salenius, hand over a piece of land that they claimed. Salenius, who suffers from diabetes, was released unharmed on November 30. It was unclear if the government had made any concessions. Over 200 foreigners have been kidnapped in Yemen in recent years. Most have been released unharmed, but Norwegian diplomat Gudbrand Stuve was killed in a fire in June as police tried to free him and his son from a gang that kidnapped them.

Yemen, like Saudi Arabia, was hit in September by an epidemic of Rift Valley fever.

Throughout the fall of 2015, the United States on several occasions clamped down on the launch of independent UN investigations into Saudi war crimes in Yemen, and in January 2016 UN Human Rights Representative in Yemen, George Abu al-Zulof declared persona non-grata in the country. In February 2016, UN Secretary-General Ban Ki Moon openly called for a boycott of the country when he declared that the countries that had signed the International Arms Trade Treaty were legally obliged to suspend arms sales to countries that used the weapons for war crimes. The European Parliament also adopted in February a boycott of arms sales to Saudi Arabia. However, the decision was not legally binding and the EU member states therefore continued their lucrative sale of weapons to Saudi Arabia.

In April-June there were negotiations on a ceasefire. A fragile ceasefire came into force in June, but already after two months it collapsed. Saudi Arabia resumed its serious war crimes in the country. In August, the country bombed a hospital run by Doctors Without Borders in Abs. Eleven patients and staff from MSF were killed. It was the fourth time in 15 months Saudi Arabia had bombed a hospital run by the organization. This was a very serious violation of the 4th Geneva Convention. A few days before, the country had bombed a school and killed 10 schoolchildren, all under 15. By then, a factory had been bombed and 14 killed. Saudi Arabia responded by giving its soldiers and officers an extra monthly salary.

A September 2016 analysis showed that Saudi Arabia is largely bombing civilian targets in Yemen. This is especially true in the province of Saada, where in May 2015 the sheep threw down leaflets announcing that the entire province was a target of war and that the people should leave it. Since then, schools, mosques, marketplaces and residential neighborhoods have been bombed. But also Taiz province was subjected to intense bombardment by the civilian population. The most spectacular was when Saudi Arabia in September 2015 bombed a wedding, killing 135 wedding guests. The analysis also showed that Saudi Arabia does not bomb in the areas under AQAP’s control. On the contrary, Saudi Arabia’s war against Yemen has allowed AQAP to expand its control over large tracts of land in the central and eastern part of the country. (How Saudi Arabia’s airstrikes have hit civilian life in Yemen, Guardian 16/9 2016). 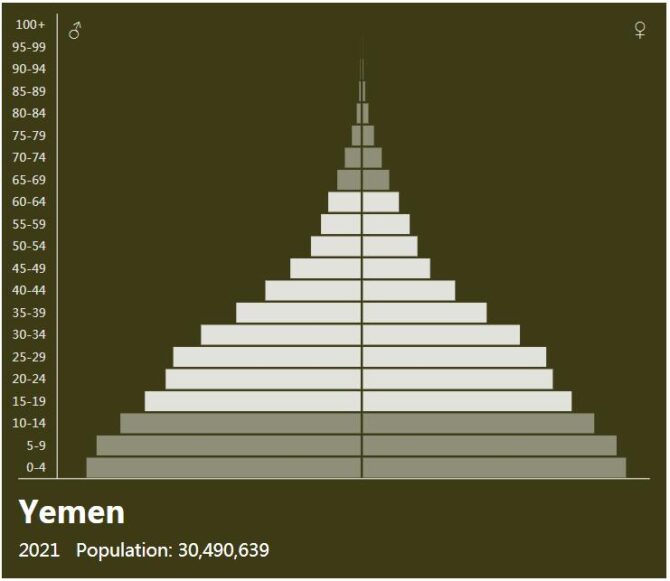