Vanuatu. The annual Geopolitical Drugs Watch report found in April that Vanuatu has become one of the world’s most important money laundering tax havens by the Russian mafia and other crime syndicates. Drug traffickers from both the Northern and Southern hemisphere invest their illegal profits in traditional markets on a number of South Sea islands, from gold and diamonds to cocoa and coffee. Vanuatu has neither income tax nor corporation tax.

In September, the Vanuatu government presented a program aimed at 100 percent renewable energy supply, primarily through hydrogen and geothermal energy. All imports of oil, gasoline and diesel will cease last 2010. Vanuatu is today very oil dependent.

Volcano Manaro began spewing ash and smoke in December 2005, and the threat of volcanic eruptions led to thousands of inhabitants being evacuated from the island of Aoba.

In May 2006, Parliament was convened extraordinarily to consider a package of bills drafted by the Prime Minister. They included: the administration of prisons, the establishment of an agricultural bank, and changes in the judiciary. In June, the government announced a new five-year strategic development agreement with New Zealand’s aid agency NZAID. The agreement focuses on poverty reduction – especially in rural areas.

In the late 0s, Vanuatu strengthened its relations with Cuba. Cuba had sent doctors and nurses to the country since the beginning of the decade, and there was also cooperation on climate change.

After 3 electoral elections in September 2009, Iolu Abil was elected president of an electoral college. He beat 6 other candidates.

In October 2009 and again in May 2010, Vanuatu was hit by significant earthquakes, which did not, however, trigger larger major tsunamis. The country is close to the fault between the Australian plate and the Pacific plate.

Edward Natapei formed a government and became prime minister in September 2008. He survived several distrustful elections in parliament through 2009 and completed a major government transformation in November 2009. Subsequently, however, he was removed as prime minister and lost his seat in parliament. Allegedly because he had failed to attend three sessions in parliament without notifying the President. The post of Prime Minister was then taken over by Serge Vohor. 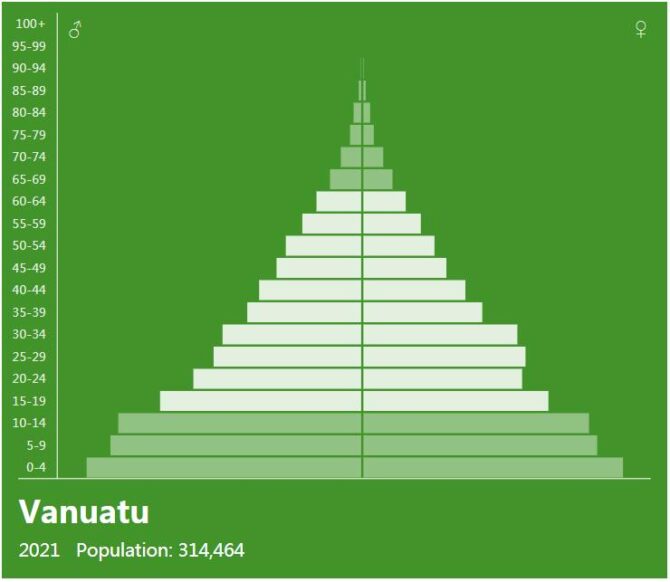