Uzbekistan. President Islam Karimov was re-elected in January for a new five-year term. According to official data, he received close to 92% of the vote. Karimov’s only allowed opponent was his party brother Abdulhafiz Jalalov, philosophy professor and leader of the People’s Democratic Party, the reformed Communist Party.

Karimov rules a lot, but shows signs of concern about the growing support of fundamentalist Islamic groups. In connection with the end of the fasting month of Ramadan, he said, for example. that the Uzbek exiled former Islamic leader Sheikh Mohammed Sadeq was welcome to return to Uzbekistan.

In August, Islamic rebels from Afghanistan entered Uzbekistan via Tajikistan. The rebels were reported to be led by two leaders in the Islamic Uzbekistan Islamic Movement. Their goal was considered to be establishing an Islamic state in the Fergana Valley of eastern Uzbekistan, against the border with Tajikistan and Kyrgyzstan. The rebels were also reported to be involved in drug smuggling from Afghanistan to the Russian Federation and Europe. Struggles were fought between the rebels and the Uzbek army, and the Uzbek authorities claimed that 20 rebels and 12 government soldiers had been killed. In September, one Islamist was sentenced to death and 13 others imprisoned for involvement in a similar Islamist uprising in 1999. To stop infiltrators, Uzbek military mined heavily guarded border areas against Tajikistan and Kyrgyzstan.

Severe drought hit in the summer and autumn of the Karakalpak area in western Uzbekistan. About 90% of the harvest dried up, and Uzbekistan appealed for international aid.

In November 2004, extensive demonstrations took place in Kokand, located in the eastern part of the country, at the western end of the Fergana Valley. Thousands of people demonstrated in Kokand’s streets against new laws that restrict trade. One of the laws declared the use of middlemen illegal and another required all merchants to have a business letter. Protesters marched towards City Hall, threw stones at police and lighted fire on several of its cars. Acc. the government passed the trade laws to ensure consumers lower prices.

In May 2005, the largest public uprising took place since the country’s independence in 1991. It triggered widespread government repression with hundreds of people killed in the city of Andiján in the country’s eastern part. Thousands of armed protesters brought the city into chaotic situation with the release of prisoners and clashes with government security forces. Although Karimov and the government claimed the killers were terrorists, NGOs, opposition leaders and foreign journalists pointed out that there were women, old people and children among those killed. The number of people killed didn’t vote either. Acc. the government was number 169, including 32 members of the security forces. Other sources provided much higher numbers. Britain’s Foreign Ministry spoke of 500. Opposition leader Nigara Khidoyatova of the Free Peasants’ Party maintained – despite Karimov’s dementia – that 745 had been killed by the bullets of government forces during the clashes. In Geneva, the chairman of the NGO Judicial Assistance Association headquartered in Tashkent, Nozima Kamalova, declared that the country was a dictatorship, that there were 6,000 political prisoners in the country’s prisons and that the human rights situation was critical. As a consequence of the massacre, the EU imposed sanctions on Uzbekistan.

Prime Minister Mirziyoyev and South Korea’s Prime Minister Han Myeong Sook met in Tashkent in September 2006. They agreed that Uzbekistan should supply 300 tons of uranium ore to South Korea in 2010-14. Trade between the two countries grew significantly in the following years. 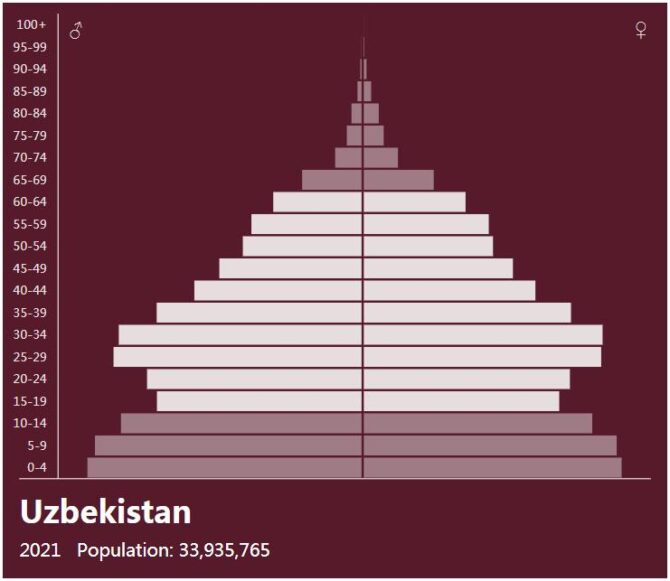