Uruguay. In March, newly elected President Jorge Batlle took office. One of his main priorities has been the structure of the free trade organization Mercosur. He has made himself the spokesman for its smallest members, Uruguay and Paraguay. criticized the other two members Argentina and Brazil for “bilateralising” the organization.

In April, Batlle dismissed Army Chief of Staff General Manuel Fernández and placed him under house arrest. The reason was that Fernández, who is considered a leader in the ultra-nationalist officer group Tenientes de Artigas, who was behind the military coup in Uruguay in June 1973, publicly vented the possibility of resuming the “fight” against the same Marxist-Leninist enemy as then. President Batlle has had in-depth discussions with the strong man of the Uruguayan left, Tabaré Vázquez, and has committed himself to investigating what has happened to the people who “disappeared” during the military dictatorship 1973-85.

For the first time in 20 years, business owners, business owners and workers joined on April 16 in extensive protest actions against the government’s economic policy. The extensive strikes paralyzed the health, education and transport sectors as well as the banking system. They were organized by 29 organizations that were part of the Association for Growth and the national organization PIT-CNT. Among the participants were several hundred riders who, over several days, had saved for participating in the actions. The activists condemned that 35% of the companies went bankrupt in the period 1998-2002, that 15 farmers have to turn the key daily because of debt and that 75,000 workers have been sent out into unemployment.

In May, the president announced nationwide radio and TV a new set of financial emergency measures to mitigate the consequences of the crisis. The crisis package increased corporate taxation, put VAT on public water supply and public transport, and increased the tax burden. During the president’s speech, several of Montevideo’s neighborhoods responded with “caceroleadas” (the people knocked on empty pots). The president had promised that the crisis package implemented in February would be the last of his reign.

One month later, in an interview with financial TV channel Bloomberg TV, Batlle declared that Argentine politicians “all as one are once thieves”. The next day he traveled to Buenos Aires where he offered a “public apology to the Argentine people” with tears in his eyes. He acknowledged that he had made a “mistake” when he made his controversial statement, according to. he himself had been recorded without his knowing “off the record”, but which the journalist had chosen to bring anyway.

On June 20, the dollar exchange rate exploded by 40%, after Finance Minister Alberto Bensión declared that foreign exchange policy would be changed and the exchange rate set free. The Washington IMF supported the decision, while public discontent was expressed in numerous demonstrations.

Following the resignation of Minister of Economy Bensión, on July 22, Attorney General and Senator Alejandro Atchugarry was appointed new Minister of Economy. The currency crisis had led to a constant foreign exchange flight out of the country threatening to collapse the banking system. One major bank had already suspended payment in June and was investigated for suspected fraud. On July 30, the central bank decided with immediate effect to introduce a “bank holiday” – the first in decades. The consequence was that the financial transactions were put on hold.

Along with persistent rumors that a ceiling on bank withdrawals and looting of many businesses would be introduced in the capital, the central bank decided to extend the “holiday” to August 5, when it announced that the United States had decided to give Uruguay a $ 1.5 billion loan US $. 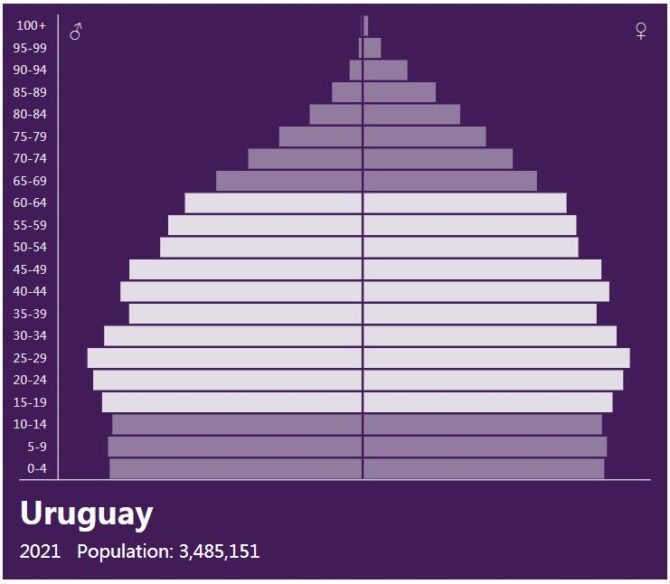