Netherlands. After many years of intense debate, active euthanasia has now become legal in the Netherlands. Under the new law, euthanasia can be given to patients who have expressed a desire to die and who suffer from an incurable disease that causes incurable pain.

The debate over labor shortages involved politicians for most of the year. The official unemployment rate in 2000 was a modest 2.5%, and 10% of the industry stated that the labor shortage hampered companies to expand. The labor shortage is a problem for almost all sectors of Dutch society, and in order to overcome some of the shortage, the Netherlands is now investing heavily in e-commerce. 10% of all food sales and 15% of all other sales will be possible via the Internet within a few years, according to the plans.

The tragic explosion accident outside Enschede in May led to an upset debate about corporate responsibility in society.

The majority of the population work in industry and the service industries. The most important industrial branches are the metal, textile and food industries. Also important are ship production (in Amsterdam and Rotterdam), the electrotechnical industry (the Philip Group in Eindhoven) and the chemical industry with an emphasis on oil refineries (at Rotterdam). Rotterdam is the largest port city in Europe.

The most important energy resource was formerly coal (Limburg province, farthest in the southeast), but this extraction was discontinued only in the 1970’s. The gas fields in the province of Groningen in the northeast today cover a considerable part of the Dutch energy demand.

The Netherlands has acquired a number of ethnic minorities after World War II. The most important are immigrants from Suriname, the Netherlands Antilles, Morocco, Turkey and the southern European countries. The major conflicts in the 1970’s were concentrated on the South Moluccans, originally from eastern Indonesia.. They were used as elite troops in the Dutch colonial army in Indonesia, and refused to accept the colony’s independence. They were therefore transferred to the Netherlands and live as a discriminated and isolated minority. Many of them sought a foothold in the notion of an independent South Moluccan Republic. An idea that the Dutch government has consistently refused to accept. In the 1970’s, a number of young South Moluccans responded to this rejection by carrying out several terrorist acts that exacerbated the Dutch racial problem. 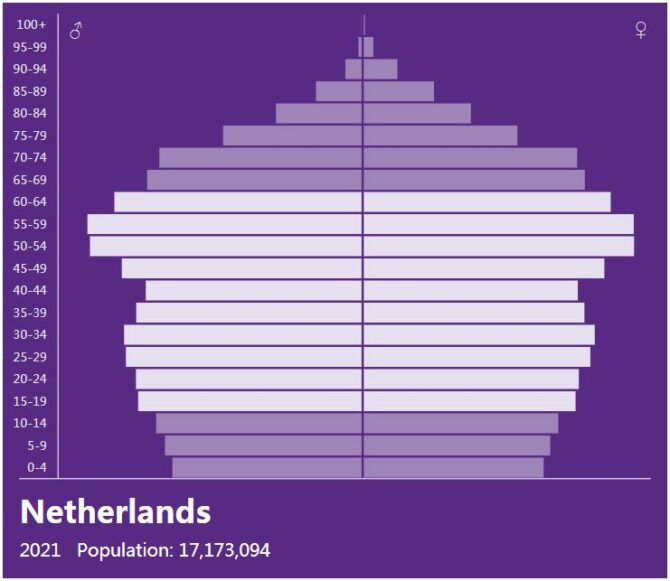