Opposition leader Afonso Dhlakama threatened in late autumn to resume the civil war to force President Chissano out of power. Dhlakama accused the presidential party of FRELIMO of cheating in the December 1999 elections. Supporters of RENAMO staged violent protest demonstrations in the country’s central and northern part, killing 41 people.

Assessors believe that Mozambique must review the electoral law and the constitution in order to achieve political stability.

In 1990, peace negotiations began between the Maputo and RENAMO governments. It became possible when a constitution was adopted that opened up the establishment of several parties in the country. The one-party system was one of the arguments of the counter-revolutionaries for the implementation of their terrorist acts.

In October 90, the authorities in Manica declared the state of emergency. It was one of the most fertile in the country but, like other regions of the country, was affected by the drought that had already done away with most of the crops. The drought was the worst in 40 years, causing enormous deprivation among the region’s 300,000 inhabitants. As a result of the situation, Joaquim Chissano asked the government for international food assistance. The country needed over 1 million tonnes of food to prevent the famine that was the result of the drought and war.

In November, the government and RENAMO in Rome signed a protocol on the parties’ activities. It was to precede actual recognition of the rebels as a legitimate political party. At the same time, the protocol should be the first step to a genuine peace agreement. It also established the right to freedom of speech, information and assembly, as well as the conduct of elections.

An actual peace deal was dependent on the refinancing of the country’s $ 1.6 billion foreign debt. Prime Minister Machungo declared that the country was the victim of interrupted assistance from Soviet and former Eastern Europe.

However, RENAMO continued its terrorist activities, and the election that had been agreed to hold in 91 was therefore postponed. In March 91, the opposition party PALMO (Mozambique’s Liberal and Democratic Party) was formed. The following month, a coup d’état organized by a wing of FRELIMO opposed the peace talks failed. In August, Chissano was re-elected at the 6th congress of FRELIMO, and Feliciano Salamao was appointed Secretary General of the party.

At the beginning of 92, the new legislation on political parties became one of the main barriers to progress in peace negotiations. The Chissano government initially proposed RENAMO to include a special section to guarantee the political rights of its members, but the rebels rejected the offer. The armed opposition also rejected the requirement that there should be at least 100 registered members in each province – as well as the capital – for a party to be registered. 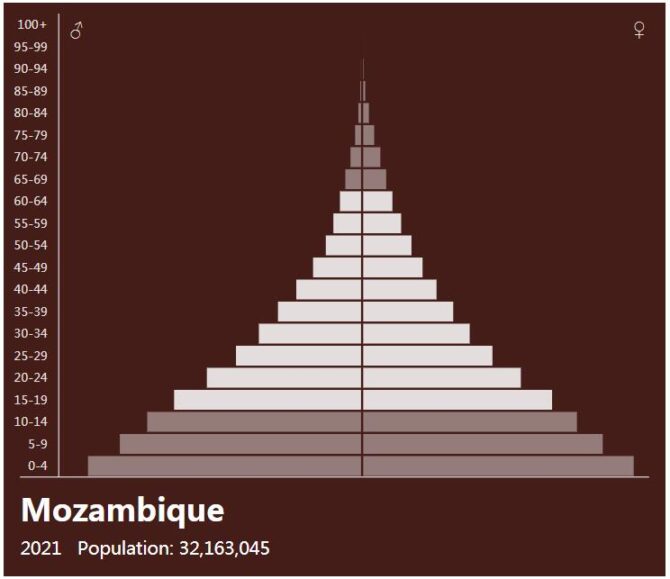 History and order. – Already declared an integral part of Portugal in 1935, it took the name of “Portuguese overseas province” by law of 11 June 1955. It has the right to elect three deputies to the National Assembly of Lisbon, who may also be non residents in the province. On the basis of the organic law for the overseas provinces of 1953, the general governor is the highest authority in Mozambique, even if strictly controlled by the Minister for overseas, especially in financial matters; in theory, it can legislate by decree on all matters that are not within the competence of the National Assembly and the Ministry. The same law created a Legislative Council, made up of 16 elected and 8 appointed members, and changed the composition of the already existing Governing Council, which continues to have only advisory functions. For the indigenous politics of Portugal and the division of the residents into populaçao civilizada and não civilizada, v. angola, in this App.