Morocco. Half a million Islamists demonstrated in Casablanca on March 12 against the government’s plan for increased gender equality. After the demonstration, the bill was sent out on a new investigation round, and the responsible minister, Sad Sadi, was dismissed. Abd as-Salam Yasin, leader of al-Adl wa-l-ihsan (Justice and Charity), was released in May from the house arrest to which he had been sentenced since 1989. Later in the year, the government decided to allow Imams to hold religious sermons against nudity on the beaches, which has previously been banned.

The government was reported during the year to have forced ten Moroccan newspapers to close. Among them were three political weekly magazines that closed in early December after publishing reports that a group of socialists in 1972 had attempted to assassinate King Hassan II, when the current Prime Minister Abderrahmane Youssoufi was a socialist leader.

Morocco and several other Arab countries broke their diplomatic relations with Israel in October because of the violence in the Palestinian territories.

A large oil and natural gas discovery was made in August in the Talsinnt region near the border with Algeria. The findings were estimated to correspond to up to 2 billion barrels. M. has so far imported all its oil.

On June 6, over 60,000 in Rabat and Casablanca demonstrated under the words “Down with the tyranny” and “Down with the corruption”. They carried large photo booths of Kamal Amari, who had been killed by police during a May 29 demonstration.

On June 17, the King announced in a TV speech that he had drafted constitutional amendments that were submitted for voting on June 1. February 20 the motion rejected King’s reforms. They demanded a “democratic constitution” and a “parliamentary monarchy”. That is why they called for a boycott of the referendum. On July 2, the regime announced that the new constitution had been adopted with 98.5% of the vote and that the voting percentage had been 73.5%. The constitutional amendments formally consisted in the prohibition of torture, inhuman and degrading treatment, arbitrary arrests and disappearances. However, the security forces continued their practice so far. The demonstrations also continued unchanged and so did the security forces’ zero tolerance of the protests.

As a result of the protests in Morocco, the king accelerated the holding of parliamentary elections until November 2011. It was won by the moderate Islamic Justice and Development Party, which gained 22.8% of the vote. That was a doubling of the party’s result in 2007. The mandate went from 46 to 107. The party’s leader Abdelilah Benkirane was appointed by the king as prime minister for a minority government. Turnout increased slightly to 45%.

Women demonstrated in Rabat in April 2012 after young 16-year-old woman Amina Filali committed suicide. The background was that a court had ordered her to marry a man who had raped her.

Since 2008, Morocco has had special status in the EU. Ie that the country receives preferential treatment among the EU’s neighboring states. It receives DKK 580 million. € in EU assistance in 2011-13. The country is also close to the United States and receives $ 697 million. US $ in 2008-13. In 2011, the US Department of Foreign Affairs welcomed the political reforms in the country and women’s rights.

In February 2013, a military court sentenced 25 Saharui prison sentences – 9 of them to life imprisonment. Despite the adoption of a new constitution in 2011 that included improvements in the human rights of citizens, the practice of the authorities remained unchanged. Security forces routinely attack protesters, torture is widespread at the country’s police stations, and laws continue to criminalize acts that may be interpreted as offensive to the king, monarchy, Islam or Morocco’s sovereignty over Western Sahara – which is not recognized by any state in the world. Journalists and bloggers who write articles that can be interpreted as a criticism of the king, of leading politics or of the country’s actions in Western Sahara are routinely subjected to harassment, bitching or imprisonment. The same goes for musicians. 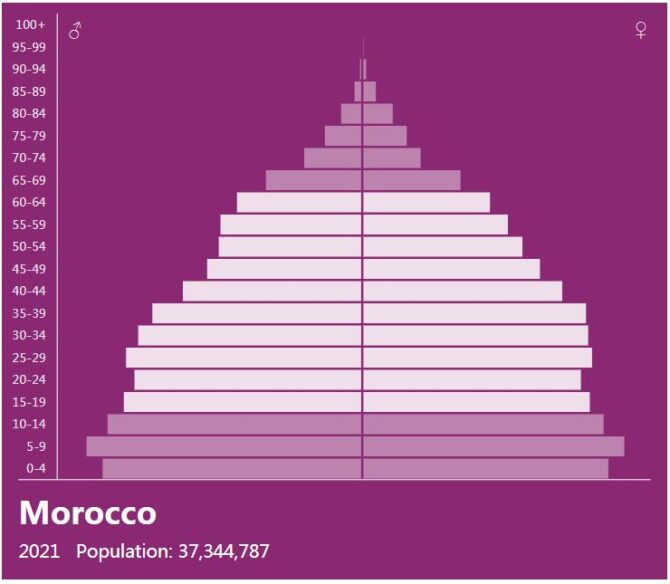