Madagascar. Madagascar was hit in February-April by three difficult cyclones, called Eline, Gloria and Hudah. A few hundred people perished in the storms, while around 50,000 became homeless. Road networks and electricity supply were severely damaged, and large coastal areas were submerged. The devastation exacerbated an already ongoing cholera epidemic, which in February alone claimed 384 lives. About half of M’s vanilla plantations were destroyed, which will cost the country more than half a billion SEK. per year in lost export earnings. Vanilla normally accounts for one fifth of Madagascar’s exports.

Violent rainfall caused floods in March 2005 and caused major damage to the country’s agricultural production. 25 were killed and 58,000 were affected. Over 2600 hectares of rice fields were destroyed by rain and floods. It increased the fear that for the second year in a row food would be lacking in the provinces of Toamasina and Mahajanga. The country was still marked by the 2004 natural disasters.

In March 2006, the World Bank, together with the IMF and the African Development Bank (ADB), decided to forgo 13 African countries’ foreign debt – including Madagascars. It happened with effect from 1 July.

In November, General Fidy apparently attempted to conduct a military coup against Marc Ravalomanana. However, it subsequently denied Fidy, stating that he had simply called on the government to resign – without the use of force. Ravalomanana won the presidential election in December with 54.8% of the vote, thus entering his second presidential term.

A number of reforms of the Constitution, including increased the president’s power considerably was passed by 75% in a referendum in April 2007. At the September parliamentary elections, the president’s TIM party got 105 out of the 125 seats held.

In January 2009, a series of violent protests began against President Ravalomanana. The protests were led by Antananarivo Mayor, Andry Rajoelina. Ravalomanana hit hard on the protests that over the next two months cost around 170 lives. But along the way, he lost his support in the military, increasingly orienting itself to the popular Rajoelina. The conflict ended in March, forcing Ravalomanana to resign and the presidential post taken over by Rajoelina. Both the European Union and the African Union refused to recognize the new regime, as it had not been elected democratically but deployed with violence. Despite the diplomatic distance, both the EU and the US continued their aid programs in the country. As one of its first acts as president, Rajoelina terminated an agreement the South Korean Daewoo Logistics had concluded to lease a large portion of Madagascar’s agricultural land. Daewoo wanted to produce agricultural products for the South Korean market. Rajoelina declared: “We do not mind working with investors, but if you want to sell or lease the land it requires a change of constitution and then the people must be asked.”

In August, Rajoelina met former – and exiled – Presidents Marc Ravalomanana and Didier Ratsiraka, as well as former President of the Republic of Malagasy Albert Zafy. The reconciliation meeting between the 4 had former Mozambican President Joaquim Chissano as a mediator and took place in Maputo.

In November, a rallying government was inaugurated with supporters of both the current and ousted president. As part of the deal, Rajoelina continued on the presidential post, but there was no room for Ravalomanana.

Following several postponements, a referendum on the new constitution was held in November 2010. It was adopted with 73% of the votes cast, but the turnout was low – just 52.3%. The opposition criticized various aspects of the new constitution. It allowed the head of the Transitional Council (Rajoelina) to continue in office until a presidential election could be held, which in turn did not set a deadline. Rajoelina stated that he had no plans to run for president, but on the other hand the age limit was lowered from 40 to 35 years, which would allow him to change. At the same time, the new constitution required candidates to have stayed for 6 months in the country before the election in order to participate. It will exclude more exiled candidates. 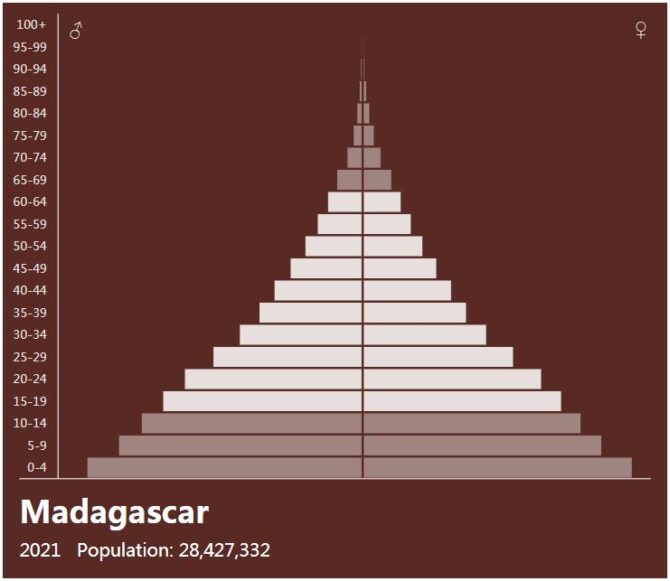