Hungary. In June, Professor of Law Ferenc Mádl was elected by the National Assembly to the new President of Hungary. Mádl, who was the joint candidate of the leading coalition parties, pledged to promote reconciliation and cooperation in Hungarian society and to support Hungary’s quest for EU membership. Mádl succeeded Arpad Gönsz, who during his two periods as president became the country’s most popular politician.

Great public interest was directed during the year to the investigation of widespread corruption and illegal oil trade during the 1990s. Parliament’s investigative committee was harshly criticized for presenting politically colored conclusions but did not map the links between organized crime, political power holders and judicial representatives. However, the Public Prosecutor continued to work on the deal.

At the end of the year, Hungary received a good rating from the EU for its adaptation to the Union’s requirements, and the country was generally considered to be among the most Eastern European countries seeking membership. GDP growth was estimated to be 5.5% during the year, while inflation was expected to be 10%. During the year, the Government decided to raise the minimum wage to the equivalent of SEK 1,300. Unemployment was on average 6%, but in parts of eastern and northeastern Hungary it was over 20%.

In the first months of 1997 negotiations were started on the accession of Hungary to NATO. To be admitted, the country had to accept the deployment of nuclear weapons and NATO troops on Hungarian soil. The admission was approved by a November referendum. 85% voted in favor, but only half of the population used their voting rights.

There is a significant minority of Hungarians in Romania and relations with this country improved after former Communist Ion Iliescu and his government of ultranationalist parties were defeated in the elections. They had pursued a hostile policy towards the Hungarian minority and the Gypsies. In 1998, Hungary continued its diplomatic efforts to become a member of the EU.

In February 1999, Parliament voted overwhelmingly for the country’s accession to NATO. 330 voted in favor, 13 against and 1 abstained. The main opponent of the proposal was the extremely right-wing Party of Justice and Life. In March, Hungary, Poland and the Czech Republic were included in the military alliance – a month earlier than originally planned and just two weeks before the alliance started war on Yugoslavia.

In February 2000, 100,000 m 3 cyanide ran from a gold plant into the river Tisza in neighboring Romania. It triggered the worst environmental disaster in the area since the Chernobyl explosion in 1986. Along 40 km of the river, all life was killed, from bacteria to fish and plants. Tisza flows further into the Danube River, destroying drinking water supply in Yugoslavia, Romania and Hungary. In March, two more minor spills occurred, prompting the authorities to file a lawsuit against the Romanian mining company, which in turn had declared bankruptcy shortly after the first spill.

The position of women

Today, women’s participation in politics is poorer than before the reforms in 1989. In the 90 elections, women won 7½% of the seats while in 85 they won 21%. Women make up 46% of the labor force of 4.85 million, but the trend is downward. The new ideological position is that the “natural order” must be restored. Women need to “go home to the meat pots”, but this attitude clashes with the country’s economic reality, where it is necessary to receive two salaries to meet the needs of the family.

The women’s struggle is also about the right to free abortion. Over the past 25 years, 4 million legal abortions have been carried out in Hungary, but almost all political parties – except the Federation of Young Democrats and the Free Democrats – have voted against continuing this practice. Hungary’s Feminist Network is responsible for conducting a campaign against the illegalization of abortion, the defense of women’s living conditions, the right to work and health. 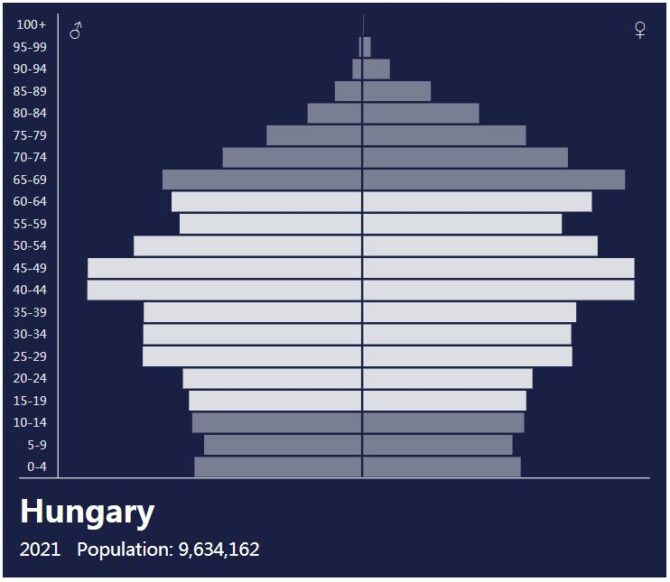