Equatorial Guinea. President Teodoro Obiang Nguema and parts of his government moved from the capital Malabo on the island of Bioko to Bata on the mainland. The government move was said to stimulate development in Bata, the country’s second largest city, and within a couple of years the administration is expected to return to Malabo.

Malabo, formerly Santa Isabel, the capital of Equatorial Guinea; 187,300 residents (2012). The city is located on the island of Bioko in the Gulf of Guinea and is the country’s political and commercial center; from here cocoa is exported from the island’s plantations. Since 1992, the port has also handled oil exports from an offshore field NV for the city. A lavish conference center has been erected for oil revenues and a refinery has been established, but otherwise the global economy has not come to town.

The British established a naval base here in 1827, but only with the takeover of the Spaniards in 1843 did the city matter. The city core remains characterized by Spanish colonial architecture, albeit somewhat decayed. 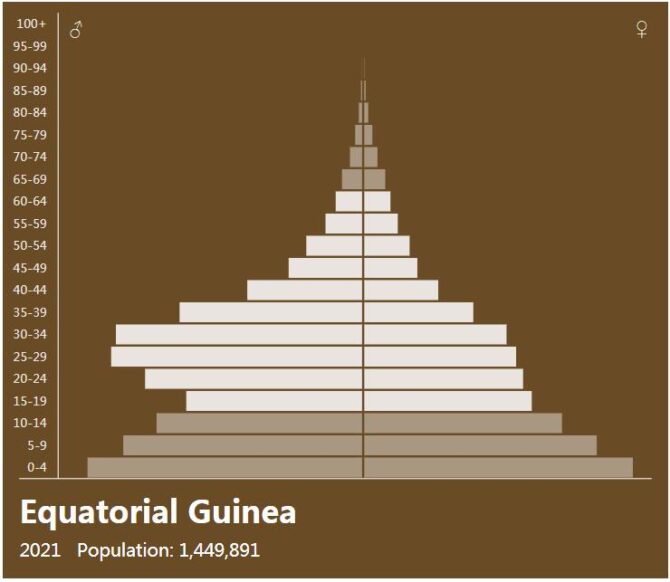