El Salvador. In elections to the congress March 12, the old guerrilla organization FMLN (Frente Farabundo Martí para la Liberación Nacional) became the largest party with 31 seats, but will face opposition in the form of temporary alliances between the ruling party ARENA (Alianza Republicana Nacionalista) and others. At the same time, mayoral elections were held, and despite the fact that the FMLN retained the mayor’s post also in the capital San Salvador, ARENA won in most other cities.

The unity and strength of the FMLN has grown since the unsuccessful presidential elections in 1997. through a competent administration in San Salvador by Héctor Silva, which also probably explains why the turnout in the congressional elections was higher than at the 1997 elections.

On February 15, 1993, the last 1,700 rebels handed over their weapons at a ceremony attended by several heads of government of the Central American governments as well as UN Secretary General Boutros Ghali. The Civil Police Corps was created, a new state-run human rights organization and a new electoral commission.

The result of the investigations into human rights violations, launched by the UN Commission on Truth, caused the Secretary of Defense, General René Emilio Ponce, to withdraw; he was revealed to be one of the chiefs behind the killings of the 6 Jesuit priests at the University of San Salvador in 1989. The Commission’s final document was the army and its death patrols as well as the Salvadoran authorities responsible for 85% of human rights violations committed during the civil war.

The Truth Commission recommended the dismissal of 102 military leaders and deprivation of the opportunity to conduct political activities for some of the former guerrilla leaders. President Cristiani proposed issuing a general amnesty for human rights violations; a proposal adopted 5 days after the publication of the Truth Commission report, on March 20, 1993. Thus, the most serious crimes committed during the Civil War remained unpunished.

A year later, on March 20, 1994, the first elections were held after the end of the Civil War. Left-wing coalition Convergencia Democrática, composed of FMLN and other groups, gained 25.5% of the vote in the first round of elections, while ARENA’s candidate, Armando Calderón Sol, gained 49.2%. Although the Left complained of fraud, UN observers from the ONUSAL Corps assured that the election had been fair. After the election, the FMLN rallied in internal conflicts, the cause of which was divergent attitudes among the 5 former guerrilla groups.

According to ONUSAL, the violence did not stop the signing of the peace agreements. In addition to intelligence activities within the army, relations between the active soldiers and organized crime and the lack of job offers to the demobilized from both the former parties to the conflict led to an increase in crime.

The prisons were crowded; the capacity of 3,000 inmates doubled. The miserable living conditions and the failure to fulfill the peace agreements led to widespread dissatisfaction and the ensuing riots cost 70 people their lives, while hundreds more were wounded..

The distribution of land to the demobilized soldiers was slow and ineffective. By 1994, almost a third of the benefit seats – 12,000 out of a total of 37,000 – had been allocated their land; the rest were concentrated in temporary camps and some of them fell into crime.

The new government succeeded in securing annual economic growth of 5% and at the same time gaining control of inflation, which reached 5% in the first six months of 1995, but poverty was not controlled. The official figures revealed that 29% of the population lived on the poverty line, while 22% were below this limit. More than 400,000 children suffered from chronic malnutrition, while 15% of children under 5 showed signs of severe malnutrition. 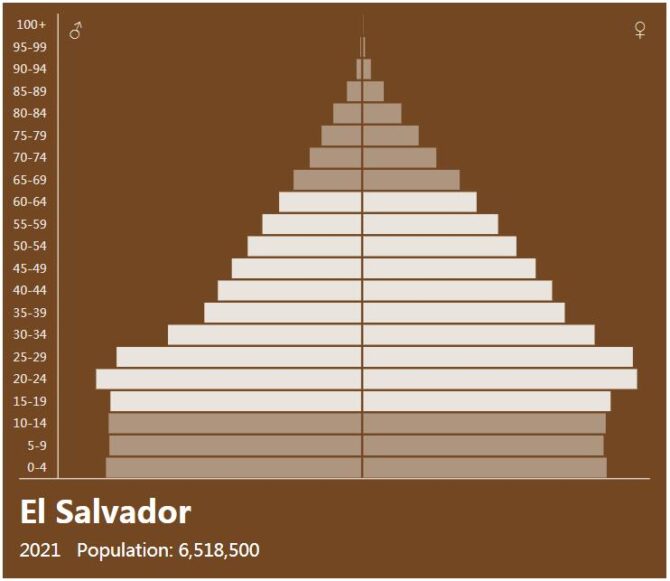