Congo. A number of attempts were made during the year to save the fragile peace treaty of 1999 from completely crashing. In January, the UN Security Council gathered leaders of the countries involved in the conflict, and the same leader met again in Lusaka, Zambia in February. But despite the unanimous agreement that the fighting would end and that the UN would soon place a peace force of just over 5,000 men between the fronts, the war continued. In March, government troops fought fierce battles with the rebel force RCD (Assembly for a Democratic Congo) in the regions of Kasai and Katanga in the south and Equateur in the north.

A new ceasefire was announced in April, after the five other countries involved in the war had promised to withdraw their forces three months after the arrival of a UN troop. The five countries were Zimbabwe, Namibia and Angola, which supported the government troops, as well as Rwanda and Uganda, which stood on the side of the rebels. Before the ceasefire came into effect in May, in the city of Kisangani in the northeast, Rwandan and Ugandan allies are fighting. The former allies, who joined Democratic Republic of the Congo on the rebels’ side to strengthen the defense of their own borders, had already in 1999 been in open conflict in Kisangani. After mediating the UN, they agreed to withdraw their forces from the city, but only a few days later, new battles erupted, the hardest to date.

Now a temporary relative calm occurred on the battle fronts; instead, political obstacles arose for the realization of the peace agreement. President Laurent-Désiré Kabila appointed a provisional parliament in July with members he had appointed himself. The measure was criticized both by the rebels and by other African leaders who felt that unilateral action did not promote national reconciliation.

At a new international crisis meeting in Lusaka in August, Kabila rebelled with the other parties by refusing to accept Botswana’s former president Ketumile Masire as new mediator. With the support of his parliament, Kabila also demanded that the peace agreement be torn down and the Rwandan and Ugandan forces ordered to leave Democratic Republic of the Congo immediately. Kabila now also refused to admit UN soldiers into government-controlled territory. Not until October did he let in the peace force, but continued fighting around the country delayed the deployment of the UN troops.

Gross national product (GNP, per resident and year): 450 US$

State and form of government
Constitution of 2006
Presidential Republic
Parliament: National Assembly (Assemblée Nationale) with 500 members; Senate (Sénat) with 108 indirectly voted. Members, elected every 5 years.
Direct election of the head of state. every 5 years (one re-election)
compulsory voting from 18 years of age

Unemployment (in% of the labor force)
no information

Republic of the Congo – Kinshasa

Kinshasa, until 1966 Léopoldville, the capital of the Congo (formerly Zaire); 8. 9 million residents (2010). Kinshasa is located on the southern side of the Congo River, 515 km northeast of the estuary. The city has the status of region with an area of ​​9 965 km 2. Kinshasa is the financial, industrial, educational and transport center for the country. Trade and administration employ about 65 percent of the employed, while the industrial sector employs about 20 percent. The industrial sector is dominated by light industry. Most of the country’s imports and exports pass through Kinshasa by river transport and by rail link with Matadi. There are several higher education institutions in the city, including the Université de Kinshasa (founded in 1954). Adjacent to Kinshasa is Ndjili International Airport.

Kinshasa, founded in 1881 by Henry Morton Stanley as a trading station under the name Léopoldville, expanded since the rail link to Matadi opened in 1898 and became the capital of the Belgian Congo in 1923. 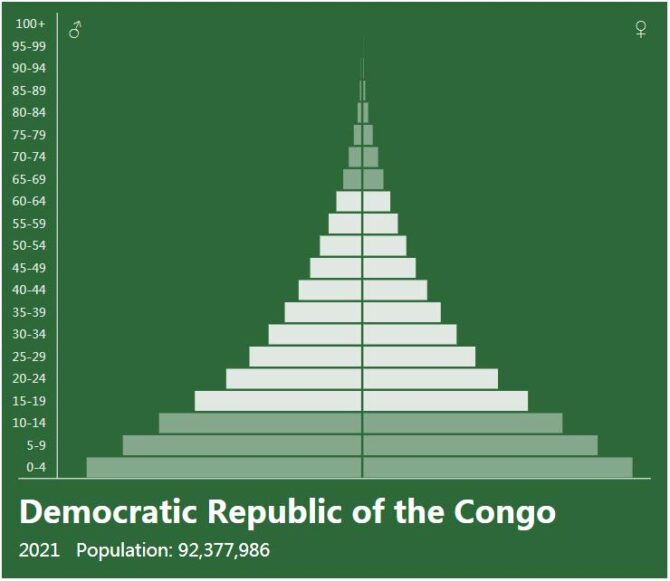