Denmark. The political debate during the year was dominated by the question of whether Denmark would join the EMU, the economic and monetary union within the EU. Ahead of the autumn referendum, the yes side was represented mainly by the government with social democrats and radicals, as well as the two largest bourgeois opposition parties, Venstre and Conservatives. However, the voters of the parties were divided, and the no-side spanned the entire political field from the Socialist People’s Party to the nationalist and right-wing populist Danish People’s Party, DF.

The confrontation became fierce in the election campaign. The government warned of high interest rates and speculation against the krona in the event of a no-win, which the DF representative described as a form of national treason. DF’s leader Pia Kjærsgaard was the no-campaign’s central figure. She put the crown and the motherland at the center with nationalist party slogan as “Preserve the crown – vote Danish!” EMU was portrayed as a threat to ancient Danish sovereignty and to modern Danish welfare. The government referred to this as scare propaganda and argued that the single European currency, the euro, provides a secure guarantee against currency speculation.

Nearly 88% of voters participated in the referendum on September 28. Despite regular opinion polls, there was a clear victory for the no-side with 53.1% against 46.9% for the yes-side. Four out of ten Social Democratic voters voted no. The government remained behind after the defeat.

The Danish central bank raised the repo rate by half a percentage point, and Denmark received its highest interest rate in five years. The measure was expected as a defense against crown speculation. Neither the krone nor the stock prices were significantly affected by the results of the referendum.

At the end of the year, Foreign Minister Niels Helveg Petersen resigned as a result of the referendum’s refusal to EMU. In the subsequent reshuffle, he was replaced by former Finance Minister Mogens Lykketoft.

The Danish economy performed very well during the year. High dollar exchange rates increased export value by over 20% between November 1999 and November 2000 The surplus in the balance of payments was just over SEK 25 billion. Exports to Sweden and the USA together accounted for half of the success.

In the autumn, the Minority Government agreed on a left-wing budget for 2001 with the Socialist People’s Party and the Enhedslisten. There, some of the business profits were taken care of by the state. through new environmental fees, work environment fees, shorter credit times and changed depreciation rules. The money would mainly go towards increased expenditure on education and research, environmental efforts and child and elderly care.

Immigrant and refugee issues were hot topics of debate even in 2000. In May, the Danish Parliament adopted a controversial government proposal that was intended to make the integration of immigrants more effective. The proposal contained, inter alia, stricter rules for family reunification. No one under the age of 25 is allowed to come to Denmark for marriage unless you can prove that it is a voluntary marriage. In August, the Supreme Court of Eastern Denmark ruled that a department store chain was discriminated against when it rejected a Muslim teenage trainee who, at his employer’s will, wore a shawl while working in the department store. The employer was sentenced to compensation. The case, which has been debated in the media for a year, had important fundamental importance.

The government parties ended up in the open battle over Justice Minister Karen Jespersen’s controversial idea of isolating criminals asylum seekers on a deserted island and swiftly processing their cases. Gradually, Jespersen Radical got to accept a modified form of the proposal.

Prime Minister Poul Nyrup Rasmussen was harshly criticized for statements that immigrants must adapt religion and culture to Danish society. He was accused by social democratic party comrades of approaching the Danish People’s Party’s xenophobic rhetoric.

The Swedish-born and very popular widow queen Ingrid, mother of Queen Margrethe, passed away in November 90 years old. At the funeral, the path of grief procession through Copenhagen was paved by over 100,000 people.

At the end of September 2005, Minister of Culture Brian Mikkelsen stated at the end of September 2005 that the so-called cultural canon that was being drafted in his ministry was to be used in the cultural struggle against Muslim immigrants in particular. It created great stir – also among the professors, writers and cultural figures who had agreed to contribute to the canon. The minister was forced to curb his verbal attacks on Islam, but on September 30, the Jutland Post published a series of hateful drawings as part of the right-wing demonization of Islam. Among other things. a drawing where Prophet Muhammad was depicted with a hand grenade in the turban. As a result, ambassadors from 12 Arab countries asked for a meeting with Prime Minister Anders Fogh Rasmussen, hoping that the Danish state would distance itself from the campaign against Islam. It was blankly rejected by Fogh Rasmussen. The crisis developed during the fall and in December Rasmussen was criticized both by his predecessor as left-wing chairman, Uffe Ellemann Jensen and by a group of former Danish ambassadors for not wanting to hold the meeting. Again the criticism was bluntly rejected. At the beginning of February, the conflict erupted into light, as demonstrations in Palestine against the Danish drawings triggered a boycott of Danish goods in the Arab world.

The Danish handling of the conflict and the Jutland Post’s drawings also triggered widespread criticism in the Western world from, among other things, UN, US and UK. Only when the Danish embassy in Damascus and the day after the consulate-general in Lebanon was burned down did the US and Britain move to the rescue. The Prime Minister and the rest of the right wing held on to their view of freedom of speechsuch as the right of the powers to instigate hatred against minorities. A view that, together with a continued trade boycott and a heightened threat situation, intensified the contradictions both in Denmark and between Denmark and the rest of the world. At the end of March, radical party leader Marianne Jelved declared that Anders Fogh, because of his role in the conflict and his declared attitude, was “Denmark’s most dangerous man”. Likewise, the prime minister was strongly criticized by a number of prominent Danish business leaders. He replied that the many dissatisfied and concerned should “take happiness pills” to overcome their depression.

Danes had previously been well received abroad. Now, Danish travelers had to peel back-flags of backpacks and suitcases to avoid problems. In the past, only the Council of Europe’s Human Rights Commission, Amnesty International and the United Nations High Commissioner for Refugees (UNHCR) had acknowledged the increasing racism in Denmark, then ordinary people in the rest of the world were now aware of the xenophobic development.

The radical party leader Marianne Jelved declared in April 2006 that, after the next election, she would not, as before, point to the Socialist party leader as new prime minister but herself. It was seen as a dramatic weakening of the radical-social-democratic alliance that had existed since 1993 and the opening of the possibility of a VKR government. The political declaration was partly an expression of frustration at the lack of political ability in the Social Democracy and partly a strong desire to reduce the influence of the Danish People’s Party in Danish politics. The Left had since 2001 given the Danish People’s Party almost the right of veto on the central political decisions in Danish politics. This was ultimately the background to the crisis of the Jutland Post hate campaign triggered in the winter of 2005/06 and the pari status Denmark is now considered in many countries – both in the Arab and in the rest of the world. 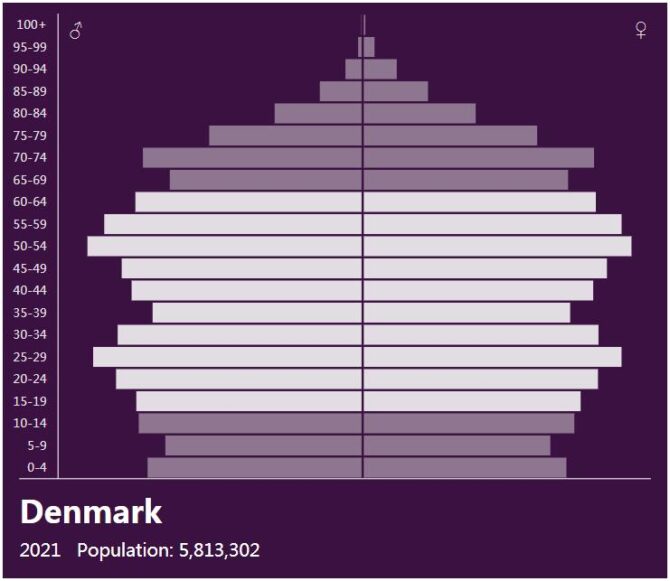