Czech Republic. In April, the European Center for the Rights of the Romans filed a lawsuit against the Czech government at the European Court of Human Rights in Strasbourg. The government was accused of racial segregation and discrimination within the school system. A number of Roma families claimed that it was because of their ethnic origin that their children were placed in special schools for the mentally handicapped. Statistics show that 75% of students in special schools are Roma. In June, the government presented a political plan for improvements in Roma education, work, housing, health care, etc. The European Commission, which previously criticized the country’s treatment of Roma, declared in the autumn that the Czech Republic has made progress in this area.

In June, the Czech Central Bank put the country’s third largest bank under forced administration, after rumors of the bank’s financial difficulties prompted customers to withdraw their savings. The bank’s losses were estimated at close to 2% of the Czech Republic’s GDP. The economy as a whole grew otherwise in 2000 more than in several years, inflation was kept down and even though unemployment was at 9%, the number of job vacancies had increased.

The world’s eyes were turned towards the Czech capital Prague at the end of September, when the World Bank and the International Monetary Fund held an annual meeting there. Street clashes between Czech police and protesters received a lot of attention in international media.

The relationship between the Czech Republic and Austria deteriorated during the year due to conflict around the Czech nuclear power station Temelin, six kilometers from the Austrian border. Residents of Austria have, by referendum, said no to nuclear power, and opposition has also been directed against Temelin. Construction of the reactor began during the communist regime in the early 1980s, and Austria believes it does not meet Western security requirements. The Temelin reactor was activated in the autumn, while the border crossings between the Czech Republic and Austria were blocked by protesting nuclear opponents. The Austrian Minister for the Environment declared that the Vienna government will not accept the Czech Republic’s negotiating result on EU membership until the country satisfactorily resolves the issue of nuclear safety.

A coalition with four bourgeois opposition parties was successful in the Czech elections to the regional parliaments and to the Senate in November. In the Senate, the coalition took the majority from Prime Minister Miloš Zeman’s Social Democrats and their support party, the Democratic National Party (ODS). Most of the power in Parliament lies with the People’s Assembly, but the result of the election meant that the government had a hard time pushing through planned constitutional changes. 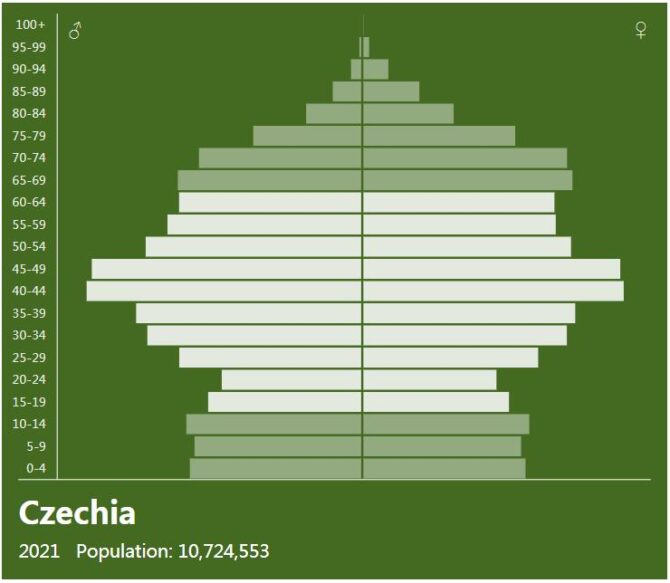