Chile. On February 2, UK Secretary of State Jack Straw ordered that Chile’s former dictator Augusto Pinochet, who has been in house arrest in the United Kingdom since 1998, be released for health reasons. Pinochet was then able to return to Chile. However, preparations for a legal process against him continued in Chile; By the end of the year, about 140 charges had been brought against him. A decision in an appeal court in Santiago on May 24 that his judicial immunity should be revoked was upheld in the Supreme Court in August and opened the way to bring him to trial for human rights violations during the 1973-90 dictatorship.

In November, Pinochet was ordered to undergo forensic psychiatric examination to determine whether his alleged labile health could justify the prosecution. An increasing number of testimonies show that Pinochet was aware of Dina’s security service, including the so-called death caravan operations, as well as the murders of former Army Chief Carlos Prats in 1974 and of Minister Orlando Letelier in 1976. The Pinochet case has also affected the ongoing reconciliation talks with the military (Mesa de diálogo). While Ricardo Lagos won the second round of the presidential election on January 16, his Christian Democratic-Socialist alliance that has ruled Chile since Pinochet’s resignation in 1990 has a supreme majority against him in Congress. The right alliance, supported by the military, can thus block all proposals for constitutional amendments, including the clauses introduced by Pinochet himself and intended to safeguard the conservative interests of Congress. Lagos could possibly accept constitutional changes to the closure of human rights cases during the dictatorship. However, the government has argued that no such link can be made – the former issues are handled by Congress individually, the latter by Mesa de diálogo.

On September 11, 2014 – on the 41st anniversary of the military coup against Salvador Allende – the government announced that it was working on a bill to overturn the dictatorship amnesty law of 1978. Until then, the amnesty law had exempted soldiers and police officers from prosecution for human rights violations committed after September 11, 1973 Amnesty International and other human rights organizations welcomed the move to address the prosecution of the responsible police and military personnel.

A very late court settlement was initiated in Michel’s second presidential term. In March 2015, the State Attorney General announced that 1056 human rights violations committed during the dictatorship years 1973-90 were under investigation. By December, 344 people had been convicted of murders and disappearances. transitional justice. However, a serious problem was that the country’s right-wing Supreme Court notoriously lowered the sentences and in some cases completely abolished the penalties for murder. The court argued that many years had passed since the crimes and that a minor penalty was therefore justified. Others escaped prison due to age. In August, General Manuel Contreras, who was chief of Pinochet’s intelligence service DINA, died. Contreras was responsible for murder, disappearance and torture. On his death, he sentenced a total of 529 years in prison.

In July, 10 former officers were arrested and charged with the kidnapping and murder of internationally renowned singer and composer Victor Jara in 1973.

In 2015, the government announced a major overhaul of the country’s anti-terror legislation, which in previous years had been applied predominantly against the country’s large Mapuche population and against social movements. It also announced a settlement with the 1978 amnesty law.

In the months of April – August 2016, the government carried out a consultative process involving the population as part of the drafting of a new constitution. The existing constitution was drafted under the dictatorship and not in line with a constitution for a democratic state.

During the year, a number of convictions for officers for human rights violations during the dictatorship were reaffirmed. This included the four-year prison sentence for two officers who, in 1973, had been involved in the torture of General Alberto Bachelet (the father of the incumbent president). Both family members of victims and the NGO feared that the state would begin probing officers punished for assault during the dictatorship. At the end of 2016, therefore, Parliament passed a law allowing the possibility of probation release for persons punished for crimes against humanity. 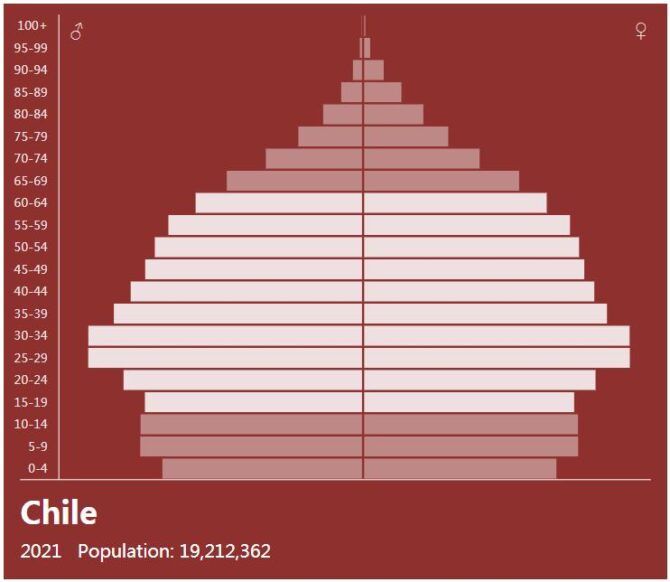