Bulgaria. The Bulgarian government was shaken during the year by a series of corruption scandals among leading politicians. Prime Minister Ivan Kostov found himself forced to dismiss several ministers, but still his reputation was hurt by the scandals, which probably diminished his chances of success in the 2001 parliamentary elections.

One of the ministers who got fired was Aleksander Boskov, who was the negotiating leader in the negotiations with the EU. In the vernacular he was called “Mr. Ten Percent” because he demanded commission for himself every time he put his name under a piece of paper. Another scandal surfaced when it was revealed that the Bulgarian counterpart to Swedish SÄPO had intercepted several leading politicians’ phones.

Corruption is a major problem, and this was also highlighted in an EU report on Bulgaria in November. There, customs officials, judicial officials, university teachers and public servants are identified as the most corrupt groups.

The report notes that some progress has been made to improve the lives of the Roma (gypsies), who make up 5% of the population and live in extreme poverty and distress.

Bulgaria reached macroeconomic stabilization, and it seemed that the economy was slowly moving upwards. But households’ purchasing power was still only one fifth of the EU average, and many families had to go through a winter again when they had to choose between going hungry or turning off the central heating.

Bulgaria had been aiming to become a member of the EU in 2006 when it was felt that all membership requirements would be met. Among other things, had concluded an agreement with the European Commission that the two oldest of the six reactors at the Kozlodui nuclear power plant will be shut down before 2003. When two more will be shut down in 2002. The reactors are of old Soviet model, but the plant is important for the Bulgarians because it supplies half of the country with electricity. Although the already poor Bulgarians knew they had to go through an economic steel bath to join the EU, the majority wanted membership.

The strong opposition to cooperation with NATO, which reached its peak during the bombings of Yugoslavia in the spring and summer of 1999, has subsided, and the Bulgarians generally feel impatient that the road to NATO feels long.

The Swedish royal couple scheduled their state visit to Bulgaria in November, despite grief due to the death of Danish widow queen Ingrid. To mark the grief, the Swedish delegation dressed in black. 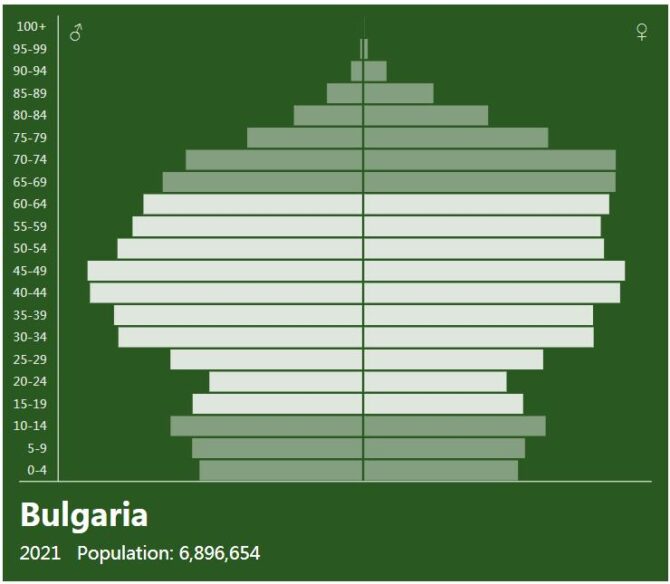