Bolivia. President Hugo Bánzer’s successful campaign against coca cultivation in the country so far has begun to create social and political problems. Under an agreement with the United States, 12,000 hectares of “traditional” coca cultivation will be allowed, but it has led to disputes over what should actually be termed illegal cultivation. Protests by the coca farmers (so-called cocaleros) have merged with the dissatisfaction of various peasant organizations with the implementation of the government’s land reform in general and have led to unrest. In April, for example, 10,000 cocaleros for farmer protests against a water price increase in Cochabamba, with riots and deaths as a result. The incident was embarrassing for the government, which had earlier this week declared a Diálogo Nacional, a kind of forum for citizens’ remarks. In September, new peasant unrest erupted, leading to a temporary halt in the eradication of coca cultivation in “traditional” cooking areas. Bánzer also met the peasants by appointing an Indian to the Minister of Agriculture and Native America. Overall, however, the campaign for the elimination of illegal coca cultivation has been successful; since Bánzer took office in 1997, the area has been reduced to less than a quarter.

The president fulfilled an election campaign desire when he opened a constitutional assembly in August 2006 to draft a new constitution to give more power to the Native American indigenous people of the country. Problems quickly arose as Morales failed to secure a two-thirds majority for the inclusion of controversial articles in the draft. His party therefore declared that only a simple majority (50%) was required to include individual articles, while there should be a 2/3 majority to adopt the final draft. In December violent protests erupted, especially in the eastern part of the country, where its oil and gas deposits are concentrated. Conservative forces in this area threatened to disengage from Bolivia if they were not involved in drafting the new constitution. MAS and its supporters believe, that the enforcement of the 2/3 majority rule gives the country’s conservative minority an effective veto of the entire constitutional process. In August 2007, a new conflict arose in the process when Bolivia’s capital Sucre demanded that the assembly discuss the location of parliament – which is today located in La Paz. Sucre hoped to bring the country’s legislative and executive authorities to the city. However, the assembly refused, and as the conflict developed violent, the assembly was moved to a military area outside Sucre. Only the MAS and its allies continued the constitutional work and adopted a preliminary draft on November 24. The ensuing riots cost 3 people their lives, and 6 departments refused to recognize the draft, as per. they represent only the interests of the indigenous population.

In January 2007, clashes between interlayer protesters and peasants cost 2 dead and 130 wounded in Cochabamba. The peasants had paralyzed the city by blocking highways, bridges, and by setting fire to the department’s government building a few days earlier. The purpose was to force the department’s elected prefect, Manfred Reyes Villa, to resign after he ordered a recount of the votes from a referendum on regional autonomy that had been voted down. The middle-class city dwellers attacked the peasants’ barricades and fled them while the police looked more or less passively. The peasants subsequently tried unsuccessfully to restore the blockades and threaten the government of the department. The underlying tensions remain unresolved.

In July 2007, the EU Anti-Corruption Office (OLAF) published a report showing that the Union had provided funding to Bolivia to build schools that had never been built. The project had been initiated in 1998, when the EU had allocated DKK 6 million. Euro, and was due in May 2004.

Throughout 2007, in the eastern part of the country, a movement grew rather than increased autonomy from the central government. The movement had full support from the provincial governors. The rebellion against the central government was partly political. There were conservative or genuinely fascist forces in opposition to the Morale government’s policies. In part, the rebellion had financial content. It is in this part of the country that the rich gas deposits are concentrated and the region wanted these riches to remain in the area. In December 2007, the governor of Santa Cruz presented a motion for autonomy and sent it to the “referendum” in May 2008. The country’s electoral court had previously declared the vote illegal and no international observers participated as the vote was considered illegal. Parliament responded again a few days later by proposing a “recall” vote to confirm the president, vice president and 8 of the nine local governors. Morales endorsed the proposal and the poll was conducted in August 2008, with the participation of 400 international observers. Morales and his vice president got their mandate confirmed with 67% of the votes cast. 2 governors linked to the extreme right wing lost their mandates. 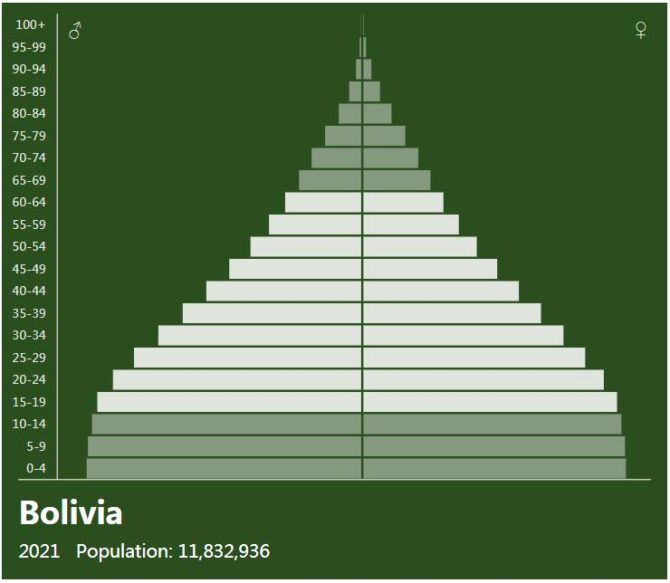