Venezuela. With the July 30 elections, popularly called las mega-elecciones when no fewer than 5,000 offices at national, state, and municipal levels would be appointed, an intensive period for eligible Venezuelans ended – since November 1998 they have gone to the polls five times. The incumbent President Hugo Chávez won a 59% expected victory in the presidential election, but in the new one-chamber parliament, his party Movimiento V República (MVR) received only 93 out of 165 seats, which is enough for a majority in current legislation but does not meet the new constitution requirements for major legislative changes.

Chavez’s first year in power has been fraught with financial problems. Although inflation and interest rates have fallen, so have investments and GDP, while unemployment has risen, partly as a result of the December catastrophe. Chávez called for a fight for a new economic equality policy, and in a referendum in December he supported his offensive against the trade union movement and his contentious proposal to dismiss his current leader.

Chavez lost in December 2007 a referendum on constitutional amendments that would have given him expanded powers. However, the decision was narrow by 50.7% against and 49.27% ​​for. Although the government was running an extensive propaganda campaign, many Venezuelans were in doubt and the voter turnout was low – 56%. Already in November, the media reported that the CIA had supported the opposition’s no-campaign with $ 8 million. US $. After the defeat, Chávez declared his resignation when his current term ends in 2013.

In November 2008, regional and local elections were held. PSUV won the governor post in 17 of the country’s 22 provinces, but at the same time had to face a serious defeat as it lost the governor posts in the country’s two richest and most populous provinces, Miranda and Zulia. At the same time, the ruling party lost the mayor post in the capital Caracas. In the province of Zulia, which holds some of Venezuela’s oil wealth, right-wing Pablo Perez won. He was formerly the right-hand man of the current governor. Perez won with 53.6% of the vote, while GianCarlo DiMartino of PSUV got 45% of the vote. In Miranda – the country’s richest province – the opposition candidate, Henrique Capriles Radonski won by over 52 percent of the vote. Despite the defeat, PSUV received 60% of all votes against the opposition’s 40%. The turnout of 65.45% was at the same time record.

In September 2010, parliamentary elections were held. It became a disaster for the opposition. It boycotted the election in 2005 and Hugo Chavez’s bloc rose from 44.38% of the vote in 2000 to 48.20%. The opposition had to settle for 47.17%. Despite the relatively close race, the opposition had to settle for 64 out of Parliament’s 165 seats, while Chavez’s bloc gained 96. This was due to the distribution of votes on seats. For Chavez’s block, however, the election also meant that it no longer had a 2/3 majority in parliament, and therefore could not immediately implement constitutional amendments without the support of at least parts of the opposition. PSUV, with its DKK 7 million. members the country’s unconditionally largest political party.

When the “Arab Spring” broke out in January 2011, Chávez declared his unconditional support for the protesters and criticized the Egyptian and Tunisian leaders for being in the pocket of the West and undemocratic. However, when the uprising spread to Libya and Syria, he responded. Assad and Gadhafi’s side strongly criticized NATO’s terrorist bombing of Libya. 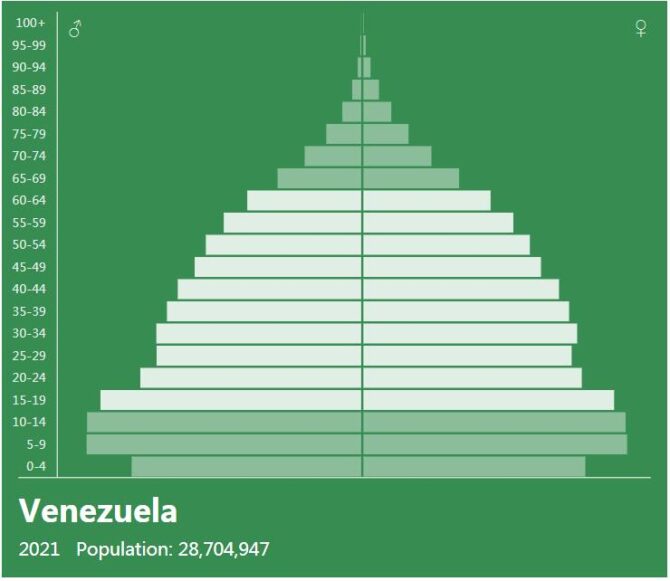