Ukraine. The year began in domestic political chaos. The divided parliament could only gather for a majority of votes when President Leonid Kuchma threatened to call a referendum in order to have the opportunity to change the constitution and reduce the power of its members. Once the majority was formed, it immediately sought to dismiss the President, but he refused to hold the vote and the Parliament was split physically. The majority pulled out, gathered in their own building, voted off the old President and elected a new one. As the President signed the majority’s decision, these became valid. After a few weeks, the majority returned, and the budget for 2000 could be adopted in a single parliament.

The budget was prepared by the most reform-oriented and Western-friendly government Ukraine has had to date. According to analysts, President Kuchma appointed Prime Minister Viktor Yushchenko and his ministry with the intention of earning a hearing with the International Monetary Fund (IMF), whose loans were necessary to avoid the state’s default. But the IMF withheld $ 2.6 billion when it was revealed that between 1996 and 1998, the Central Bank of Ukraine lied about its foreign currency reserve and thus received unduly large loans from the IMF. This damaged the credibility of the popular Yushchenko in the west, who had been head of the central bank at the time of the scandal.

Although a majority was formed, Kuchma called for a referendum against Parliament’s will. He demanded, among other things, the right to dissolve Parliament unless a majority is created within one month or if the draft budget is not adopted within three months. The referendum was held in April, and Kuchma was given a majority for his proposal. In July, Parliament also voted by a simple majority behind the draft constitutional amendment. But it has to be done again and again by a two-thirds majority, which meant deadlock and tug of war between the president and parliament for the rest of the year.

Towards the end of the year, the IMF seemed to be in the process of opening up its payments of the remaining billions. Yushchenko’s government had tight budgetary policies, initiated fiscal and state administration reforms, and accelerated privatization. This, together with the good world economy, made 2000 a unique year for Ukraine’s economy. For the first time since independence in 1991, there appeared to be GDP growth (estimated at 3%), the budget was about to strike a balance, barter trade’s share of the economy decreased and official unemployment fell slightly, while external debt shrank.

At the same time, it was estimated that over 60% of Ukrainians lived in poverty. The government succeeded in paying back pensions, but many government employees did not receive their salaries. The average monthly salary was estimated at approximately SEK 250, and the real unemployment rate was estimated to be around 30%.

The center-right majority in Parliament was mutually divided, and the left opposition made several attempts to break it. A very fierce political battle was fought around Deputy Prime Minister Julia Tymoshenko’s bold attack on Ukraine’s economic turmoil, the huge gas and energy corruption. Ukraine is largely dependent on the Russian Federation for its oil and gas supply and has unpaid bills on huge sums, which delayed the relationship with the Russian Federation during the year. At the same time, a group of oligarchs, or “gas barons”, have accumulated wealth by organizing illegal bottling and sale of gas from the pipelines. Such money partially funded President Kuchma’s election campaign in 1999, and Tymoshenko encountered powerful enemies both inside and outside Parliament.

An investigative, regime-critical journalist, Heorhij Gongadze, disappeared in September without a trace. In November, a decapitated body was found on the outskirts of Kiev, and Gongadze’s relatives said it was the missing one. However, the official identification was delayed, and the case developed into a high-level political thriller. Socialist Party leader Oleksandr Moroz accused President Kuchma of being behind the abduction. Moroz released an audio tape, which was said to come from the security service and allegedly contained a conversation between the president, his chief of staff and the interior minister. The sound quality was poor, but Moroz claimed that the three discussed how Gongadze should be cleared. The president, who was questioned by the country’s top prosecutor, claimed that the charges were fictitious. The Minister of the Interior sued Moroz for slander.

While Ukraine was experiencing a growing energy crisis, Western Europe was pushing for a quick closure of the last active reactor in Chernobyl, where the world’s most severe nuclear accident occurred in 1986. President Kuchma bowed. On December 15, the reactor was closed and a long shutdown process started. In exchange, Ukraine was promised a contribution from the West to the decommissioning, to renew the concrete shell around the accident-hit reactor and to the completion of replacement reactors. With the closure in December, Ukraine lost about 5% of its electricity generation and about 8,000 jobs.

Several serious mining accidents occurred in 2000. The worst occurred in March, when 82 workers were killed in an explosion in a Ukrainian coal mine. The accident was reported to be due to poor safety practices. 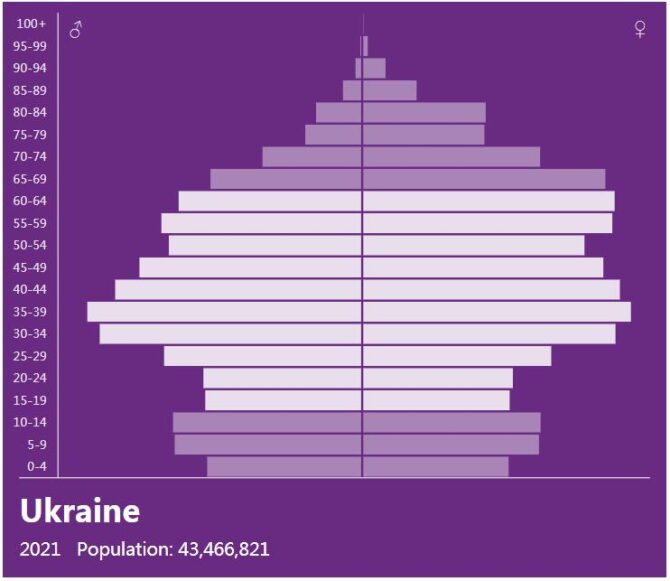