A number of measures were urgently needed to enable Hafiz al-Asad’s son Bashar al-Asad to succeed his father in the presidential post. Parliament immediately lowered the statutory minimum statutory age of the head of state from 40 to 34, the age of Bashar al-Asad. Bashar al-Asad was also appointed leader of the ruling Baath party and commander-in-chief.

On July 10, the people elected Bashar al-Asad as president in a vote in which he was the only candidate. Al-Asad received 97.3% of the vote. The turnout was 94.6%.

In his installation speech in Parliament, Bashar al-Asad emphasized the need for a peace agreement with Israel. However, he maintained his father’s demand that Israel must first return the occupied Golan Heights.

Israeli and Syrian negotiators had met in the US in January and discussed the Golan without being able to agree. Hafiz al-Asad had since discussed further talks with US President Bill Clinton in Geneva on March 26. After that, negotiations between the parties were on ice for the rest of the year. Israel demands that upon withdrawal from the Golan be allowed to retain the northeastern shore of Lake Kinnerets, which Syria does not accept.

Demands for increased democracy were raised from several directions during the rest of the year. On two occasions, Bashar al-Asad granted amnesty for a total of several hundred prisoners, including members of the Muslim Brotherhood. But a large number of political prisoners were allowed to remain in prison, and the dominance of the president and his Alawite clan continued.

On December 2, Bashar al-Asad made a plea in which he promised the privatization of banks, free exchange rate and stock exchange.

The Russian Federation was reported in May to have agreed to sell military equipment worth a total of $ 2 billion to the Syrian Air Force.

The government army, with the support of Hezbollah and Shia militias from Iraq during the fall, captured several areas around Aleppo and Damascus. The rebels were forced back. In November, however, Islamic State (IS) and al-Nusra conquered the country’s most important oil fields in November in Deir al-Zor province in eastern Syria.

In the north and east, IS grew ever stronger, and this caused more and more conflicts with the other rebel groups. In September, IS conquered the city of Azaz from the FSA during the most fierce fighting between rebel groups. In December, IS Bab al-Hawa captured the border crossing between Turkey and Syria from the FSA and gained control of several warehouses that contained large arms deliveries from the UK and the US to the FSA. The two western states responded again by ceasing supplies to the FSA. It was too embarrassing that the supplies had ended up in IS’s hands, and the FSA apparently did not have the strength to defend them.

In January 2014, the Geneva II Conference on Syria was initiated under the leadership of the United Nations peace broker in the country, Lakhdar Brahimi. From the outset, the conference was doomed to failure as the West stretched its legs for all stakeholders to be involved. Iran played a key role in the conflict, but Israel (and the United States) prevented the Iranians from being invited. The Syrian government was also kept outside, and up to the conference, most of the rebel groups had announced in advance that they would not participate. Brahimi resigned from the broker post 4 months later. In July he was replaced by the Swedish-Italian Staffan de Mistura.

In January 2014, the FSA, the Mujahedeen Army and the Islamic Front launched a coordinated offensive against IS in Idlib, Aleppo and Raqqa provinces. They managed to retake IS, but within a short time they had recaptured Raqqa. In mid-February, al-Nusra joined the offensive against IS, which soon had to withdraw completely from Deir Azzor and Idlib provinces. IS instead consolidated itself around Raqqa in the expectation that al-Nusra would attack.

The Kurdish YPG continued until March 2014 its advance in eastern Syria, where al-Nusra and IS forces were driven back and smaller cities captured. In March, the YPG announced that it was suspending its advance, but at the same time warned its enemies that it intended to defend the conquered territories. Meanwhile, the Islamist groups continued to ethnically clean their own areas of Kurds killed or driven to flight, and the siege of Kobanê continued without the siege being able to move any closer. 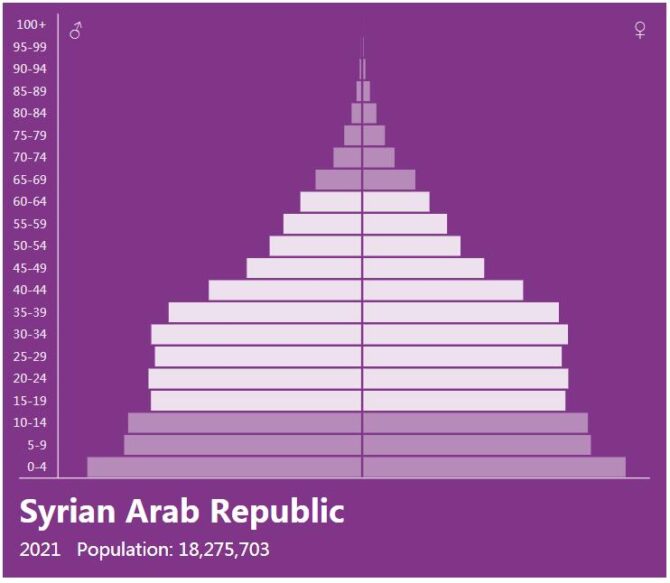