Switzerland. In a referendum in May, the Swiss gave clear support to a package deal that strengthened relations between Switzerland and the EU countries when just over 67% of voters voted yes. However, only 48% of the 4.5 million eligible voters went to the polls. The approach to the EU was rejected only in the Italian-speaking canton Ticino and the German-speaking Schwyz. The strongest EU support was found in the French-speaking cantons of Neuchâtel and Geneva. The seven points of the agreement, which link the Swiss economy closer to EU countries, include: freer movement of people and goods, fewer barriers to air and truck transport and openings on public procurement issues.

In September, the Swiss people rejected a proposal to limit the proportion of immigrants in the country to 18% of the population. In further referendums, the Swiss said no to a ban on test tube fertilization and the quota of the number of women in government service.

The European Court of Human Rights confirmed in a November 2014 ruling that Switzerland should not expel an Afghan asylum-seeking family to Italy. The case was urgently presented to the court in February by a number of human rights organizations.

In mid-January 2015, the Swiss National Bank repealed the fixed exchange rate policy vis-à-vis the Euro. Since 2011, the Swiss franc had been linked to € at a price of 1.20. Especially during 2013 and 14, the euro had weakened against the US $ and the Swiss franc fully had this weakening, despite the fact that the Swiss economy was not weakened like the European one. The consequence was that the euro was devalued by 30% in one swath against the Swiss franc. It fell from € 1.20 / SFr. to 0.80, then to adjust to 1.04. At the same time, the National Bank lowered the discount from -0.25% to -0.75%, which indicates that the Swiss economy was also in deflation. The decision came as a bomb for both the IMF and the European Central Bank.

In March 2015, the Swiss People’s Party launched a political campaign aimed at setting the Swiss constitution over the international conventions the country had adhered to. The ensuing debate was hateful, and especially directed at a number of international human rights treaties, including the European Convention on Human Rights. The country thus joined the ranks of countries that fought for human rights compliance.

In September, Parliament passed a far-reaching surveillance law that gave the intelligence agency unlimited right to collect and store data (both metadata and content) from the Internet and to install Trojans on the computers of its own citizens and foreigners. The law was passed by a referendum in September 2016 and then went into effect.

Relations with the EU gradually deteriorated after the referendum in 2014. In June 2016, Switzerland withdrew its application for admission to the EU. It had been in the Commission since 1992. The country’s largest party declared that “one would have to be insane if one still applied for membership in the EU”. In July, the Commission responded again by stating that if Switzerland imposed restrictions on the movement of EU citizens as planned and as a result of the 2014 voting results, the EU would remove Switzerland’s free access to the EU internal market. 52% of Switzerland’s exports go to the EU and it would hit the country financially. (EU tells Swiss no single market access if no free movement of citizens, Guardian 3/7 2016). 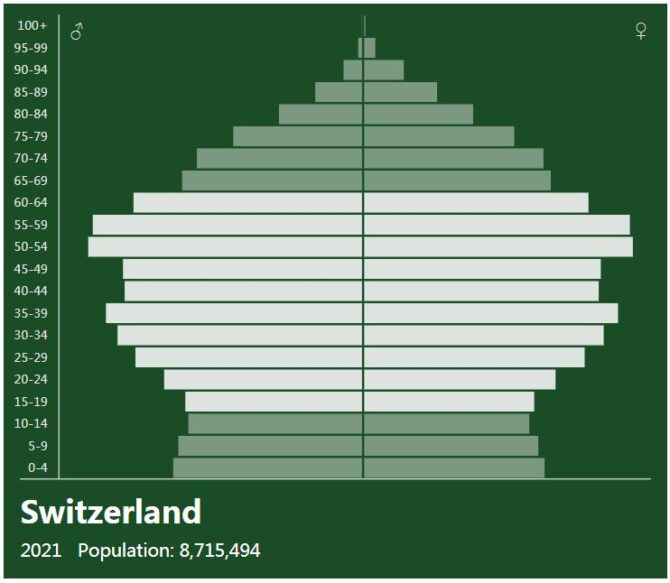