Sudan. A long power struggle between military president Omar al-Bashir and Islamist leader Hasan at-Turabi culminated in May, when at-Turabi and his phalanx were excluded from the ruling National Congress. Among the excluded were the entire party secretariat and all 26 provincial chairpersons. In September, at-Turabi formed a new party, the National People’s Congress.

Former Prime Minister As-Sadiq al-Mahdi, who was deposed at the 1989 coup and was imprisoned for a long time, returned to his home country in November with the government’s approval. as-Sadiq al-Mahdi had made peace with the government in 1999 and in March broke down the cooperation with the armed resistance movement the National Democratic Alliance, in which the South Sudanese guerrillas are included. About ten other leaders of al-Sadiq’s Umma Party and hundreds of members of the dissolved party militia also returned from exile.

The perennial civil war continued at a mostly low level. Peace talks were held periodically, but remained locked in disagreement over the place of religion in society. The conflict runs between the dominant, Muslim northern part of the country and the Christian or animist south.

In October, Sudan was Africa’s candidate for a seat on the UN Security Council, but was outsmarted after fierce criticism from primarily the United States, but also from human rights groups and Christian movements.

After a $ 3 billion investment dollars could inaugurate a 1,500 km long oil pipeline in June. This made it possible to exploit oil sources that had so far made the war and the country’s political problems unavailable. By the end, 150,000 barrels of oil were being produced daily, and the plan was to increase production to 250,000. But due to the huge investments, Sudan will only start earning money on the project after 2003.

Hunger and war continue to plague the country. 1-2,000 displaced people arrive daily at the centers where the international relief organizations work.

In December 2000, al-Bashir was re-elected with 86.5% of the vote. The election was boycotted by most of the opposition. In February 2001, he appeared in military uniform at the opening of a conference in Khartoum for Sahel and Saharan state leaders.

In December 2001, the government announced that it had released over 14,500 predominantly black slaves. It happened after a 6 month campaign by the human rights organizations,

In January 2002, the SPLA entered into an alliance with its rival, the Sudanese People’s Defense Force, to make a joint front against the central government.

In Kenya, the negotiation between the government and the SPLA began, and in October 2002 a peace agreement was concluded, ending 19 years of civil war that had cost 2 million lives. The United States had already previously declared access to Africa’s oil as a subject of “national interest” and Foreign Minister Colin Powell had ifbm. the negotiations in Kenya threatened to triple the US contribution to the SPLA to 300 million. US $ and with maintaining the blockade of Sudan if no peace agreement was concluded by March 2003.

SPLA leader Colonel John Garang demanded the appointment of Sudan’s Vice-President instead of Alí Osaman Taha, and at the same time demanded jurisdiction over Sudan’s southern provinces of Nuba, Abyei and the Blue Nile. They had come under the northern control of the country in 1972. However, these points were not resolved during the following years of negotiations.

In April to December 2003, the government and SPLA agreed in 2004 to rally their soldiers in a joint army of 39,000 soldiers, share profits from oil production, draft a new constitution, grant administrative autonomy to the southern part of the country and conduct a referendum in 2010 about the independence of the southern part. In October 2003, the Islamic leader, Hassan al-Turabi, was released. He had been jailed for several years. At the same time, the ban on his party, the Islamic National Front (NIF) was lifted. It was estimated that 92% of the population lived below the poverty line.

The EU, several EU countries and the World Bank have jointly signed an agreement for almost 190 million dollars in direct contributions to poor families in Sudan, reports the state news agency Suna. The Sudan Family Support Program (SFSP) is to provide around 30 million people, or about 80 percent of the population, 500 Sudanese pounds (equivalent to nine dollars) per person and month for one year, according to the World Bank. The grants will be distributed gradually over two years starting in October 2020. The program will cost a total of $ 1.9 billion. The EU countries that contribute are France, Germany, Italy, the Netherlands, Spain and Sweden.

The breakaway group from the resistance movement SPLM-Nord, which previously refused to enter into a peace agreement with the Sudanese transitional government, is now reported to have signed its own agreement with Khartoum. At a meeting in the Ethiopian capital, Addis Ababa, Prime Minister Hamdok and the leader of the rebel group agreed on a ceasefire agreement but allowed the rebels to keep their weapons in “self-defense”. 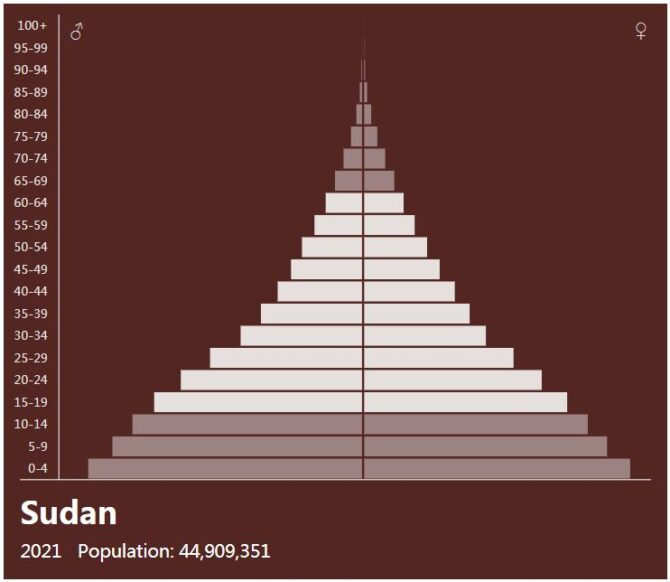