Solomon Islands. There was a violent continuation of last year’s ethnic conflict between residents of the main island of Guadalcanal and immigrants from the densely populated island of Malaita. In January, a group called the strength of the Malay eagles (MEF) looted one of the police’s weapons stockpiles, and in the following months several casualties of various kinds of violence were demanded.

The government lacked resources to curb the unrest, and in June the MEF carried out an armed coup, when Prime Minister Bartholomew Ulufa’alu was held captive for a few days and forced to resign. The event was similar to the coup carried out on Fiji two weeks earlier.

Struggles broke out between MEF and Isatabu’s liberation movement (IFM), which represented residents of Guadalcanal. Thousands of people fled the capital Honiara.

After Australia-led negotiations between the warring and between the political leaders of Guadalcanal and Malaita, Parliament met at the end of June to elect a new prime minister.

Opposition leader Manasseh Sogavare, from the People’s Progressive Party, was elected by a small majority. MEF was accused of threatening some members of the government side so that they did not dare to attend the vote. Sogavare installed a new government, recognized by Australia and New Zealand but whose legitimacy was questioned by its political opponents.

Following regular peace talks between MEF and IFM, the two groups signed a peace agreement in Townsville, Australia, in October. Observers from Australia and New Zealand would oversee the disarmament of the militiamen, and the agreement also provided a costly development plan for the island of Malaita. Among other things, disputes over land rights, however, remained to be negotiated. Two years of violence had claimed at least 70 lives and forced at least 20,000 Malays to leave Guadalcanal. 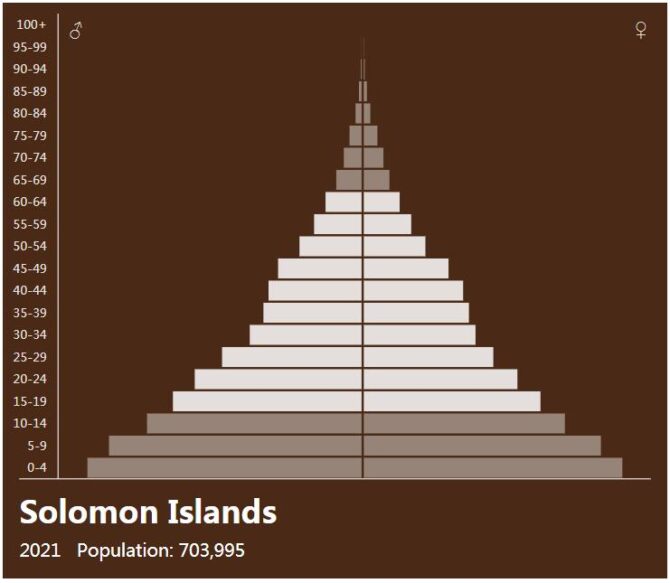