New Prime Minister Allen Louisy promised to accommodate workers and peasants, and to encourage smaller traders to reduce unemployment. George Odlum was Deputy Prime Minister and Minister for Trade, Industry, Tourism and Foreign Affairs. At the same time, he led the “new left” faction within the SLP, advocated for the country’s accession to the Alliance Free Countries Movement and for establishing diplomatic relations with Cuba and North Korea.

After a series of political crises, the ULP regained the 1982 and 87 elections. Compton took over the power of a conservative program, was positive towards the market economy and proposed the implementation of an economic adjustment program designed by the IMF. But neither increased export revenues nor tourism revenues made it possible to escape the economic crisis that continued into the 90’s.

1994 and 95 were marked by protests from the banana plantation workers – the country’s main export commodity – and from the port workers demanding higher wages. In 1996, Vaughn Allen Lewis of ULP was elected Compton’s successor.

In May 1997, the SLP won the election with 61.3% of the vote. Kenny Anthony took over the post of prime minister, and one of his first official duties was to set up a commission to investigate the corruption under the previous government.

At the Caribbean States Summit in August 1998, it was decided to lift the customs barriers between Member States as a form of compensation for the reduction in US aid. At the same summit, Kenny Anthony adopted a declaration in which the countries expressed “serious criticism” of US policy not to include Caribbean textile production in the NAFTA free trade agreements. 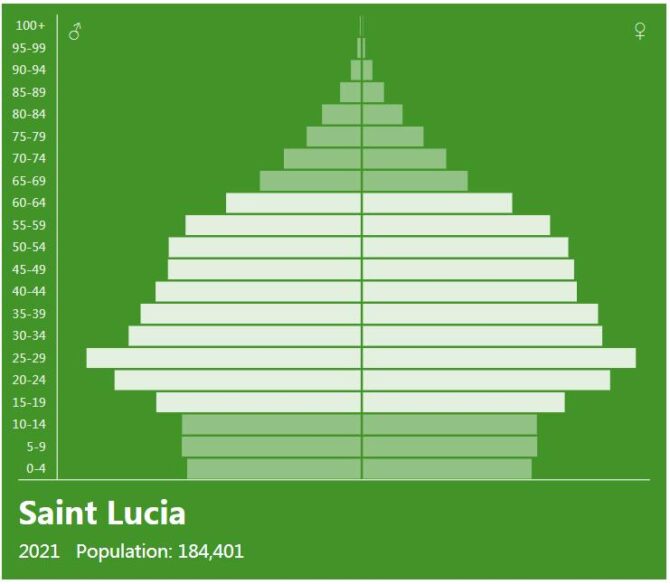