Romania. In January, newly-appointed Prime Minister Mugur Isarescu presented a comprehensive reform package to tackle the difficult economic situation. These included cuts in the state budget, privatization of banking as well as agriculture and industry, revision of the tax system, reform of environmental policy, justice and the military.

The proposal was approved by Parliament, and the government expected the International Monetary Fund (IMF) to pay off outstanding loans. But the IMF released the money only when the government promised to propose further measures: the prices of electricity and gas would be raised, 20,000 people would be laid off from state-owned companies and the national oil company Petrom would be privatized. The severe austerity and ongoing EU adjustment meant heavy financial burdens for an already hard-hit population. Unemployment was set at around 12% in early 2000, and close to half of Romanians were estimated to live in poverty.

Parts of western Romania were hit by floods in the spring following heavy downpours and rapid snow melt. At least seven people were killed, over 60,000 hectares of arable land were submerged and hundreds of communities and villages were isolated.

In the spring, a corruption scandal surrounding a Franco-Romanian businessman was revealed, which swindled the Romanian national investment fund on huge sums and funneled money through France to prominent Romanian politicians. The fund collapsed and around 300,000 savers lost investments, corresponding to close to SEK 2.5 billion.

At the beginning of the year, extensive cyanide emissions occurred in northwestern Romania. The cyanide came from the Romanian gold mine Aurul and reached the Danube’s largest tributary Tisza, which runs from north to south through neighboring Hungary. All life in Tisza was poisoned. The Romanian Ministry of the Environment issued a report in May that air pollution has reached critical levels in one third of the country’s major municipalities. The severe environmental problems were generally seen as a major obstacle on Romania’s road to EU membership. Another area where the EU has called for improvements is the orphanage for the country’s many orphans. The government now has, among other things, established a national body to protect children’s rights and started to build a system of foster care.

In the parliamentary elections at the end of November, the reformed Communists, ie. Ion Iliescus Social Democrats. Iliescu’s party gained 37% and the right-wing Nationalist Party of Greater Romania, led by Corneliu Vadim Tudor, came in second place with 20%. The big losers became the liberal center-right government. In the presidential election, which was held at the same time, Iliescu also got close to 37% against Tudor’s just over 28%, forcing a second round of elections between them. Nationalist and populist Tudor won votes on their promises to tackle corruption, confiscate the “evil, rich” men’s assets and ensure that the market was flooded with cheap food. There was ground for this populism in the bitter mood after the investment fund’s bankruptcy. Tudor had also become known for aggressive outcomes against minorities such as Roma, Hungarians and Jews. But in the second round of the presidential elections in early December, Iliescu clearly won by about 67% of the vote, while Tudor got about 33%. Thus, for the second time, Ion Iliescu became the President of Romania.

Iliescu’s Social Democrats formed a minority government with Adrian Nastase as prime minister. The new minister was approved by Parliament at the end of December, after the previous ruling parties chose to support Nastase, thus preventing Tudor’s party from having any influence. 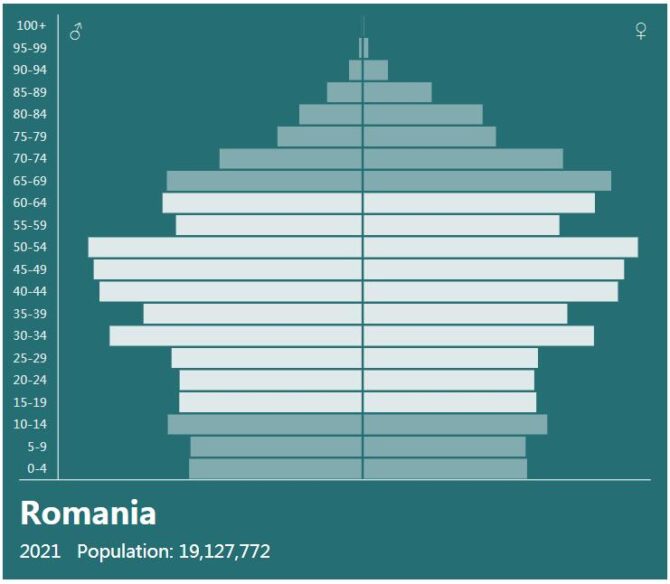