Mali. An attempt at military revolt was suffocated in the winding days of the turn of the year. Soldiers inspired by the Ivory Coast military coup during the Christmas holidays of 1999 demanded, among other things, increased compensation for participating in peacekeeping operations abroad. Several soldiers were arrested, but were soon released. President Konaré also pardoned former Commander-in-Chief Ousmane Coulibaly, who was jailed for life for complicity to a massacre of protesters in 1993. Konaré also took in several high-ranking military men in the government.

A short time later, in mid-February, the government was heavily reformed after Prime Minister Keita resigned without further explanation after six years. The new head of government was appointed the economist and former official of the International Monetary Fund Mande Sidibe. Several opposition politicians and trade experts received positions in the new government. Noteworthy was that seven of the 21 ministers were women.

Despite the peace process, the conflict in the north continued through 2015. At the end of the year, one of the largest cities in the north, Kidal, remained in the hands of the insurgency and clashes cost 250 people, including 60 civilians, during the year. 130,000 were still living in camps outside Mali and 60,000 were internally displaced.

To protect the United Nations supply convoys, MINUSMA asked for 250 additional combat troops in the fall of 2015. The Danish state responded by sending 30 hunter soldiers and a transport aircraft. The UN military commander of MINUSMA, Major General Michael Lollesgård subsequently declared that the Danish war contribution was useless.

In November, militant Radisson attacked the hotel in Bamako. The attack killed 19 people. The government then declared the country in national emergency.

The number of attacks against MINUSMA increased in 2016. There were a total of 62 attacks in which 25 MINUSMA soldiers and 6 Malaysian UN personnel were killed. The militant groups also used land mines that killed and wounded MINUSMA soldiers, civilians and soldiers of the Malaysian security forces. The number of attacks on Mali’s army also increased. In a single attack on a military base in central Mali in July alone, 17 soldiers were killed and 35 wounded. After several attacks in the same month throughout the country, the state of emergency was extended until March 2017. Already in June, the UN Security Council had extended MINUSMA’s mandate until June 2017.

Prime Minister Modibo Keita filed his resignation petition in April 2017. He was replaced at the post by Abdoulaye Idrissa Maïga.

In late April 2018, suspected jihadists attacked Tuareg villages in northern Mali. 43 civilians were killed. The attack was apparently revenge for Tuareg militia attacks on jihadist camps in the region. The jihadis have been adept at causing flare-ups between Tuareger and Fulanis in the region. 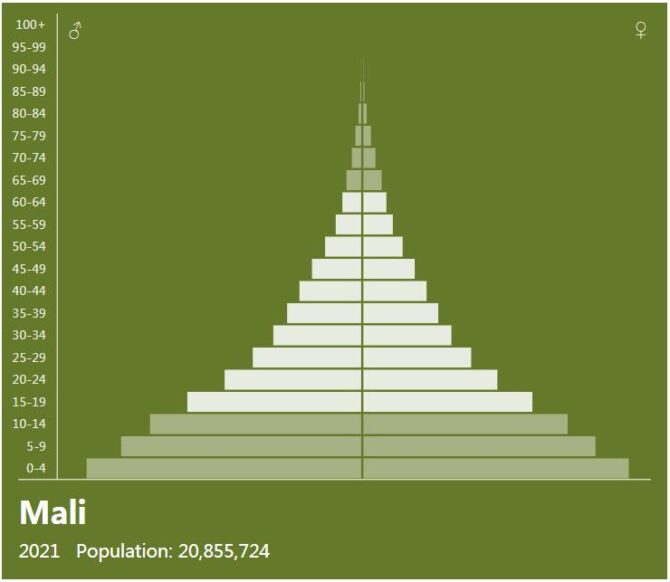