Libya. The trial of two former Libyan agents suspected of being behind the blast attack on a US passenger plane over the Scottish village of Lockerbie in 1988, when 270 people were killed, began May 3 in the Netherlands. Both agents, Abd al-Basit al-Magrahi and Lamin Khalifa Fahima, were brought to trial under Scottish law at an air base near the city of Utrecht. They were charged with planning the act for four years, procuring explosives, performing tests and then placing the explosive charge in cassette tape players which they packed into a suitcase and checked on the plane in Malta. Both denied the allegations, claiming that the attack had been carried out by militant Palestinian groups. The trial went on with shorter interruptions throughout the year.

Beginning in August, Libyan violence workers exposed immigrants from Chad, Sudan and other sub-Saharan countries to assaults, robberies and fires in many parts of the country. In October, the violence was reported to have claimed at least a hundred people’s lives, most of them black Africans. Several thousand of the approximately one million black Africans estimated to be in Libya returned to their home countries in the fall. The background to the violence was said to be the fight for jobs.

In late summer and autumn, Libyan leader Muammar al-Khadaffi helped negotiate the release of some 20 tourists, most of them Europeans, who had been kidnapped by the Muslim Abu Sayyaf guerrilla in the Philippines in April. Several European countries thanked him for his efforts. The UN General Assembly voted in October on Libya’s initiative for a resolution condemning the US unilateral sanctions on Libya.

In early October, al-Khadaffi made one of his rare trips to the Middle East. Syria, Jordan, Saudi Arabia and Egypt.

A Swiss passenger plane of the Shorts SD-360 type crashed January 13 off the Libyan coast. 22 of the 41 on board were killed.

Kaddhafi’s ideological views were clearly stated in 1973 when he published his “Green Book”. He rejects both capitalism and Marxism, and instead outlines an “Islamic socialism” that is strongly religiously emphasized and has the Qur’an as a guide. Libya follows traditional (medieval) Muslim law. It gives politics a strong moral direction. The legislation obscures class conditions in the country by proclaiming the basic unit of interest among all believers. Islam is interpreted as having the same basic principles of justice and equality as socialism. Communist atheistic ideology is by nature rejected and condemned.

Foreign policy was characterized by Arab nationalism and Islamic solidarity. Gaddafi wanted to make the Arab nation a powerful counterbalance to the big blocs, and perceived itself as Nasser’s successor. As a result of this policy, Libya tried to form a union with Tunisia, Egypt and Syria, but they all broke down. They all stranded on the great contradictions between the countries’ domestic and foreign policy. Among other things. For example, Gaddafi was strongly opposed to reconciliation with Israel, destroying relations with Egypt, which in 1977 initiated such a reconciliation policy.

Inspired by Nasser’s Arab Socialist Union (ASU) in Egypt, ASU also became the only allowed political party in Libya. However, Gaddafi was dissatisfied with the people’s passivity in social life, and in the spring of 1973 launched a “cultural revolution” which was to release the people’s forces and clean up the bureaucracy. Major replacements took place, but everything suggests that the regime had full control and that Kaddafi’s position was strengthened. The main opposition was within the army. In August 1973, a coup attempt failed and a member of the Revolutionary Council sought political asylum in Egypt.

In the spring of 1977, a declaration of transition to «people power» was adopted. The country now called itself the popular, Arab and socialist Yamahiriya. Yamahiriya is a new word meaning Mass State. According to Gaddafi, it was a “unique” experiment which was to begin the “era of the masses”. The existing political bodies were disbanded. Gaddafi came to lead the General Secretariat with 5 members – formerly the Revolutionary Council – and the Supreme People’s Committee with 26 members. The political power was to be based on local branches of the People’s Committee, trade unions and congresses. The national defense should be taken care of by every citizen, man and woman who should be trained militarily.

The original advance of the rebel forces from Benghazi was halted in Bin Jawad. Here, the regime deployed heavier weapons against the lightly armed rebels. The rebellion had the greatest progress in Kyrenaika during the first few weeks, but spread along the coast in Tripolitania, with Misrata and Zawiyah – and with riots in berber towns in the Nafusa Mountains.

Government attacks on rebel-controlled Benghazi were the turning point in the war. Prior to this, the regime had threatened to invade the city and clear it to rebels. This was interpreted to mean that the regime would attack civilians, not just armed rebels. It was this understanding of the situation that led to the UN Security Council adopting Resolution Number 1973, thereby authorizing an international intervention.

In doing so, the Libyan conflict was openly internationalized, and the multinational intervention – Operation Odyssey Dawn (OOD) – started on March 19, 2011. Norway was among the countries that joined the coalition. The intervention radically changed the nature and development of the conflict.

Even before the OOD was formally launched, French aircraft attacked Libyan government forces at Benghazi, March 19. Naval military forces were deployed to patrol the area off the coast of Libya, while air forces gathered to enforce the UN arms embargo and flight ban zone. Resolution 1973 forbade invasion. Equally special soldiers from France, the United Kingdom, the United States and the Gulf states of Qatar and the United Arab Emirates were deployed; perhaps even before resolution 1973 was passed.

The rapid implementation of military attacks, and the early deployment of covert forces, are intended to indicate that there were plans to intervene in Libya – to remove the Gaddafi regime – before the uprising began.

The Special Forces provided intelligence and target information for aircraft attacks, established contact with the rebel forces, and provided their advice and training. An important function was the coordination of the military activity of the insurgents with the coalition, although this did not happen formally.

As of March 31, 2011, command of the operation, hereafter referred to as Operation Unified Protector (OUP), was transferred to NATO. The tasks were changed to some extent: After the arms embargo and the flight ban zone were established during the OOD, attacks against Libyan forces intensified during the OUP. With airspace control, coalition forces also targeted Libyan ground forces to prevent their advance; first in the east, then in the west. Second, military installations were attacked and destroyed. All attacks, according to the UN mandate, should be justified in preventing the regime from attacking civilians.

The battles on the ground were stepped up from mid-March, with major moves as more cities and areas were taken, lost and recaptured.

After the intervention secured the rebels’ foothold in Kyrenaika, the regime concentrated on keeping control in Tripolitania. The battles over the strategically important cities of Brega and Misrata were among the fiercest during the war. The battles over the port of Misrata are considered crucial to the war’s progress. On May 15, the regime abandoned the city after three months of siege.

Misrata rebel leaders met President Nicolas Sarkozy and French officers in Paris in July, discussing plans for an offensive westward against Tripoli and coordinating the action with the rebels fighting in the Nafusa Mountains. The Nafusa uprising began in February and was quickly met with regime attacks.

Shipments of weapons, first from France and Qatar, then from the United Arab Emirates and Sudan, helped the rebels, supported by NATO bombing, endure – until they fought back the government forces in July – August. Then they contributed to the rebel offensive against the capital, Tripoli.

Insurgent forces attacked Tripoli in late August. On August 20, rebels went to battle in the city, while forces from Misrata attacked from the sea, supported by Nafusa units that opened a new front the following day. The fighting continued until Tripoli was conquered on August 28.

Before Tripoli’s fall, Gaddafi and close associates had fled, seeking refuge in Sirte. There, on October 20, he was found and killed. Between Tripoli’s fall and Gaddafi’s death, the regime’s forces continued to stand in smaller parts of Tripolitania.

The war ended in reality when Gaddafi was captured by rebels as he tried to escape from Sirte. The convoy he was riding in was observed by NATO air surveillance – and the attack. Footage taken by rebels showed that the dictator was slightly injured when he was taken alive. He was abused and then shot and killed.

After the war was declared, there was violence in several cities, including revenge against people and communities that had been loyal to the regime. Members of Gaddafi’s family, and others belonging to the deposed regime, fled to Algeria and Niger. Saif al-Islam was captured by rebels in the south of the country, November 19, and then detained in Zintan.

Attempts to find a political solution during the war did not go forward. There was little willingness to find a solution that allowed the sitting regime to continue to have a role. This was part of the African Union (AU) peace proposal. A roadmap for peace from the AU in April contained proposals for a ceasefire, including for humanitarian aid, and dialogue aimed at transitioning to democratic rule. The scheme, which required the cessation of NATO air strikes ahead of negotiations and that parts of the regime should remain in power, was accepted by Gaddafi, but not by the rebels – or by the coalition.

Russia, which reluctantly refrained from vetoing UN resolution number 1973, sought to find a diplomatic solution. Although Russia publicly criticized the military attacks, the Russians maintained contact with key coalition countries, and the United States sought their support to persuade Gaddafi to step down. However, Gaddafi rejected the Russians’ push.

In March, Saif al-Islam sent a staff member to London to seek British support for a proposal that he should lead the transition to democratic rule against his father and other relatives being granted immunity. In July, the Libyan regime sought to secure a possible retreat for Gaddafi, where he surrendered the power to remain in Libya. NTC stated favorably on such an opportunity, but it was not pursued. 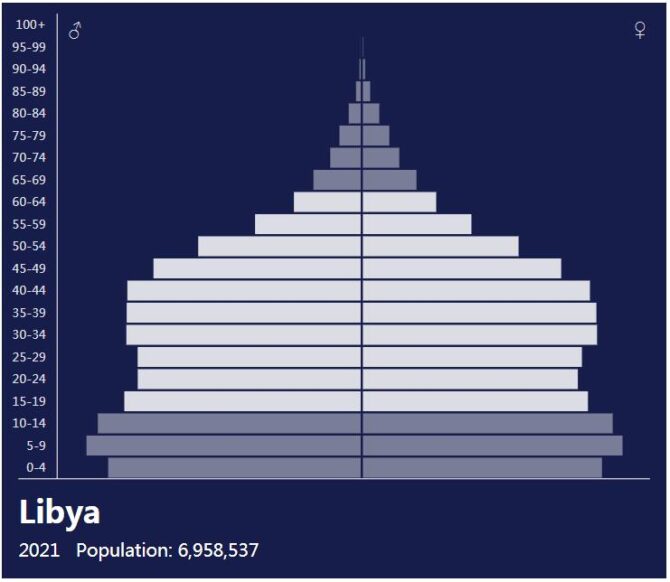