Lesotho. After a few troubled years, the population was allowed to temporarily forget about poverty and political contradictions when the 36-year-old King Letsie III married 23-year-old student Karabo Motsoeneng in February. Thousands of guests, including most of the heads of state in southern Africa, attended the celebrations that took place on day three. The marriage ceremony was held at the national stadium in the capital Maseru.

A diplomatic complication arose in connection with the wedding. King Letsie charged South African President Thabo Mbeki that, as is the tradition, he fined a cow as punishment for not personally attending the wedding but sending his interior minister. 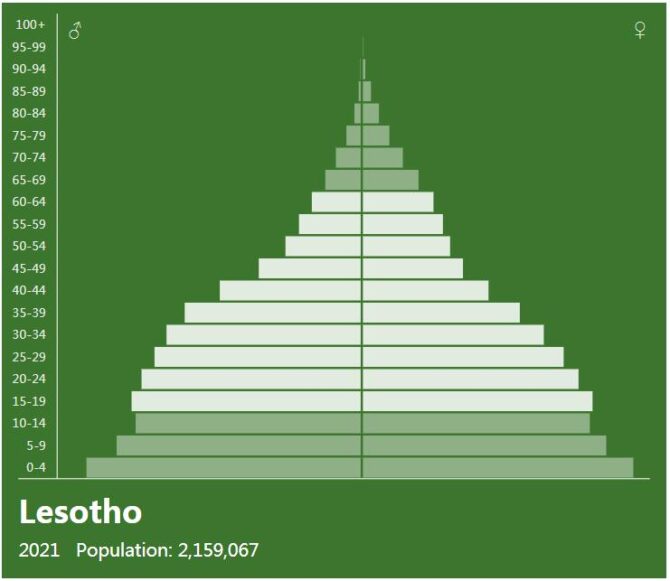 In the 122 years of British colonialism, the small state, completely surrounded by South Africa, was called Basutoland. Only after the conquest of independence in 1966 did it take the name of the Kingdom of Lesotho: it therefore maintained a monarchical form of government. The territory is mountainous and for this reason the country, without prejudice to the capital Maseru, is dotted with villages isolated from each other. Political competition develops mainly on the basis of tribal affiliations. Parties are but a tool to connect their leaders, charismatic and often authoritarian figures, to the sectors of civil society that support them.

The recent past has been tumultuous: deprived immediately after the independence of normal democratic practice (in 1970 the prime minister dissolved the National Assembly), Lesotho was ruled for seven years (1986-1993) by a military junta which forced the king in exile. Although the monarchy has been restored, the current institutional set-up foresees only limited powers and a ceremonial role for the king. During the 1990s, the difficult relations between the predominant party and the army allowed the monarchy to enter into a close relationship with the armed forces. The goal was to subvert the new institutional order that was downsizing its prerogatives. The attempt, thwarted, led to a double change of regency and a period of political instability, during which the use of military force was repeated. The tensions have reached such a serious level that they have prompted the Southern African Development Community (Sadc) to intervene.

Since then, domestic politics has generally been carried out in a peaceful manner, although, again in 2007, the spread of news of electoral fraud was followed by important popular demonstrations. The elections of May 2012 (in which 18 parties participated) led to a coalition government – the first in the history of the country – led by Prime Minister Motsoahae Thomas Thabane, who ousted Pakalitha Mosisili, in power since May 29, 1998. To cope with the tensions, the parliamentary elections, scheduled for 2017, were brought forward to March 2015. The results have, once again, forced a coalition government led by Mosisili.

The incidence of HIV in the country is high (22.9% of the adult population aged 15 to 49 is affected). The phenomenon, combined with a lower fertility rate than African standards (three children per woman), is slowing population growth. One of Lesotho’s greatest merits is the focus on education. The sector is allocated 13% of the entire state budget and this makes the country the first in the world for percentage of expenditure on education. This explains the high percentage of literate people, equal to almost 76%, and the peak reached in female literacy (about 93%).

In foreign relations, Lesotho has always been affected by its close economic and strategic dependence on South Africa. The country maintains its major trade relations with Pretoria and is a member of the Southern African Customs Union (Sacu) as well as of the Sadc, two regional organizations in which South African influence is particularly strong. The economy is very small, capable of producing only 20% of the nation’s demand for food, although agriculture employs nearly half the population. The diamond sector, on the other hand, is continuously growing and should contribute 8.5% of GDP in 2015.

Lesotho imports a large part of its energy from South Africa. A hydroelectric power plant, inaugurated in 1996 and powered by what for years was the largest dam in Africa, now contributes to reducing energy dependence on Pretoria.