Latvia. The coalition government led by Prime Minister Andris Skele fell in April due to internal divisions surrounding the privatization of state-owned enterprises. Prime Minister Andris Skele of the People’s Party, who wanted to speed up the sale, dismissed Finance Minister Vladimir Makarovs. Her party Fosterland and Freedom then withdrew their support for Skele, who was forced to resign. See campingship.com for Latvia travel guide.

President Vaira Vīke-Freiberga appointed Riga’s mayor Andris Berzins as new government leader. In May, he was able to present a four-party coalition with his own party Latvia’s Road and the parties Fosterland and Freedom, the People’s Party and the New Party.

The conflict over privatization policy followed into the new government. The motherland and freedom as well as the New Party voted with the opposition and prevented the sale of the state’s energy company Latvenergo. At the same time as privatization stalled, however, the economy showed good growth.

For much of the year, the political establishment was pursued by a spectacular public debate around a pedophile heritage. In February, MP Janis Adamsons accused then-Prime Minister Andris Skele and Justice Minister Valdis Birkavs of being involved in the scandal. Both denied the allegations, and the Justice Minister hungered to speed up the investigation of the charges.

The prosecutor’s investigation showed after six months that Adamson’s claims were unfounded. The state prosecutor wanted to indict Adamson for slander and abuse of power, but a majority in Parliament voted against revoking his indictment.

Latvia’s tense relations with the Russian Federation were further strained at the beginning of the year when they were served in the first war criminal trial in free Latvia. A 77-year-old Russian and former anti-Nazi adversary was sentenced to six years in prison for the murder of civilians in 1944. But during the year worked Latvian authorities also obtained an extradition from Australia of a Latvian-born man, who was accused of assisting the Nazis in the extermination of Jews in Latvia in the early 1940s.

During the year, Russian President Putin repeated his representative’s warnings against NATO’s plans to incorporate the three Baltic countries as members. The Latvian president reacted in October to two Swedish generals’ statements that Baltic NATO membership would adversely affect Sweden’s security. The Swedish Commander in Chief distanced himself from the statement.

In the fall, Latvian authorities received warnings from the Russian security service that members of a right-wing Russian movement, the National Bolsheviks, planned provocations in Latvia. In November, several of the movement’s members, who had entered the country illegally, were arrested.

In March 2004, Latvia joined NATO. And on May 1, the country, along with 9 other Eastern and Central European countries, was admitted to the EU.

In October, Indulis Emsis’ coalition government fell when its fiscal bill was voted down by 53 votes to 30. Emsis therefore had to file its resignation request. In late November, Vîke-Freiberga appointed Aigars Kalvitis as new Prime Minister. A few days later, Parliament reaffirmed Kalvitis’ new government with 75 votes to 23.

In May 2005, US President George W. Bush visited Riga. That same month, President Freiberga was the only representative of the Baltic countries in the Russian naval parade in Moscow. In June, Parliament ratified the new EU constitution by 71 votes to 11. The ratification took place a few days after the constitution was dropped by referendums in France and the Netherlands. Despite the defeats in these two countries, Foreign Minister Artis Pabriks declared that the European constitution was not dead. In October, the Interior Minister resigned after disagreement with the government about the appropriations for police. In December, it was the defense minister – and former prime minister – Repše’s turn to resign, in the midst of an extensive investigation of his personal business activities.

In July 2007 Parliament elected Valdis Zatler as the country’s new president. Zatler was supported by the government coalition, which consists of 4 center-right parties. In December, Ivars Godmanis was appointed by the president as the country’s new prime minister. He is chairman of the Party of Latvia’s Road. He had been Minister of the Interior since November 2006. 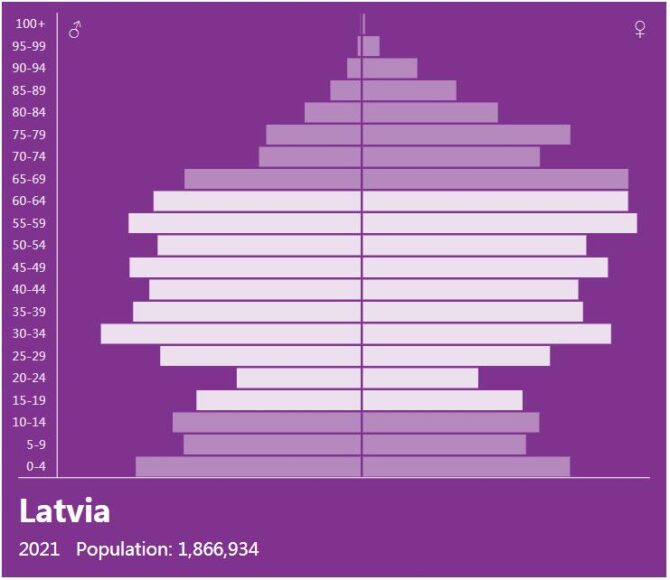