Kuwait. Democratic developments in Kuwait got a crack in July when the country’s constitutional court refused to raise four cases that could have led to women being given the right to vote and to run for political office.

Ali Husayn al-Khafaji, Colonel “Ala”, who led the puppet regime that Iraq imposed in Kuwait in connection with the invasion of the country in 1990, returned in January from Norway, where he had lived in exile. He was immediately arrested. In May it was announced that the death sentence to which he was sentenced in his absence in 1993 was upheld.

In July, Kuwait’s parliament ratified an agreement with Saudi Arabia that states how the border runs in the waters off the coast of the countries.

In May 2005, the government began designing a new legislative package to give women the right to vote and to stand for election. At first reading, the package was adopted by 26 votes against 20 and 3 abstained. President Jassem al-Kharafi can run for election to government and municipal councils. However, there will still be some time before these advances can be exploited by women, as the next parliamentary elections will take place in 2007 and municipal elections in 2009.

A constitutional chaos ensued in October 2005 when a member of parliament called on 76-year-old Sheikh Saad al-Abdullah al-Sabah to resign from the throne post. The reason was that the emir itself had been hospitalized. In advance, he had only rarely appeared in public after a heart attack in 2001. The head of the National Guard, Sheikh Salem al-Sabah, called for “supporting the emir’s leadership.”

Throughout 2005, migrant workers – who make up the majority of the country’s workforce – protested on numerous occasions against non-payment of their wages, arbitrary reductions in their wages, poor treatment from the employer side, poor living conditions and failure to extend residence and work permits.

In January 2006, emir Jaber al-Sabah died at the age of 80. Saad al-Abdalah al-Sabah was appointed emir, under highly debated circumstances. Many were of the opinion that with his 75 years he did not have the right age to take over the post of head of state. The criticism led him to resign just a week later, leaving the post to his youngest brother, Sabah al-Ahmad al-Sabah.

During the visit of Iran’s foreign minister, Manuchehr Mottaki, in Kuwait in May 2006, the emir, citing US criticism of Iran for its nuclear program, declared: “Iran has been and continues to be the focal point of the region, and has always known to develop its relations with wisdom”.

After trying for several years, Parliament passed a bill recognizing women’s political rights, allowing them to vote and stand as candidates.

A bill to reduce the number of constituencies from 25 to 10 led to fierce conflict between government and parliament. The Emir therefore dissolved Parliament on May 21 and postponed new elections. During the June parliamentary elections, reform-oriented candidates received 33 of the 55 seats in parliament. This was the first choice for women to stand. However, no woman was chosen.

In March 2007, Parliament tabled a motion of no-confidence against the Minister of Health, Sheikh Ahmad al-Abdulá, for administrative and financial irregularities in his ministry. To avoid a vote, the entire government resigned.

Again in March 2009, the emir dissolved parliament, leading to the Prime Minister and the rest of the government’s departure. Parliamentary elections were held in May, and for the first time in the country’s history women were elected. Out of Parliament’s 50 seats, 4 were occupied by women. Since political parties are banned, all nominated candidates were independent. Over 2/3 of the country’s people do not have Kuwaiti citizenship and were therefore not eligible to vote.

On May 31, Israeli pirates attacked a relief column in the Mediterranean on their way to Gaza. The Israeli military subsequently detained all those on board – including 18 Kuwaiti nationals. The Emir put pressure on Israel to release the 18 Kuwaiti, and subsequently brought them home on a Kuwaiti plane after being allowed to cross the Jordanian border. 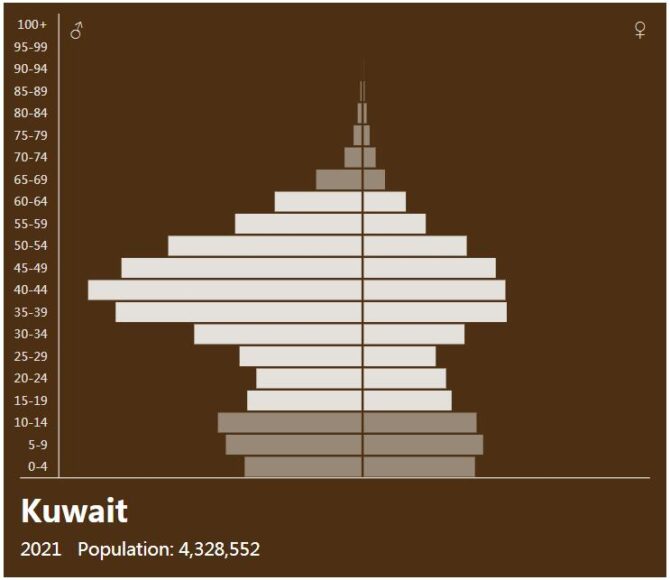