Ivory Coast. Following the coup in December 1999, the military junta first seemed friendly to former Prime Minister Alassane Ouattara, who had been barred from participating in the presidential election by the deposed government. His citizenship had been rejected on the grounds that his one parent came from Burkina Faso.

In the new civilian military government, Ouattara’s Republican Collection (RDR) party received several items. But as early as May, all RDR members were dismissed, and a new constitution adopted in a July referendum stated that both parents of a presidential candidate must have been born in Ivory Coast.

The military regime was shaken by a soldier’s mutiny in July and a bloody coup attempt in September. At least 13 people were killed in clashes in the southwest between a native population group and immigrants from Burkina Faso. Several thousands of Burkinis fled. Ethnic tensions both within the regime and in the country as a whole increased.

Presidential elections were held in October. Since Junta Chief General Robert Guéi announced that he would stand for himself, while the Supreme Court ruled out both Ouattara and the former ruling party PDCI’s candidate from participation, both the US and the EU suspended their financial support for the electoral process. The United Nations, the United States and the OAU refused to send observers.

Both RDR and PDCI called for boycotts, and turnout was low. Socialist Party FPI candidate Laurent Gbagbo took a clear lead in the voting and was believed to go against victory when Guéi canceled the bill, dissolved the electoral commission and proclaimed himself victorious. When violent protests erupted, the soldiers soon stood on the side of the protesters, and the military junta began to fall apart. Guéi flew in a helicopter, after which new voting results gave Gbagbo the victory. Instead, clashes between Gbagbo’s supporters and sympathizers broke out in Ouattara. At least 170 people were killed, most Muslims, before the riots erupted.

Laurent Gbagbo took both PDCI and a smaller party into his government, but RDR declined and the outside world took a chilly stance on Gbagbo, as the election was not considered to reflect the will of the people. Since Ouattara was rejected as a candidate even in the December parliamentary elections, new unrest broke out with at least 20 casualties in Abidjan. RDR again called for election boycotts, and international organizations took their hand from the election. FPR won but did not get its own majority and was forced to continue cooperation with PDCI. The turnout was now very low, and in 29 constituencies in RDR’s bracket in the north, no election was held at all. The formerly calm Ivory Coast was now deeply divided, and in the north there was talk of an outbreak. 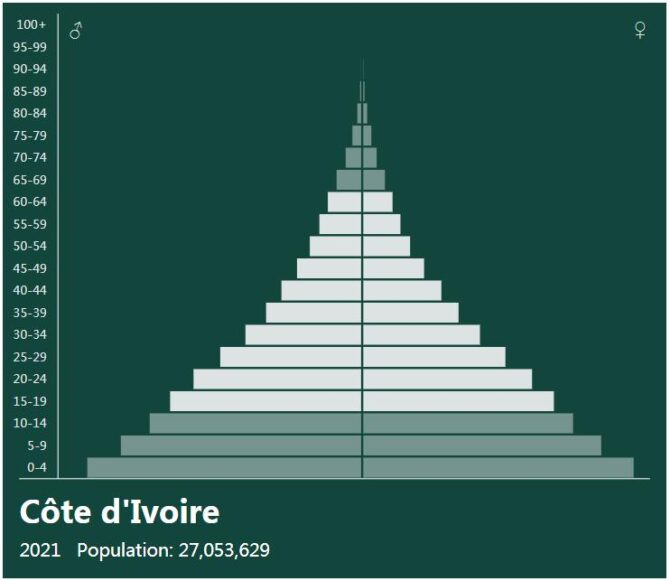