Georgia. The country was marked by the war between the neighbors of the Russian Federation and Chechnya. At the beginning of the year, several thousand Chechen refugees crossed the border into Georgia. They were housed in private homes and provided by international aid agencies. The presence of the refugees led the Russian Federation to repeatedly accuse Georgia of hosting Chechen guerrilla bases. This was denied by Georgia, but the nation lived under constant fear of Russian military attacks.

Officially, Georgia supports the Russian war effort in Chechnya, but both parties know that is what the small country must do to not provoke its powerful neighbor. Georgia turns otherwise politically and economically to the west. President Edvard Shevardnadze has succeeded in this difficult balance art, and at the presidential election in April he was re-elected for a new five-year term. Shevardnadze got about 80% of the votes against about 17% for challenger Jumber Patiasjvili. The European Security and Cooperation Organization OSCE election observers reported irregularities, but had no evidence of election fraud.

After the election, Shevardnadze reformed his government. He had promised in the election campaign to tackle the severe corruption, which made a small group of stormy but slowed economic reforms and foreign investment.

The World Bank estimates that about a fifth of Georgians live on less than the equivalent of SEK 20 a day. Malnutrition among children has been reported.

The high energy prices have forced people into predatory operations in Georgia’s forests, which has led to increasingly difficult floods and caused environmental refugees. President Shevardnadze has stated that 20% of Georgia’s area should be protected as a national park, but only a small proportion had received such protection.

Five UN employees, including two Danes, were arrested in June by unknown men in western Georgia against the border with the Abkhazia outbreak region. They were released undamaged after a few days. Some clearing in the conflict between Georgia and Abkhazia was noted in July when the respective governments signed an agreement on certain stabilizing measures in the conflict area.

The tension between Abkhazia and Georgia increased in August 2009, when Georgia stopped a Turkish ship transporting fuel to Abkhazia. In response, Abkhazian leaders later threatened to destroy Georgian vessels if they entered Abkhazian waters. However, he stressed that no Russian naval forces would be deployed.

In September 2009, Venezuela recognized Abkhazia and South Ossetia as independent. It happened when President Hugo Chávez visited Moscow and was promised to buy weapons from Russia. Previously, only Nicaragua had followed in Russia’s footsteps and recognized the outbreak states.

Following a visit by Russian President Dmitry Medvedev in August 2010, it was announced that Russian air defense robots had been installed in Abkhazia.

In May 2011, Sergei Bagapsh, who has been President since 2005 and Vice President Aleksandr Ankvab took over. In the new election held at the end of August, Ankvab won by close to 55 percent of the votes.

The three candidates who ran for election were all strongly Moscow-friendly and opposed a reunion with Georgia. The election was condemned by both the Government of Georgia and the Western Alliance NATO.

In June 2014, Ankvab resigned after the opposition organized a series of protest meetings and stormed the presidential palace. Ankvab was blamed for the country’s financial problems.

In August, a new election won by Raul Chadzhimba was held which, like the other four candidates, advocated close ties with Russia. 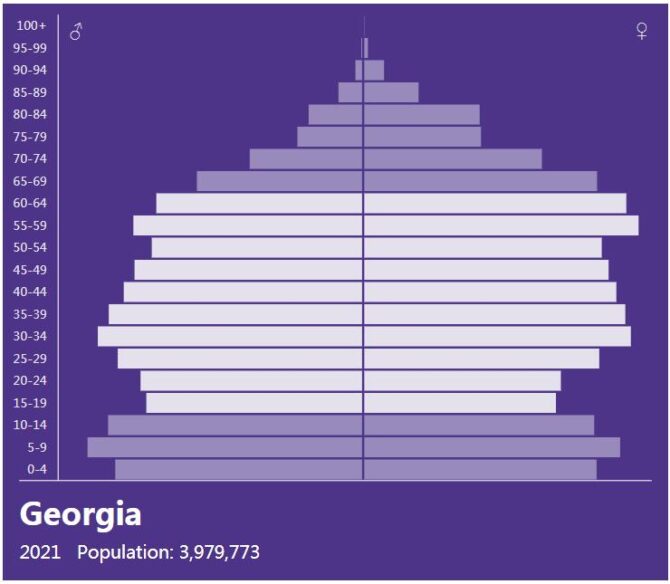