Swaziland. The authorities struck in February against Swaziland’s pro-democracy groups. An opposition leader was arrested when he demonstrated against the country’s constitution, which since 1973 bans party politics and in practice gives all power to the king. The police also searched the house of the political youth organization Swayoco, a leading opposition force. At the same time, King Mswati III invited the Constitutional Commission to present the results of its ongoing investigation before the end of 2000.

Parliament Speaker Mgabhi Dlamini resigned in March following pressure from elected officials. Mgabhi was accused of having seized a cud rock from the king’s livestock at a fertility ceremony. The manure was intended for a special ride.

One of King’s advisers shocked health care professionals in August when he suggested at a conference that HIV-infected and AIDS sufferers should be isolated in special camps. In Parliament there was also a bill to sterilize HIV and AIDS sufferers. A quarter of Swaziland’s population is estimated to be HIV-infected. The average life expectancy has dropped to around 30 years.

In November, workers striked in the capital Mbabane and in the industrial city of Manzini demanding democratic reform. According to the union, the strikers were attacked and beaten by police. Trade union leaders criticized new legislation, such as made workers financially liable for corporate losses in a strike. The US responded to the new legislation by excluding Swaziland from certain benefits in its Africa aid policy. The police arrested an opposition leader and accused him of rebelling against the king. 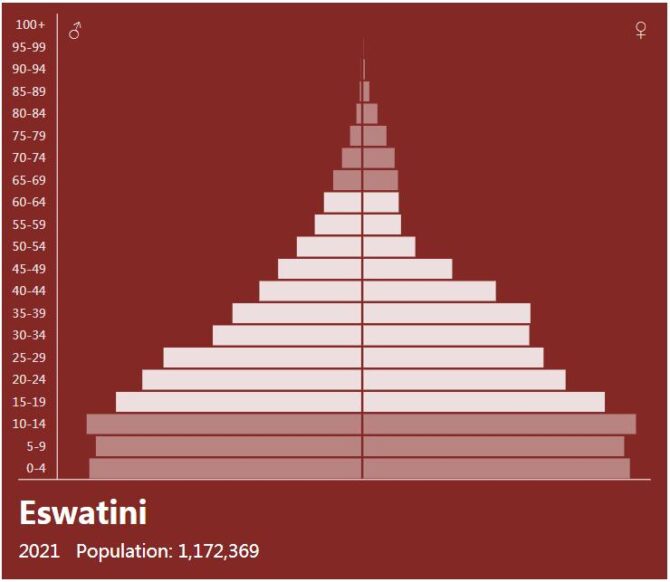 Swaziland Independent kingdom of southern Africa. Small landlocked territory between South Africa and Mozambique, mainly inhabited by Swazis. Formed in the 18th century. under the royal house Dlamini, still reigning, in the 19th century it clashed with the Zulu kingdom. British protectorate (1902), it saw many agricultural lands expropriated by whites and a strong Swazi emigration to South African mines. King Sobhuza II he fought for land redemption and after 1960 created a monarchical party (Imbokodvo) which led the country to independence (1968). He abolished the Constitution, banned parties (1973), deemed incompatible with Swazi traditions, and launched a network of traditional assemblies (1978). The monarchy remained absolute even with the successor Mswati III (1986) and was codified in the new Constitution which came into force in 2006, which, while providing for the recognition of freedom of assembly and speech, retains a decidedly authoritarian structure. There is strong pressure from the opposition for a democratization of the system. The country, which is experiencing growing socio-economic difficulties, has been particularly affected by AIDS.