Cuba. The media’s most notable event during the year revolved around 5-year-old refugee boy Elián González. In a crash off the coast of Florida on November 25, 1999, he lost his mother and stepfather during an attempt to escape to the United States, but survived himself and was cared for by relatives in Miami. The Elián case soon received political overtones, and he became a tool both in an international ideological struggle and in the US presidential campaign. In Havana, crowds demonstrated Elián’s immediate return to Cuba and reunited with his father, and in the United States, both presidential candidates Al Gore and George W. Bush and Senatorial candidate Hillary Clinton sought to win the voice of the Spanish-speaking minority by advocating political asylum for Elián. From an official point of view, however, both Cubas and the United States claimed.

On April 22, Elián was taken from his relatives’ home in a dramatic campaign by federal police. In the protracted legal process that followed, relatives in the United States lost time and again, and in July, the boy and his father were back in Cuba. But the criticism of the police’s conduct in the affair received a symbolic aftermath; The Miami police chief resigned and was replaced by a Spanish-speaking city’s first ever.

Bilateral relations with the United States increased during the year, and some easing of the US embargo on Cuba was noted. The main advocates in the United States for the total lifting of the embargo are strong lobby groups who claim it harms American interests more than Cubans. According to an evaluation commissioned by the United States government, the consequences of lifting the embargo would be a $ 500 billion increase in bilateral trade, 70% of which would be U.S. exports.

Some observers see the growing awareness that an end to the embargo on Cuba is drawing closer and the end of the Elián affair reflecting a diminishing influence on the heavily regimental, exile-Cuban colony in the United States of 780,000. 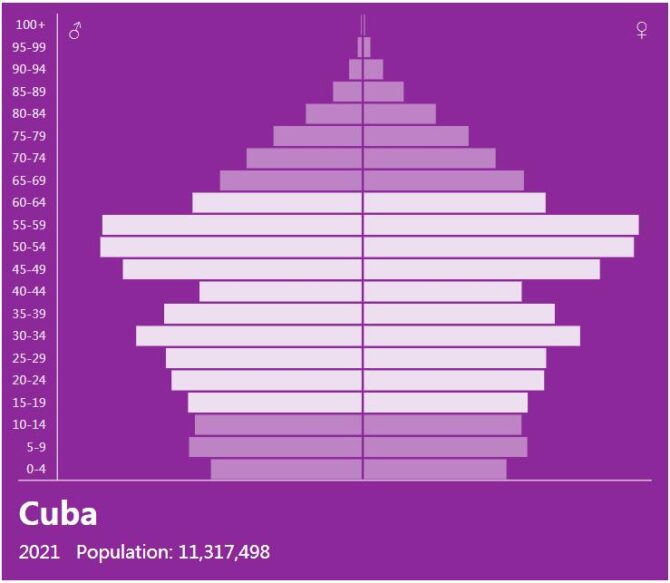