Croatia. The Croats turned a historic magazine when in January they elected a Democratic government and a Democratic president, 65-year-old Stepan Mesić, who is significantly less power-hungry than his predecessor Franjo Tudjman. Mesić was the last president of Yugoslavia and Croatia’s first prime minister. He broke with Tudjman and his party HDZ (Hrvatska Demokratska Zajednica) in 1994 and founded the small middle party of Croatian independent democrats (HND, Hrvatski Nezavisni Democracy), which he left when he became president. See cachedhealth.com for food and entertainment in Croatia.

In the parliamentary elections, 55 of Croatia’s 62 parties stood in line. HDZ, which had been in power since independence in 1991, suffered a stinging defeat, while the electoral coalition between social democrats and social liberals, the SDP/HSLS (Socijal Democratic Party/ Hrvatska Socijalno Liberalna Stranka), won a landslide victory.

The new government that was formed promised to improve the volatile economy. through closer contacts with the EU, to work for refugees from, for example, the Serbian enclave Krajina to be able to return and to cooperate with the UN War Criminal Tribunal in The Hague. Croatia, who had become increasingly isolated under Tudjman’s nationalist rule, slowly entered the European heat, but it will still take a long time to reach the coveted EU membership. The tourists began to return to the Adriatic coast, and Croatia joined NATO’s Partnership for Peace in May. In March, Croatian general Tihomir Blaskić was sentenced by the War Criminal Tribunal to 45 years in prison for crimes against humanity and violations of the laws of war.

In April 1999, a court ruled that there was insufficient evidence to convict 6 former Croatian soldiers for war crimes against the Serbs – despite the fact that 1 in 6 had pleaded guilty to the press. Croatians generally consider themselves victims of Serbian aggression, and the trial was in that sense the first in which Croats stood accused of crimes committed against the Serbian minority in Croatia.

In November 99, President Tudjman was hospitalized and he died in December. The death caused the planned elections to be postponed one month into January. In December, the Supreme Court issued a ruling in which state television was found guilty of violating the constitution, having refused to bring 2 calls from the newly formed independent group, Vote 99. The station’s argument had been that the group did not call for voting itself but at the largest opposition party – to the detriment of the ruling party.

At the January 2000 election, Stipe Mesic was elected president. He was a candidate for a center-left alliance made up of liberals, social democrats and other groups. The elections significantly changed the political landscape. The new government’s top priorities were the integration of Croatia into the EU and NATO, the elimination of corruption, military reforms and restrictions on the president’s power. These objectives immediately meant that Mesic needed to change relations with Bosnia and Herzegovina. The fact that part of Croatia’s army was in Bosnia and Herzegovina was instrumental in preventing Croatia from joining the EU. The changed policy towards the neighboring country also led to an improvement in the internal political situation in Bosnia and Herzegovina.

In February 2001, hundreds of thousands of war veterans in Split’s streets demonstrated against the attempt to arrest General Mirko Norac for war crimes. The changed attitude of the Social Democratic government on this issue caused the right wing to accuse it of treason and demand its and the president’s departure. 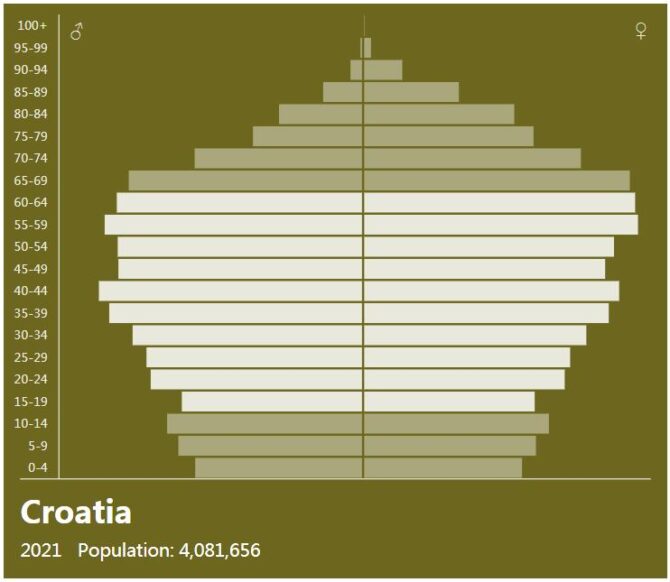