Slavery was abolished in 1834, but the “plantation economy” has remained alive until today. The major property owners of European origin dominated political life well into the 20th century.

Inspired by the trade unions, in 1938, the initiative was taken to form the Barbados Workers’ Party, led by Grantley Adams. Political rights were gradually expanded. After introducing the universal suffrage in 1951, Adams was elected prime minister of the local government.

Barbados became autonomous in 1961 and gained full independence in 1966, as a member of the Commonwealth. Elected Prime Minister Errol W. Barrow, known as the Father of Independence Policy, was the first to hold this post. Unlike the other Caribbean island communities, however, Barbados has never been totally separated from the Motherland.

Since 1966, Errol Barrow’s Labor Party Government has helped found the Caribbean Free Trade Organization CARIFTA, which in 1973 was transformed into CARICOM, with the participation of 12 of the region’s island states. Barrow made political approximations to the Organization of Alliance Free States.

Free education and new laws did not change Barrow’s hesitant attitude towards the owners of the sugar refineries. The rise in unemployment reduced support and later led to electoral defeat.

In 1970, Barbados was admitted to the International Monetary Fund (IMF).

In 1976, the Labor Party achieved 17 of Parliament’s 24 seats. Tom Adams, the son of Grantley Adams, was elected prime minister and promised to crack down on corruption. The Labor Party characterized itself as a Social Democratic Party, and in November 1978 joined the Socialist International. But the government defended the interests of foreign, multinational corporations in the sugar industry and tourism while trying to attract additional foreign investment.

Adams asked Washington to close its naval base in St. Lucia, which happened in 1979. Adams was re-elected and strengthened ties with Washington. Barbados backed the North American invasion of Grenada in 83.

With a view to attracting foreign investment to the country, the government introduced new tax rules and liberalized ship registration laws. As a result of a US-Barbados agreement signed in 1986, 650 offshore companies could be registered; yet unemployment and inflation continued to rise. 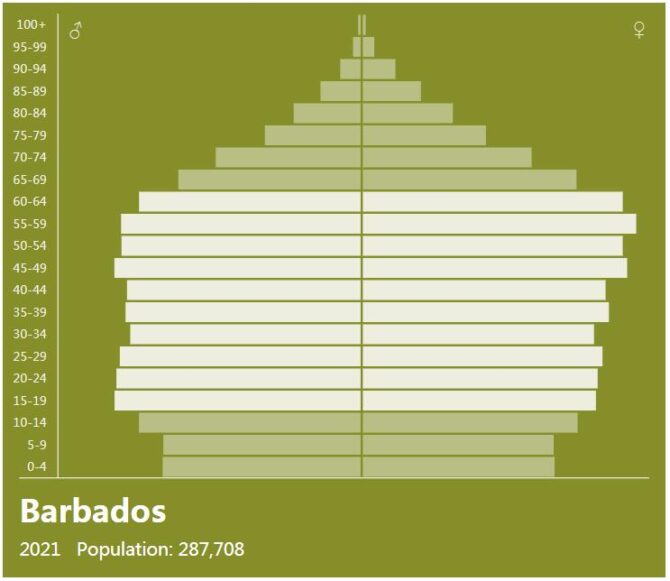