Bahrain. At the end of September, the Emir of Bahrain, Sheikh Hamad ibn Isa al-Khalifa, appointed four women, among them a Christian, as well as a Jewish man to the members of the country’s highest advisory congregation, Shuran. Shuran’s 40 members have no formal powers, but issue recommendations on how to govern the country. Previously, all important posts in the country were held by Muslim men.

On August 23, a passenger plane of the Airbus A320 type from Gulf Air crashed just before landing in Bahrain. All 135 passengers and crew died. The cause of the accident could not be clarified.

The conflict with Qatar over the Hawaiian Islands was not resolved during the year.

Danish-Bahrain human rights activist Maryam Al-Khawaja, co-director of the Gulf Center for Human Rights, was arrested in August 2014 when she landed at Manama’s airport. She went in to visit her father, who had been sentenced to life in prison by the dictatorship, and was on a hunger strike. After 3 weeks in custody, she was released on bail and then traveled out of the country. In late November, she was sentenced to 1 year in prison in absentia. The dictatorship was to use the verdict to prevent Maryam from trying to enter again. Maryam’s sister Zainab was tried in October for tearing a photo of the king in pieces. In December, she was sentenced to 3 years in prison and a $ 8,000 fine for “insulting the king”.

In November, the dictatorship carried out elections, which were, however, boycotted by a majority of the population.

In December 2014, 2 men were sentenced to death. Amnesty International strongly criticized the verdict as the 2 men had been subjected to torture. By the beginning of the month, the state had further tightened its terrorist legislation. Suspects could now be held in custody for up to 7 months before a trial, police could detain and interrogate suspects for up to 28 days, were granted extended powers to conduct house searches and were given the right to disconnect all telecommunications in an area for up to 24 hours. The following week, two bombs were dropped in the villages of Damistan and Karzakan. cost a Jordanian valet. 21 Bahraini nationals were deprived of their citizenship in 2014 after being convicted of “terrorism”; 4 organizations, including the country’s largest opposition movement on February 14, the coalition, during the year was banned and designated as terrorist organizations. The United States and the EU continued unconditional support for the dictatorship – despite the expulsion of a senior North American diplomat in July.

Bahrain joined in the fall of 2015 for Saudi Arabia’s attack war against Yemen.

In March 2016, authorities arrested human rights activist Zainab al-Khawaja. She was released in June, where after she traveled to Denmark, where she also holds citizenship. She stated that authorities were putting together a lengthy indictment against her that would trigger a lengthy prison sentence.

In May, an appeals court doubled the secretary general of the country’s largest opposition organization al-Wifaq, Sheikh Ali Salman’s imprisonment from four to nine years in prison. In June, authorities went ahead in the fight against opposition by simply banning al-Wifaq and confiscating its funds. At the same time, the organization’s spiritual leader, Sheikh Isa Qasim, was deprived of his citizenship for allegedly calling for sectarianism. Hundreds of protesters, including many clerics, then gathered outside Qasim’s house in Diraz for a peaceful protest against the dictatorship. Authorities responded again by raising charges against 50 Shia clerics. During the year, the authorities deprived 133 Bahraini nationals of their citizenship. 7 were expelled to the country – as stateless. Since 2015, 341 had been deprived of their citizenship.

In 2016, Britain was under construction for a permanent naval base in Bahrain and therefore completely refrained from criticizing the deterioration of the human rights situation in the country. The same was true of the United States. In August 2016, 5 UN human rights experts issued a joint statement criticizing the authorities’ systematic persecution of Shi’as. 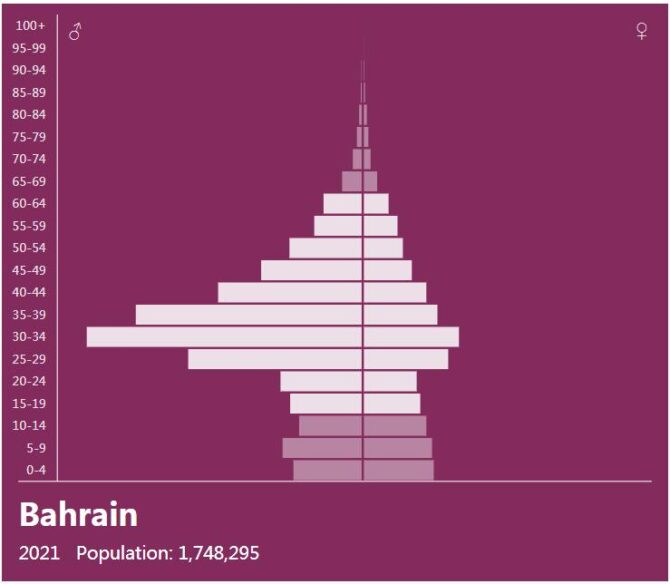