Azerbaijan. In March, the “president” of the Nagorno-Karabakh breaker, Arkadij Gukasian, was subjected to an armed attack. He was wounded but survived. A series of arrests followed the attack, and the former enclave’s former defense minister was brought to justice accused of planning the attack against Gukasian. Shortly after the assassination attempt, fighting broke out at the border between Azerbaijan and Armenia. Ten Azerbaijani soldiers were reported killed in the clashes.

A few hundred people were arrested by police in May following a demonstration involving several thousand people, demanding the resignation of the single president Gejdar Alijev. The police were charged with assault against the protesters. In June, Aliyev released about 80 political prisoners, but many members of the political opposition were still imprisoned. Assessors said that the release was linked to an upcoming debate in the Council of Europe about possible future membership of Azerbaijan.

Following criticism from the West, Aliyev agreed to the demand that the opposition be allowed to register parties and take part in the parliamentary elections in November. Twelve opposition parties agreed to urge voters to gather their votes for the Musavat Party led by Isa Gambar. But when the election was over, Alijev’s ruling party Yeni Azerbaijan was proclaimed victorious with about 70% of the vote, while the opposition parties would have received only a handful of seats.

The opposition’s own data spoke of Musavat’s victory over Yeni Azerbaijan and a turnout of only half of the 70% officially declared. International observers explained that the election had been undemocratic and that electoral fraud had occurred in various forms. The opposition demanded new elections. Protests against the regime erupted in several parts of the country, and the police reportedly arrested many people.

The ruling party’s top candidate in the election was the president’s son Ilham Alijev, who had been elected vice-chairman of the party the year before and who was considered by many to be the next president.

According to a report from the World Bank during the autumn, government corruption in Azerbaijan was worse than in any other country in the world.

Armenian Prime Minister Nikol Pashinyan calls for talks on Russian aid in the light of the defense agreement between the two countries. Pashinyan points out that the state of war around Nagorno-Karabakh is approaching the borders of Armenia and that the opponent Azerbaijan has the support of Turkey. The agreement with Russia does not cover the controversial exclave, which lies within Azerbaijan’s borders, but the escalating situation makes many fear that the great powers Russia and Turkey will become more involved in the conflict. Just over a month of fighting has claimed at least 1,200 lives (the actual number is believed to be higher) and the parties accuse each other of not sparing civilian targets.

Another attempt at mediation fails

Third attempt at a cease-fire during the autumn battles between the army in e n and Azerbaijan over the disputed territory of Nagorno-Karabakh enters into force. But violations of the agreement are reported after only a few hours. In Iran, which borders both countries, the Revolutionary Guards have announced that the border has been strengthened with new postings since bullets, or rather grenade fire, from the fighting reached Iranian territory.

Armenia and Azerbaijan agree on marathon negotiations in Moscow on a ceasefire in the recent Nagorno-Karabakh war, which escalated in late September, but continued hostilities are reported. According to the agreement, the International Committee of the Red Cross will assist with the exchange of prisoners and the righting of the remains of the fallen, but the organization says that this can not happen until there are safety guarantees for Red Cross personnel. According to various sources, the fighting has claimed nearly 500 lives, of which about 60 are civilians.

The fighting between Azerbaijan and Armenia has shed light on arms deals between Israel and the Azerbaijani state. It has been known for several years that the Aliyev regime is a customer of the Israeli defense industry, while Israel imports Azeri oil. Israel does not publish sales figures country by country, but Azerbaijan has confirmed the purchase of, among other things, equipped drones. Advanced weapons systems have made the balance of power in the Caucasus more uneven than before, and Armenia (which has not opened an embassy in Israel until recently) is concerned. A site that follows air movements also shows that an Azeri plane took off from an airfield in Israel, near a military base, as recently as just before the latest outbreak of war. The subject is now being raised at the presidential level and the Israeli head of state, Reuven Rivlin, promises humanitarian aid to Armenia. 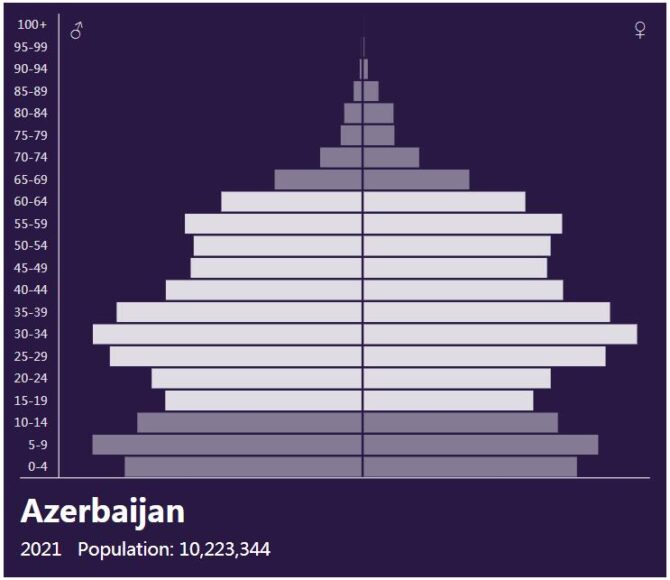