Turkmenistan. Nurberdy Nurmamedov, leader of the unregistered opposition party Agzybirlik, was sentenced in March to five years in prison accused of hooliganism and intent to commit murder. Nurmamedov’s son had a couple of months earlier been sentenced to two years in prison for alleged hooliganism. The opposition leader was arrested at the beginning of the year after he protested against the implemented amendment of the country’s constitution, which meant that the same person could hold the presidential office for more than two consecutive terms of office. Nurmamedov described this as undemocratic and unconstitutional. Foreign diplomats were prevented from attending the Nurmamedov trial.

The European Development Bank (EBRD) declared in April that it could no longer pay out loans to the public sector in Turkmenistan, as the country had made no progress towards democracy or market economy. However, the bank would continue to fund private sector projects. President Saparmurat Nijazov is almost unanimous, and all parties except the ruling party were banned from participating in the 1999 parliamentary elections.

This year’s cotton and rice harvest was worse than normal. The president rejected the regional authorities’ declaration of water shortages in northern Turkmenistan, and in the eastern part of the country he dismissed a number of local officials who failed to reach the set target for the harvest.

During the autumn, a giant project was started in the northern part of the Karakum desert, where an artificial lake will be created for irrigation of 4,000 km2 land. President Nijazov, who is behind the idea, rejected concerns from environmental organizations that the project could be counterproductive.

Nijazov and his visiting Ukrainian colleague Leonid Kuchma signed a contract in October that Turkmenistan would supply Ukraine with 35 billion m 3 of gas in the following 15 months. The agreement was estimated to bring in about SEK 12 billion. 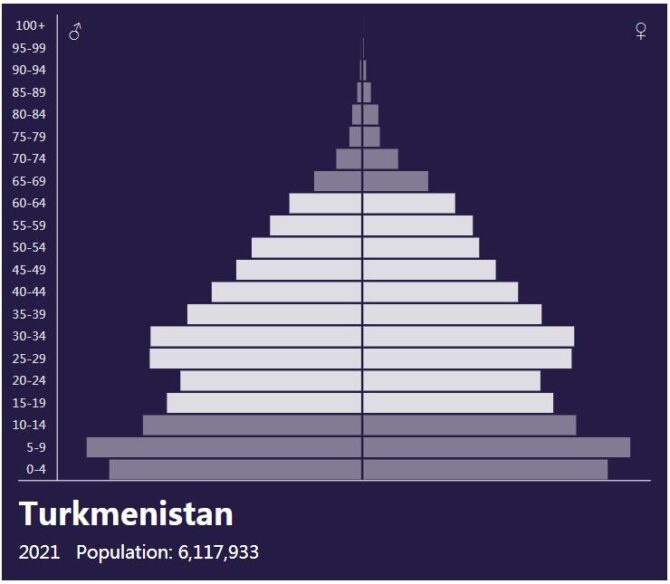