South Africa. The national organization COSATU carried out several nationwide strikes in the spring in protest against unemployment. According to the unions, one million jobs have been lost in the last ten years. Labor market concerns and fears that the crisis in Zimbabwe would spread to South Africa helped weaken the currency, the rand, which in May had lost 14% of its value against the dollar since the start of the year.

A free trade agreement with the EU that would have come into force on 1 January was delayed by southern European protests against South African spirits with European names such as grappa and ouzo. The agreement would have cleared 90% of trade between South Africa and the EU within ten to twelve years.

The apartheid system continued to cast its shadow over South Africa. An investigation showed that racism is still thriving within the armed forces and that especially soldiers with a background in the black liberation movements are being treated abusively. In October, the TV viewers were shocked by a video showing how six white police officers incited their dogs against three arrested blacks, while at the same time abusing them.

The Truth and Reconciliation Commission granted amnesty to former police chief Johan van der Merwe, who admitted the murder of three ANC men, and Eugene de Kock who murdered 14 apartheid opponents during his time as leader of a police death squad.

President Thabo Mbeki aroused uproar when he questioned the link between the HIV virus and AIDS and invited American “revisionist” researchers who claimed that poverty and drug abuse are spreading AIDS. After being criticized from all directions, including President Nelson Mandela, Mbeki resigned from the debate and South Africa launched a major campaign for safe sex. South Africa is estimated to have more than four million HIV infected; about 10% of the population.

Two opposition parties merged in June. The Democratic Party (DP) and the New Nationalist Party (NNP, heirs to the ruling party of the apartheid era) formed the Democratic Alliance under the leadership of DP Chairman Tony Leon.

The ANC retained its dominant position, but lost slightly in local elections in December against the 1999 parliamentary elections.

On the road to apartheid

In 1910, a new constitution was adopted for the South African Union, a federation of the provinces of Cape, Natal, Oranje and Transvaal. It stated that the blacks did not have the right to vote and had the right to own land. In 1930, 90% of the arable land belonged to Europeans or their descendants. After 1910, racial segregation policy developed rapidly. The so-called Native Labor Act imposed on the workers in the cities the same submissiveness that the rural workers were already subject to. Native Land Actfrom 1913 formalized the reserve policy of the last century. The black population, which constituted three-quarters of the total population, was entitled to 7% of the country’s territory in the form of the so-called «Bantustans». The remaining 93% of the land was handed over to the whites, who made up only 10% of the population. In the heavily overpopulated Bantustans, subsistence agriculture was the most common, while the land on the white estates was driven intensively. The reserves were intended to serve as reserve arms (available and cheap labor) for the surrounding white capitalist society.

The Native Urban Act of 1923 placed strong restrictions on the black population’s ability to settle in white cities and boroughs. At the same time, their movements and organizations were subjected to intense scrutiny. The intention was to prevent the development of most other capitalist countries from being repeated. Ie that a permanent industrial proletariat emerged with freedom of organization and voting rights. The white workers used their political influence to secure a number of privileges. Among other things. in the form of a ban on Africans getting more qualified work. The already large pay gap was even greater.

The white economy up to World War I was based on a combination of mining and intensive farming. The recession that followed the end of the war forced the large mining companies to hire African labor, which led to racial clashes between wage workers. The white workers went on strike during the slogan: “Workers in all countries, unite, and fight for a white South Africa”. The strike in the Rand mines in 1922 was fiercely attacked by the government. The majority of the strikers were poor white descendants of the Boers. They were trapped by the extreme right wing’s ultranationalist propaganda, frustrated with losing the war of 1899-1902, losing their land, and unable to find employment in the emerging industry.

The nationalists won the election in 1924 and, together with their allies in the Labor Party – which in effect represented national citizenship in the cities – broke with traditional liberal economic policy and introduced protectionism. It affected the big mining companies. aimed at promoting industrialization. The nationalists supported the development of a form of state capitalism – building steelworks, railways and electric power. It was the basis for rapid economic growth, characterized by many as an economic marvel.

In the late 20s, however, the euphoria was picked up by a new crisis as the price of gold fell on the world market. It also led to a crisis in the alliance between nationalists and the “Labor Party”. In order to survive in power, the nationalists now decided to rely on the previously hated foreign capital, and at the same time retained the racial segregation policy, which was the means of securing large quantities of cheap labor. Industrial development gradually brought on the rise of black workers, and this created new racial conflicts. A secret association – African Brotherhood– became the main tool of the white right wing in the fight against the blacks. It had profascictive views that were summed up by later Prime Minister John Vorster as follows: “We stand for Christian nationalism, which is an ally of national socialism.”

During the recession before World War II, the pattern was repeated. Poor whites who were threatened with unemployment became more racist and launched the slogan «Gevaar KKK» (Beware of Kaffer, Koelie, Communism – the blacks, Indians and communism). In this socially tense situation, and based on the Brotherhood, the Nationalist Party was formed, which in 1948 obtained a majority in parliament, and was the architect of the subsequent consistent apartheid policy.

The Nationalist Party was based on cultural, religious and economic organizations. Its basis was the petty bourgeoisie and the most threatened white groups: small farmers with no more land and unskilled workers who had their white skin color as the only privilege. The industrial recovery during World War II had led to more blacks moving to cities and more strikes.

The appeal of the apartheid program must be understood in this context, with its demand for a ban on all opposition, widening racial disparities, forcibly relocating “redundant” Africans from the cities, tight regulation and labor control. 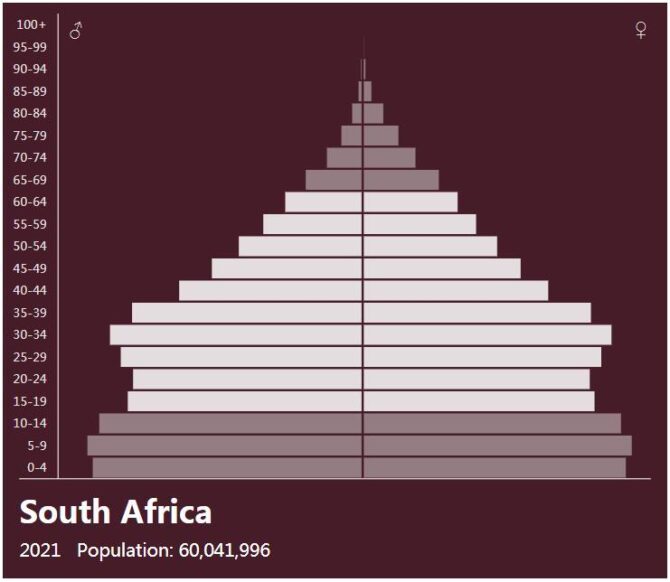