After a phase of centralized management of the economy (the first five-year plan had already been adopted as early as 1947) culminating with the forced collectivization of agriculture in 1950, Tito introduced the self-management concept. The purpose was to ensure that the workers were directly involved in the decisions regarding their living conditions and work, and to ensure the socialist democracy against technocratic distortion and state abuse. The system was based on social – not state – ownership of the means of production and natural resources, administered by the workers. Similar forms of self-management were developed in trade and service.

With its ideological independence from both the Soviet Union and the United States, Yugoslavia became an example for a number of independent developing countries in Africa and Asia. A group of alliance-free countries emerged with Tito, Nasser, Nehru and Sukarno as the leading figures. This group was to become of great importance in world politics.

After Stalin’s death in 1953, relations with the Soviet Union improved. In 1955, Khrushchev and Bulganin came to Belgrade and a declaration containing the principle of non-interference in the internal affairs of other countries was adopted. The agreement represented a breach of the overall position claimed by the SUKP against all other Communist parties, and opened the way for a far more differentiated development in the Communist parties in the world. But the Soviet Union did not enter into this agreement without securing in advance the right to military intervention in the other Eastern European countries. In 1956, the uprising in Hungary was crushed by the troops of the Warsaw Pact, and Tito gave his support for this. Internal relations in Yugoslavia fluctuated with relations with the Soviet Union. When this was good, tightening happened in Yugoslavia. When things were bad and the need for support from the West increased, conditions became freer. In 1960, relations with Roman Catholic, Greek Orthodox and Islamic denominations were significantly improved, with widespread access to free religious practice. This also aimed to create better relationships with countries where these denominations were officially recognized.

By 1953, a new land reform had allowed private farming, and 80% of the land was left on private hands. The combination of private economic activity and self-management led to an average annual economic growth of 8.1% during the period 1953-65. In 1968 industrial production was 12 times greater than in 1950, and in the national economy it weighed three times that of agricultural production. The consequence was that the country’s economic and social model created a lot of interest on the European left – among other things. in the Danish SF.

But the development was not without problems. The Republics have had very uneven economic growth. Slovenia, with its historical connection to Western Europe, had the same national product in the mid-1960’s. native like Italy, while Kosova was at Thailand’s level. These economic differences led to political conflicts. The most dynamic regions strongly advocated decentralization and economic liberalization, while the weakest regions held on to a system that made economic management and financial transfers possible.

In 1965, comprehensive economic reform was carried out, while conservative groups headed by intelligence chief Aleksandar Rankovic were put out of influence. The reforms entailed a sharp devaluation of the currency – the dinar -, freer imports, reduced subsidies, freer use of factories in the factories, a significant reduction in the state’s financial control of the companies, with a corresponding increase in the right of banks and local authorities. Private food business on a smaller scale was no longer met with restrictions. Private farming got better economic conditions. In the companies, political skills had to give way to professionals – especially in the management of the companies. The party generation was eventually replaced by younger forces, brought up in the autonomy of autonomy. In 1967, the visa requirement was removed, and tourism began to become an important industry. At the same time, the influx of Yugoslav workers to Western Europe began. It culminated in the 1970’s, when about 1 million Yugoslavs worked temporarily abroad. 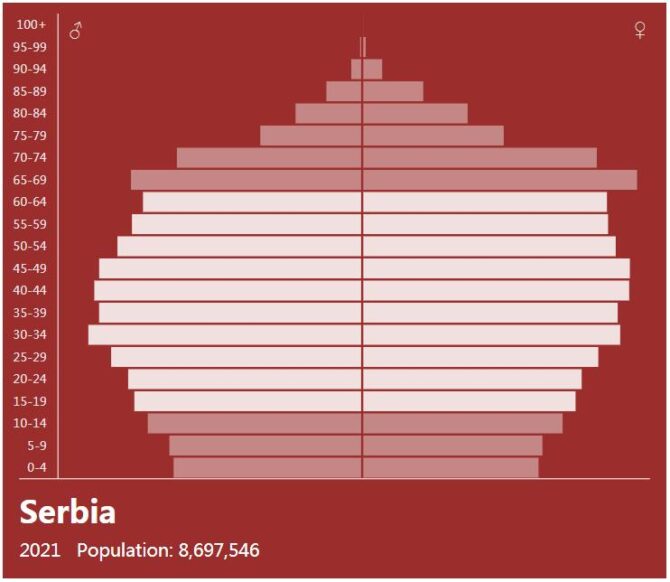