Norway. Nineteen people were killed in early January when a long-distance train collided with a local train near Elverum. The investigation of the accident showed a lack of safety routines within the Swedish National Rail Administration.

In the Labor Party, Ap, during the winter a strong dissatisfaction grew with Thorbjørn Jagland, who has not succeeded very well as opposition leader. In February, therefore, Jagland chose to hand over the role of prime ministerial candidate to 41-year-old Jens Stoltenberg. Jagland retained the party leader post.

After only a month, it was time for Stoltenberg to form an Ap Government with Jagland by his side as Foreign Minister. The minority coalition under Christian Democrat Kjell Magne Bondevik, who has been voted down several times in the parliament, resigned when he lost an environmental issue. The coalition wanted to postpone the construction plans for two gas power plants until its new technology could reduce carbon dioxide emissions. However, the proposal to build the power plants was voted on by Ap and Høyre.

The boom and the rising surplus in the state budget affected the demands in the wage movement during the spring. In May, the LO members voted down the agreement negotiated by the union’s management, which would give a fifth holiday week and salary increase of 75 öre per hour. Over 80,000 LO members went on a strike that mainly affected transport, hotels, construction and newspapers. The conflict lasted for six days and led to an agreement of 1.50 more per hour for the LO collective.

Despite the good economy, savings were announced in the supplement bill that was presented in May. The government said it wanted to avoid price and interest rate increases, and proposed reducing spending on, among other things. defense, aid, hospital investments and grants to families with children.

Ap’s opinion figures now fell sharply. Reports of resource scarcity in hospitals and schools, as well as high gasoline prices, were skilfully utilized by the leader of the Progress Party, Frp, Carl I. Hagen. He pushed the government on the defensive with his demands that the oil-rich Norway should use more of his surplus to lower taxes and fees – especially on gasoline – and increase school, health care and care appropriations. In September, opinion polls came out that shocked the Labor Party leadership. Frp had withdrawn from Ap’s role as N’s largest party and received support of 34%, while Ap had fallen to 22%.

The pressured AP leadership also met internal resistance, among other things. for its willingness to open for a new referendum on EU membership and for the proposal to partially privatize the oil company Statoil. Although the party congress in November went along the line of leadership, the EU critics got through to their condition that any application for EU membership is not possible before 2005.

In the parliament, the Swedish parliament received support for its budget proposal from the previous government parties Kristelig Folkeparti, the Center Party and the Venstre. The middle parties made a mark on the settlement, among other things. through reduced food VAT, an attempt to curb Norwegians’ shopping trips to the cheaper stores in Sweden. The trade leak to Sweden during the year was estimated to be around SEK 10 billion.

The population in Norway is rising, but the birth rate is falling. If every woman does not have more children than today, the population will also decline from the turn of the century. A similar situation existed in the interwar period, but the birth rate rose sharply again in the 1940s. The motive of the individual woman / family to have children seems very complicated, and greatly changing over time. Even today, future population development cannot be accurately predicted.

Is population growth a prerequisite for economic growth? Historically, the two things are related in time, but hardly in cause. For example, large parts of the growing 19th-century children’s age ended up in America because there was no room for them at home. The severe unemployment of the interwar years, often interpreted as the crisis of capitalism, was in fact demographic: Business did not need the 200,000 new workers who signed up.

As a long-term trend, the number of children in the Norwegian families is declining, from an average of 5 to an average of 2 children per child. family over the last hundred years. The circumstances surrounding child births have changed greatly. In the individual family, the parents were earlier at a greater age distance to the children than today – due to higher marriages, and at longer intervals between births. The Norwegians’ growing up environment was previously characterized by several siblings of greater age distribution. After the war, this changed to one sister or brother in close age. The parents are thus finished with the children’s litter around 40 years of age.

Wage work also plays an increasingly minor role in the lives of the Norwegians. It works less than before: The proportion of 16-70 year-olds who are in paid work is declining over time and is today lower than at any point in the past – also lower than in the 1930s. There are two main reasons for this: working years are getting smaller, and the government is taking over the cost of living for an increasing number of working-age people.

The working years are shortened both front and back: Higher education delays entry into the labor market, and the lower retirement age draws former people out of it. Before World War II, a normal working life lasted 60 years, today 40-45. This does not include retraining periods, etc. Today, children and young people in education and pensioners make up over 45% of the population.

But even among the 55% of working age, business participation is declining. Unemployment, work disability, illness and retraining make more and more Norwegians dependent on social assistance before they reach retirement age. About 800,000 Norwegians receive social benefits, only half of them are pensioners and their share is declining.

In the working population, more and more labor is being used in areas that were not previously considered work: office and service activities. More than half of the country’s employees work in the service sector. An increasing part of this business is conducted by the public sector. Every sixth or seventh employee sits in a public office, and in a job that is in practice guaranteed for life with the termination protection of officials.

Today, work is a rationed good in Norway, the protection of jobs is the central theme of all politics. Approximate resignation, as in public service positions, seems to be a general norm in working life. A special chapter of the work history in Norway is dedicated to women. Since World War II, Norway has had a lower proportion of women in employment than any other Western country, and this proportion has further declined over the past 20 years. The explanation is mainly due to the special combination economy that Norway and its dispersed population have been able to offer to most families. Alongside the care work, the women have run a covert primary business. Only a few places in the country have there been permanent offers of women’s jobs,

Within the paid care work, there has been a great change in the structure after the war, in that the home care services in the cities and the rural service posts have been wound up and replaced with jobs in the rapidly growing social sector. More professions become mixed professions. In addition, the settlement pattern complicates the provision of part-time primary jobs, and the general vocational training program outside the companies increases – also for women. These factors mean that Norwegian women are now seeking much more business than before. But the offer is not large, and the labor market policy is not specifically designed to promote women’s opportunities for pay. Women’s participation in employment is therefore still low. 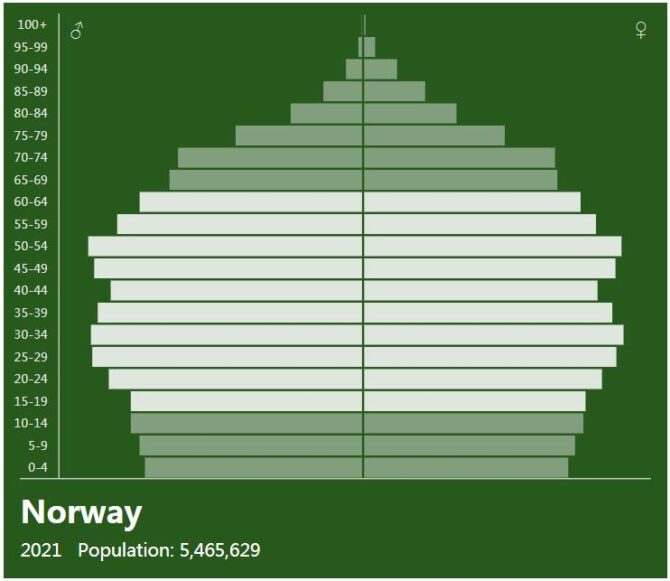