Iraq. The international iron ring around Iraq rusted more and more during the year. When Venezuela’s President Hugo Ch芍vez Fr赤as – also chairman of the oil exporting countries’ cooperative organization OPEC – visited Iraq in April, he became the first democratically elected head of state in the country since the Kuwait War in 1991. After him, foreigners of various rank continued to visit Baghdad. Some wanted to demonstrate their solidarity with the Iraqi people, who suffer severely from the UN sanctions. Others wanted to be in the starting pits for commercial operations when the sanctions were once lifted and the revenues that Iraq have gained access to since the volume restrictions for Iraqi oil exports were lifted in December 1999 can be freely marketed.

The new UN weapons inspection body, UNMOVIC (United Nations Monitoring, Verification and Inspection Commission), which the UN had created at the end of 1999, was unable to get started with its work during the year. Its representatives were not included in Iraq. The crack in the UN Security Council – with the United States and Britain on one side and France, the Russian Federation and China on the other – also eroded UN credibility. The United States and the United Kingdom continued to fire Iraqi air defense facilities in the no-fly zones in the northern and southern parts of the country and also to claim that all flights to and from Iraq required UN authorization. But at the same time, French and Russian aircraft were the first to land in Baghdad without permission when Saddam International Airport was opened in August.

A long line of Arab countries began flying to Iraq later in the fall, and on November 5, state-owned company Iraqi Airways resumed its traffic. At the Baghdad Fair in early November, representatives from more than 1,500 companies from 45 countries came, among others. Sweden.

In the Muslim countries, Iraq’s leader Saddam Hussein picked up points for being the one who harshly criticized Israeli violence when the Palestinian uprising broke out in September. One was even noted between Iraq and Iran.

During the year, several international organizations reported that child mortality in Iraq has doubled or even tripled since the sanctions were introduced in 1990. The main reasons were reported lack of electricity and water in hospitals, malnutrition and increased spread of infectious diseases. Two high-ranking UN employees in Baghdad, the Germans Hans von Sponeck and Jutta Burghardt, resigned in February in protest of UN humanitarian efforts in Iraq, which they considered to be completely inadequate.

In October, the UN published a report on violence and threats against politically active Iraqis in exile as well as on torture and executions in the country. Among other things, prisoners are locked in metal coffins that are kept open for only 30 minutes a day. Another report claimed that 50 people had been executed publicly in Baghdad. Among them were a number of women and girls who were punished with death for prostituting themselves.

In December 2008, US departing President Bush surprisingly visited Iraq to celebrate his victory over Saddam Hussein. For the first time, the president ventured out of a North American military base and held a press conference in Baghdad. The pictures from the conference came around the world when an Iraqi journalist was so provoked by the president’s statements that he cooled his shoes after the president.

Journalist Muntadhar al-Zaidi shouted: This is a farewell greeting to your dog. This is from the widows, the orphans and those killed in Iraq. The journalist was arrested and subjected to torture, but around the Arab world and among groups in the West working on the US war in Iraq that have cost 1 million Iraqis for the time being, shelling contests have been made against the Bush puppets.

In accordance with the agreement, the United States withdrew its forces from Iraqi cities on June 30, 2009. It was celebrated across the country with fireworks, and several called for June 30 to be a new Independence Day. At the same time as the retreat, crime in cities increased dramatically. It was unclear to what extent it was the United States that paid bandits to commit highly violent crime (abductions, robberies, shooting assaults, etc.), and to what extent former militia members were behind the crime. But at the end of the year, crime again dropped dramatically – to the lowest level since the 2003 invasion.

In September 2009, US Vice President Joseph Biden visited Iraq, where he met with Prime Minister Nouri al-Maliki. Partisans fired the US Green Zone in Baghdad with rockets during the two meeting inside the zone. Biden promised to withdraw the North American combat troops by August 2010 and the rest of the troops by the end of 2011.

In March 2010, parliamentary elections were held. The election was won by former Prime Minister Ayad Allawi’s Iraqi National Movement, which got 91 seats out of the 325 in the National Assembly. The incumbent Prime Minister Nouri al-Maliki’s state coalition had to settle for 89 seats. The election triggered the tradition of believing in a political crisis due to the problems of forming a new government and getting a president appointed. In May, the Rule of Law Coalition and the Iraqi National Alliance were merged into one party under the name National Alliance, but they remained 4 seats away from having a majority in parliament. Ten days later, the President of Iraqi Kurdistan, Massoud Barzani, announced that the four Kurdish parties in parliament were merged into one under the name Kurdish Lists Coalition, with a total of 57 seats. Only in December a new government was formed.

In April 2010, a North American soldier posted a video on WikiLeaks showing civilians Iraqi being shot in pieces by an Apache attack helicopter in 2007. In June, the United States military tracked down the soldier facing a war trial (US soldier linked to Iraq helicopter video leak charged, BBC 6 July 2010). There is a tradition that the United States does not punish war criminals, but only those who reveal them. 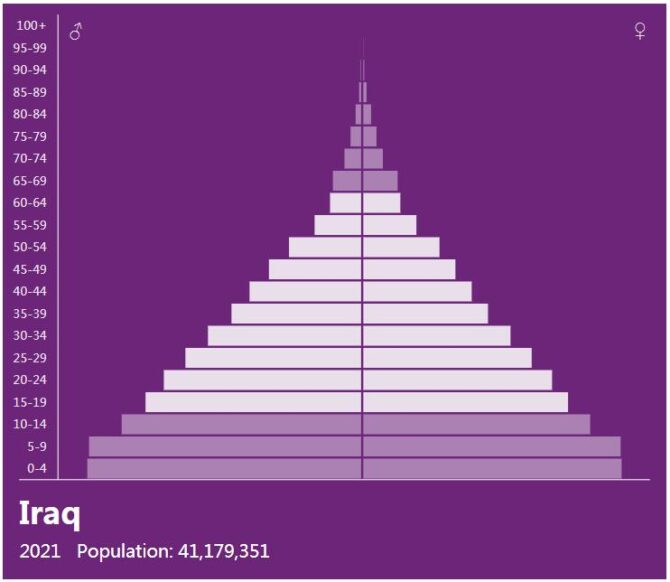