Indonesia. There were riots all year around the country. In May, more than 2,000 Islamic volunteers arrived in the Moluccas for a “holy war” against Christians. The army was criticized for not being able to curb the violence, and the government introduced exceptional laws in the archipelago. In January, thousands of Christians fled from the tourist island of Lombok near Bali after being attacked by Muslim extremists. Churches and residential buildings were burnt down.

In Aceh in northern Sumatra, at the beginning of the year, the army intensified the fight against the Movement for a Free Aceh (GAM, Gerakan Aceh Merdeka). At the same time, however, 24 soldiers and one civilian were sentenced to prison for between 8.5 and 10 years for a massacre in 1999. In May, the government and the GAM agreed on a ceasefire, which would pave the way for continued negotiations on the province’s future. GAM demands full independence for Aceh, while the government wanted to offer increased autonomy only. The violence continued during the ceasefire, and although this was later extended until 2001, the population’s demands for a UN-led referendum on independence increased.

Concerns also occurred in Irian Jaya in New Guinea, where the Organization of a Free Papua (OPM, Organasi Papua Merdeka) renewed the Declaration of Independence adopted as early as 1961 during the Dutch colonial era.

Former ÖB general Wiranto left the government in May after being suspended for three months due to suspicions that he was responsible for the military overwhelm in East Timor in 1999. Several other changes also took place in the government, where most ministers responsible for the country’s economy was replaced. Abdurrahman Wahid was criticized for weak leadership and left the daily government work on Vice President Megawati Sukarnoputri, but at the same time dismissed most ministers from her party PDI-P and the former Golkar government party.

Parliament adopted a constitutional amendment in August that protects militants from being retroactively punished for violating new human rights laws. The military was also promised to retain its 38 seats in parliament until 2009. Former dictator Suharto was charged with embezzlement of more than SEK 5.5 billion. of state funds. The charge was initially dropped by a district court with reference to his faltering physical and mental health, but a higher court decided in November that a trial should be dropped.

The president’s son, Hutomo Mandala Putra, called Tommy, was sentenced to 18 months in prison for corruption, but disappeared and wanted internationally. Several bomb attacks shook official buildings in Jakarta in connection with legal action against the Suharto family. In an attack on the stock exchange building, 15 people were killed.

In the draft state budget for 2001, the government allocated a quarter of the expenditure on development projects in the provinces in the hope that, among other things, to curb separatist violence. The International Monetary Fund described the budget as “sensible”, but the decision to reduce fuel subsidies, which are expected to raise oil prices by 20%, triggered strong anger among the population. 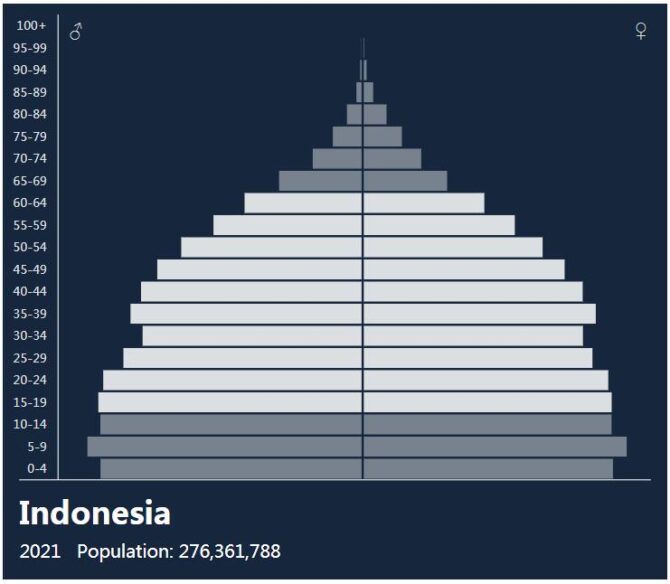