Finland. The country got its first female head of state when former Foreign Minister Tarja Halonen was elected president in February. In a second round of elections, Social Democrat Halonen defeated center leader Esko Aho with 51.6% of the vote, against 48.4%. A majority of rural voters supported Aho, while Halonen took the most votes in Helsinki and other major cities in the south. Halonen received particularly strong voting support among women and trade unionists.

Outgoing President Martti Ahtisaari had decided not to stand for election for a second six-year term because his own Social Democratic Party did not want to nominate him as a candidate.

When Halonen took office in March, a new constitution came into force, reducing the president’s traditional influence. The president can no longer play the leading role in foreign policy that former heads of state could do. Now mandatory “consultation with the Cabinet” applies, ie. government. In addition, EU policy is entirely run by the government.

Since a central settlement in the labor market had failed at the beginning of the year, sectoral wage negotiations were conducted with a number of conflict threats.

The Chemical Workers’ Union went on strike in March, which meant production stoppages in the chemical base industry and in the oil, gas and petrochemicals industry. The threat to the social economy caused the employer side to reluctantly agree to a 3.9% wage increase after a week’s conflict. Directly following the chemical conflict, a transport workers’ strike followed, and in April the entire Finnish paper industry was paralyzed. 30,000 workers went on strike demanding, among other things, 4.6% wage increase. Europe’s largest paper company, the Swedish-Finnish Stora Enso, estimated the losses to be more than SEK 40 million. per day. The strike was canceled after just over a week, after the parties agreed to a three-year agreement with a 4% pay raise for the current year.

In June, the Riksdag voted to tighten the Aliens Act. Asylum seekers may in the future be rejected five days after the Immigration Service’s decision without a appeal being processed. The issue was very much debated and the government split.

The coalition’s small parties wanted a milder line, but social democrats and moderates voted through the law with the support of opposition center parties.

In June, the Riksdag decided to sell the state’s majority shares in the telecom company Sonera. At that time, the former state-owned telecommunications company was already the second largest on the Helsinki Stock Exchange, where at the beginning of the year, the mobile phone giant Nokia accounted for about 60% of the total market capitalization. Nokia’s share price fell sharply during the summer but rose in the fall, as the company’s sales had increased by 50% during the third quarter. In the autumn, the Swiss World Economic Forum presented a ranking list of the competitiveness of the world’s economies, where Finland was placed in first place. The Finnish business climate was described as the best in the world. One of the Finnish industries that performed best during the year was the forest industry.

Since the parliamentary elections in March 1999, Finland had held both EU and presidential elections when it was time for municipal elections in October 2000. Interest was moderate, with only 55.8% of voters taking part. The Center made its best choice since the fifties and gained 23.8% against the Social Democrats 23% and the Socialist Party’s 20.8%. The Greens had great success and received a quarter of the votes in Helsinki. 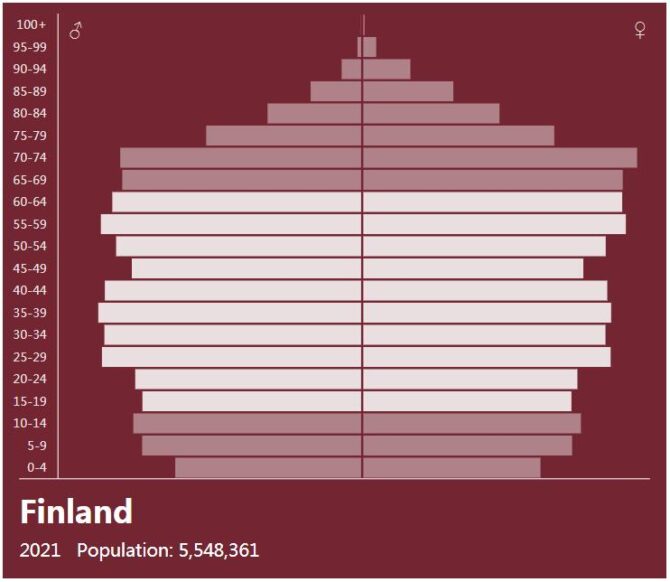