Algeria. The amnesty issued by President Abdelaziz Bouteflika for militant Islamists in the summer of 1999 expired on January 13. According to official sources, at that time 1,500 Islamists had laid down their weapons. However, only one active guerrilla group had joined the offer. It was AIS (Armée Islamique du Salut, Islamic Rescue Army), the military branch of the Forbidden FIS (Front Islamique du Salut, Islamic Rescue Front), whose leadership announced January 5 that the organization would be disbanded. According to reports, many of the members would instead join the country’s armed forces to fight the armed groups GIA (Groupe Islamique Armée) and Da’wa wal Jihad (Call and Fight).

Violence continued in 2000. Over six weeks, for example, over 200 people were killed. The vast majority were civilians, many of them brutally murdered by cutting their throats from ear to ear. In November, the human rights organization Amnesty International called on the Algerian government to revoke the amnesty and bring those suspected of being involved in massacres to trial, whether they are Islamists or members of the security forces.

Algeria’s relationship with Europe improved during the year. In June, Bouteflika visited France, a country that no Algerian head of state had visited since 1962. In July, Spanish Prime Minister José Maria Aznar visited Algeria in the company of representatives of Spanish large companies.

Approximately 2,000 refugees from sub-Saharan countries lived for several months in very difficult conditions in camps on the border between Morocco and Algeria. Their hope was to get to Europe, but in late September Algeria sent them back to their home countries. 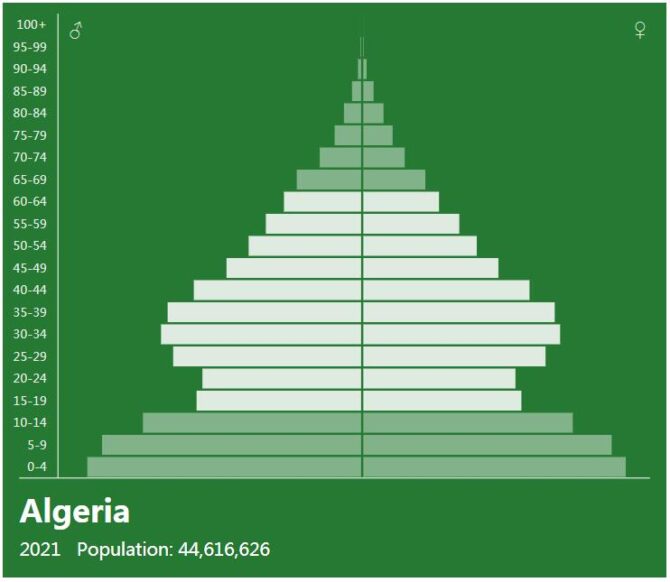