Afghanistan. One of the opposition’s leading leaders, Herat’s former governor Ismail Khan, in March managed to escape from prison where he was held since the Taliban militia captured Herat in 1995.

Afghanistan was hit during the year by the most severe drought since the early 1970s. About twelve million people were estimated to suffer from food shortages, and large numbers of livestock died. The United Nations World Food Program (WFP) raised an alarm in October that food supplies would end in February 2001 unless aid to Afghanistan increased.

The drought and the ongoing fighting in the north-east of the country triggered a new refugee stream against neighboring countries. In early September, the Taliban captured the city of Taloqan and nearby valleys in the province of Takhar. As a result, the opposition forces were crowded into an even smaller area. The relations between the opposition troops in the northeast and those in the Panjshir valley north of Kabul became more difficult.

During the year, both the Islamic Conference Organization (OIC) and the fugitive former king Zahir failed to end the war. They did not even succeed in getting the parties to meet. UN mediator Francesc Vedrell received half promises from both sides in late autumn to take part in new peace talks, but only to formulate a mutually acceptable agenda for the talks was expected to take months.

The outside world was also troubled by Afghanistan’s position as the world’s leading opium producer and reports that armed Islamic movements from many countries gathered on Afghan soil under Taliban protection. Taliban leader Mullah Mohammad Omar issued a total ban on opium cultivation, and the UN Drug Control Agency, UNDCP, estimated that this year’s harvest of crude opium decreased by almost a third to 3,275 tonnes. The decline could also be due to the drought, and the outside world was skeptical that the Taliban were prepared to forgo their most lucrative source of income. In the late autumn, however, there were signs that the ban would be complied with.

In December 2006, Danish film director Christoffer Guldbrandsens premiered his film, The Secret War, which highlighted Denmark’s contribution to US torture of prisoners in Afghanistan. The film documented that Danish occupation forces – in violation of the Geneva Convention – extradited Afghan prisoners to US forces where they were subjected to torture. The film triggered a violent counter-offensive on the part of the government, seconded by the government’s press with the News newspaper at the head. The prime minister’s standard comment: “there is nothing to come by” was repeated daily. The government opposed an investigation into Denmark’s violation of international conventions, and instead the film was subjected to an investigation – which five months later confirmed the film’s central conclusions.

Several prominent British military personnel acknowledged in 2007 that NATO was losing the war against the Taliban. NATO had not learned from the earlier British and later Soviet attempts to colonize the country. In October, former British envoy in Bosnia, Lord Ashdown joined the chorus of critics as he told The Telegraph newspaper: “I think we have lost and success is unlikely”.

In October 2007, increasing pressure on NATO forces led the Alliance to discuss an extension of the war effort. The alliance formally pledged to send more forces to the country, but without any concrete figures being set. Despite widespread Western war propaganda about the situation in the country, NATO declared dissatisfied with the war coverage and escalated the dissemination of its own version of the war. The Danish Ministry of War sent a propaganda unit to Afghanistan to handle the “information” of the Danish population. Important information about Afghanistan today must be obtained mainly outside Denmark’s borders. At the BBC, Guardian or completely independent sources.

In 2007, Denmark withdrew its forces from Iraq to concentrate instead on southern Afghanistan in the Helmand province. In the following years, 35 Danish soldiers were killed in fighting with the Taliban, and a majority of the Danish population opposed the war adventure in Afghanistan. The original Danish argument for the war adventure was a contribution to « democracy»In Afghanistan. In 2008, this argument was changed to “if we are not in Afghanistan, they will come to us” – that is, part of the United States’ so-called war on terror. In July 2008, the North American think tank Rand published an analysis of 40 years of dealing with “terrorist organizations”. It showed that over 40 years armed movements have only been militarily defeated in 7% of cases, in 10% the movement has won, and in 45% political agreements have been reached that have led to peace. 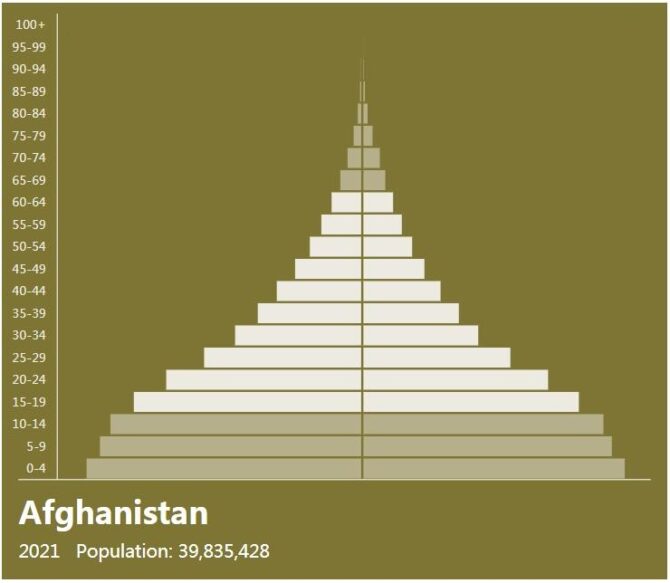